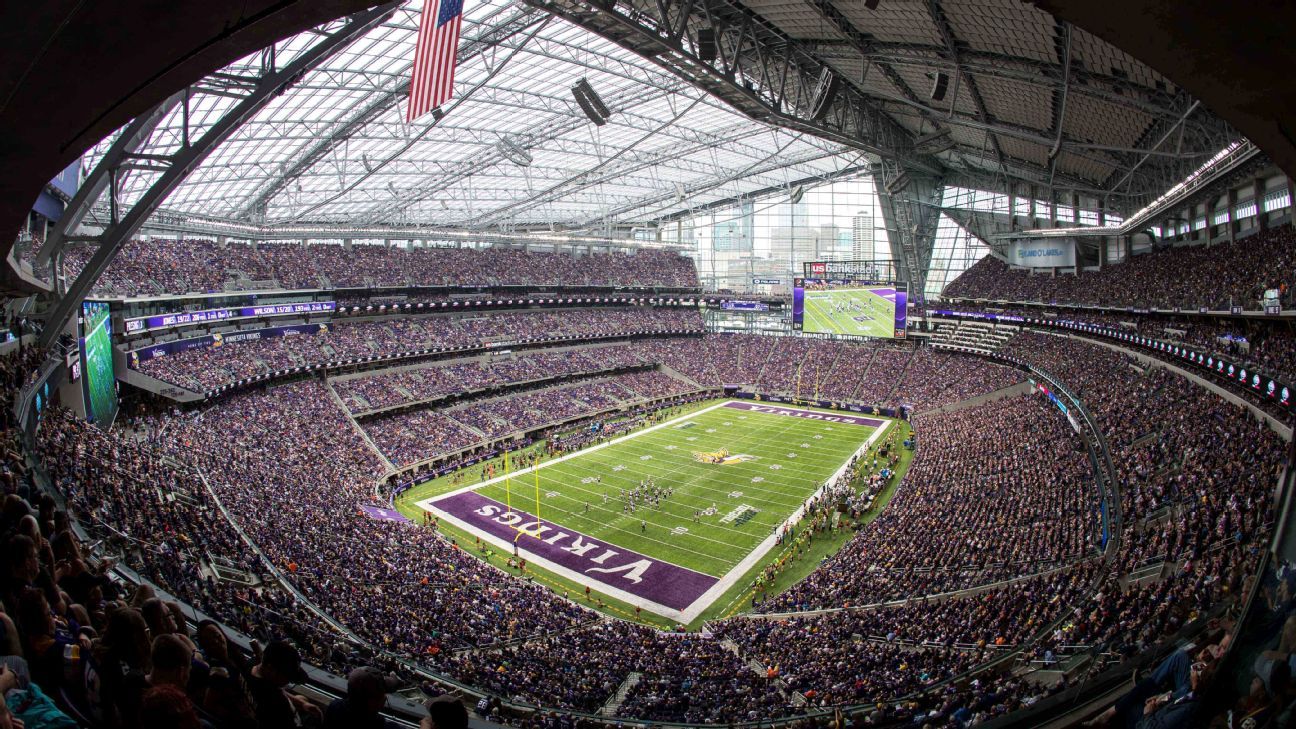 As of now, the game remains scheduled for Raymond James Stadium in Tampa. The Buccaneers, however, have evacuated the area because of effects from Hurricane Ian’s landfall.

U.S Bank Stadium is available because the Vikings will be in London to play the New Orleans Saints.

Miller offered no timetable or deadline for making a decision but pledged that the league will not do anything to “negatively impact public safety efforts in the affected areas.” He did say that if the game is moved, it would be played Sunday night rather than a day or two later.

“This is only a contingency,” Miller said, “but we will remain nimble and adaptable.”

The Buccaneers relocated their players, coaches and some of their families to the South Florida area and are practicing at the Miami Dolphins‘ facility. Playing in Tampa remains the team’s choice. “We can’t control the outside forces,” Bucs coach Todd Bowles said. “You know, our thoughts are with the city of Tampa right now, but where we have to play … hopefully it is Tampa and everything is fine; that means we’re not damaged too much. But if we have to go play elsewhere, you know, we just have to focus and lock in. Nobody’s going to feel sorry for us, you know, so we’ve got to be ready to play.”

Chiefs coach Andy Reid said his team will be ready to play wherever the NFL schedules the game.

“We’ll get ourselves ready for that,” Reid said. “When the league announces it, then we’ll go ahead and move forward in that direction. That could be in Tampa, could be there [Minneapolis]. My heart goes out to the people of Tampa. I haven’t quite followed and [don’t] know how much it’s hit and/or going to be hit, but from what I heard, it sounds like it could be quite a deal.”

This would not be the first time the NFL has moved a game for weather reasons. Detroit’s Ford Field has hosted such games twice. One came in 2010, when the Vikings and New York Giants‘ game at the Metrodome was upended by heavy snow and the collapse of the stadium’s roof. The other was in 2014, when heavy snow in Buffalo forced the Bills and New York Jets to shift venues.

MLB’s winter meetings are back! Predictions, updates and everything you need
Rangers sign deGrom to blockbuster 5-year deal
How DeMar DeRozan found his level playing next to Zach LaVine
Warriors’ Green gets $25K fine for cursing at fan
Resilience, not veteran stars, the key to Croatia beating Japan