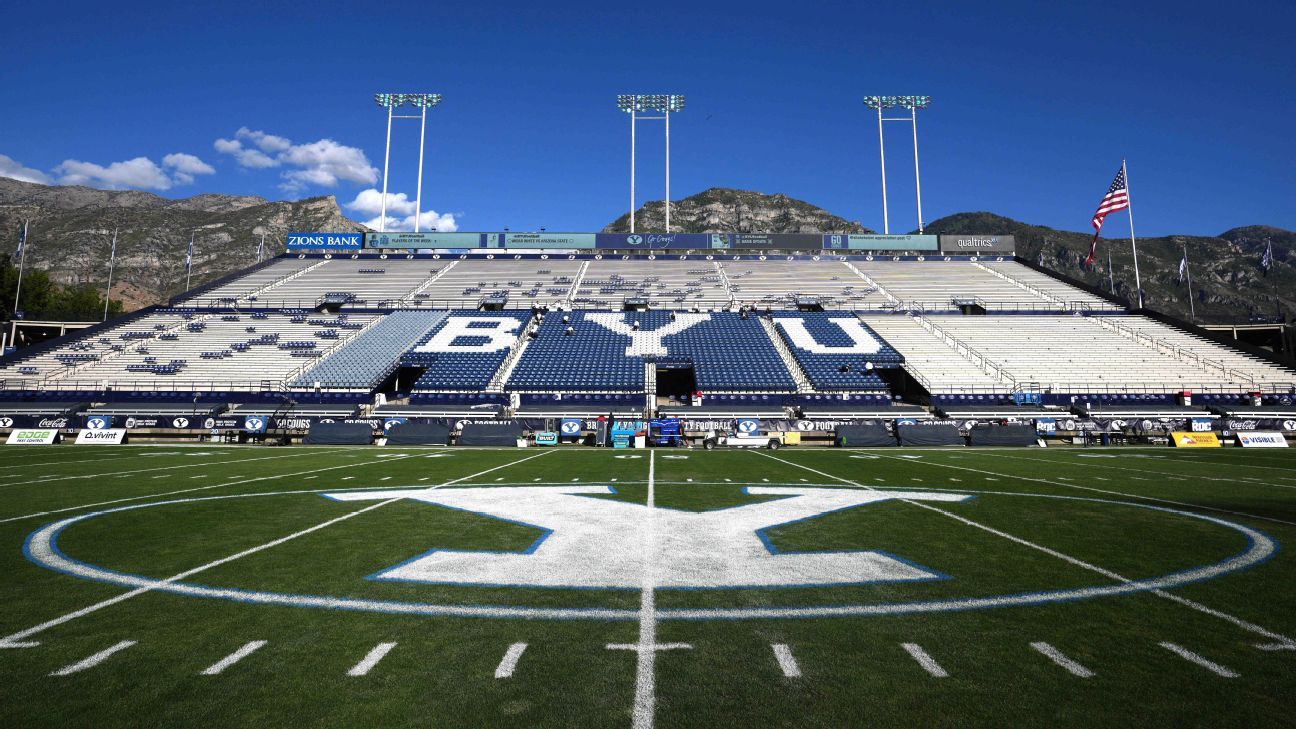 BYU on Saturday night will recognize members of the Black 14, a group of former Wyoming players kicked off the team in 1969 for wanting to protest a Latter-day Saints church policy that prohibited Black men from becoming priests.

Black 14 members Mel Hamilton and John Griffin will serve as “Y Lighters” and be honored before BYU’s home game against Wyoming. In 1969, Hamilton, Griffin and 12 of their Black teammates requested to wear black armbands for the BYU game as part of a protest by the school’s Black Student Alliance against the LDS church priest policy. Wyoming coach Lloyd Eaton kicked them off the team.

The Black 14 later formed a philanthropic organization to serve communities in need, and it partnered with Latter-day Saint Charities to provide food for communities. In 2020, the group delivered more than 180 tons of food in eight states near the homes of the Black 14 members.

BYU’s communications school made a documentary about the Black 14 and its work with LDS charities, which was shown to BYU coaches and athletes, and aired publicly in Provo, Utah, this week. Hamilton and Griffin have participated in several discussions and presentations at BYU’s campus this week. They will be on the field at LaVell Edwards Stadium for the first time since the 1968 game between BYU and Wyoming.

“It took me years to share my story, I was angry for 10 years,” Griffin said in a statement. “What we decided to do, and when Mel reached out to [former BYU quarterback] Gifford Nielsen, was develop a partnership that dealt with giving back food to those who are in need. That relationship has grown into something pretty darn special. If you look at what happened to us in 1969, you could say now that it was a tragedy turned into philanthropy. That’s in essence what we’ve done, and we aren’t done yet.”

BYU president Kevin Worthen added: “It’s pretty powerful to say, we can get a lot done for our communities to help them but also help heal the wounds that have been felt in the past as we do service today.”

The honoring of the Black 14 comes after Duke volleyball player Rachel Richardson, who is Black, said she repeatedly heard a racial slur directed at her during a Aug. 26 match at BYU from someone sitting in the BYU student section. BYU conducted an “extensive review” of the incident and found no evidence of racial heckling. The school lifted a ban on a fan it had barred from athletic events immediately after Richardson’s allegations.

Cameron Smith to miss Open second cut
Sources: MMA coach barred during betting probe
Baker: Astros ‘have interest’ in signing Contreras
Why are subs scoring more at 2022 World Cup than ever?
Harden 4-for-19 in return as 76ers lose in 2OT