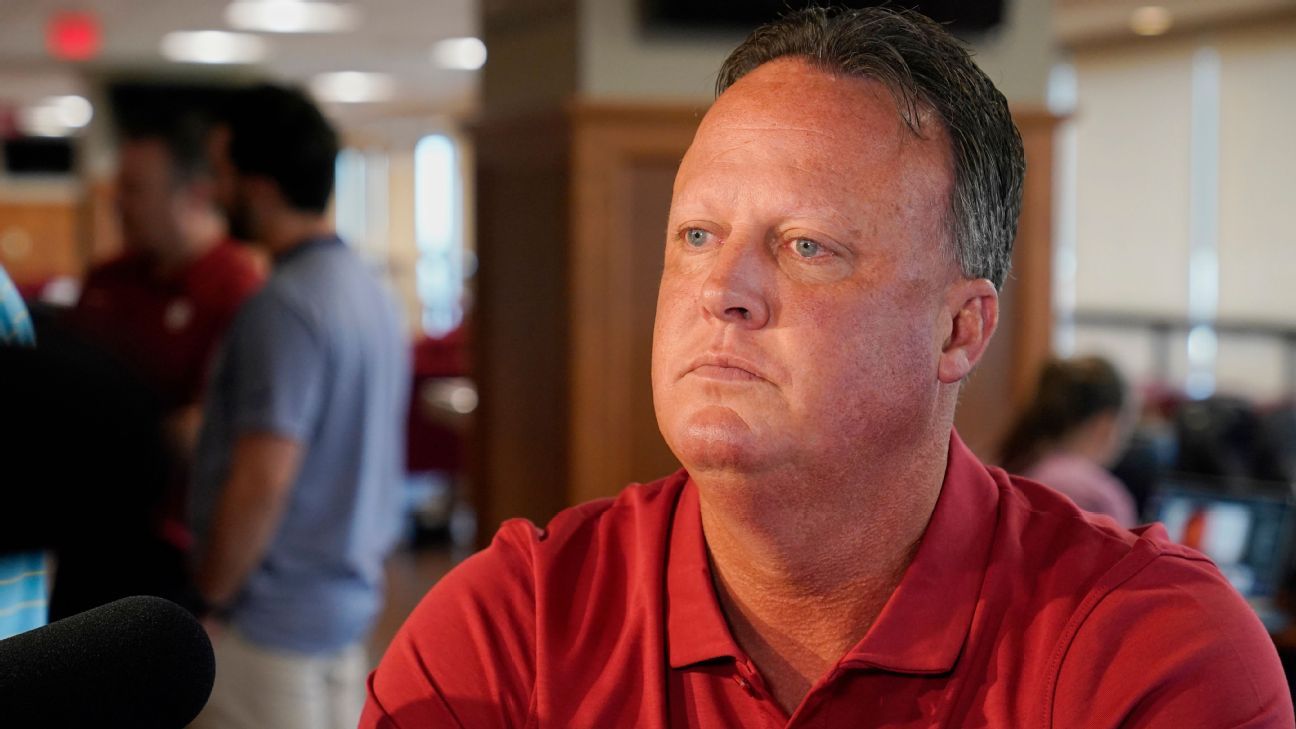 Cale Gundy, a fixture on the Oklahoma sideline and the longest-tenured football coach in the Big 12, resigned Sunday night, saying that he read aloud “a word that I should never — under any circumstance — have uttered” off the screen of a player’s iPad during a film session last week.

“The unfortunate reality is that someone in my position can cause harm without ever meaning to do so,” Gundy wrote in a statement posted to his Twitter account. “In that circumstance, a man of character accepts accountability. I take responsibility for this mistake. I apologize.”

Gundy, 50, the younger brother of Oklahoma State head coach Mike Gundy, played quarterback for the Sooners from 1990 to 1993, setting nearly every school record by the time he graduated. He then returned as part of Bob Stoops’ first staff in 1999 and had been a part of all of Oklahoma’s 14 Big 12 titles and its 2000 national championship. He spent 16 years as the running backs coach, followed by seven more coaching inside receivers, and was OU’s assistant head coach.

Gundy said that in the moment he “did not even realize” what he was reading and, as soon as he did, “I was horrified.”

“I want to be very clear: the words I read aloud from that screen were not my words. What I said was not malicious; it wasn’t even intentional,” Gundy wrote. “Still, I am mature enough to know that the word I said was shameful and hurtful, no matter my intentions.”

First-year Sooners head coach Brent Venables, who served as an assistant alongside Gundy from 1999 to 2011 in Norman, issued a corresponding statement Sunday night.

“It’s with sadness that I accept Coach Gundy’s resignation. He’s dedicated more than half his life to Oklahoma Football and has served our program and university well,” Venables said. “We’re thankful for that commitment. We also acknowledge that in stepping aside he’s placed the program and the welfare of our student-athletes first. In coaching and in life, we’re all accountable for our actions and the resulting outcomes.”

Gundy noted in his statement that he did not wish to be a distraction.

“I recognize this is a critical moment for Oklahoma football,” Gundy wrote. “This team — its coaches, players, administration and fans — do not deserve to be distracted by off-the-field matters while working to continue the tradition of excellence that makes me so proud to be a Sooner.

“Naturally, I leave these sidelines heavy hearted. Coaching this football team truly has been my life’s passion.”

Venables said that L’Damian Washington, an offensive analyst, will replace Gundy on an interim basis.