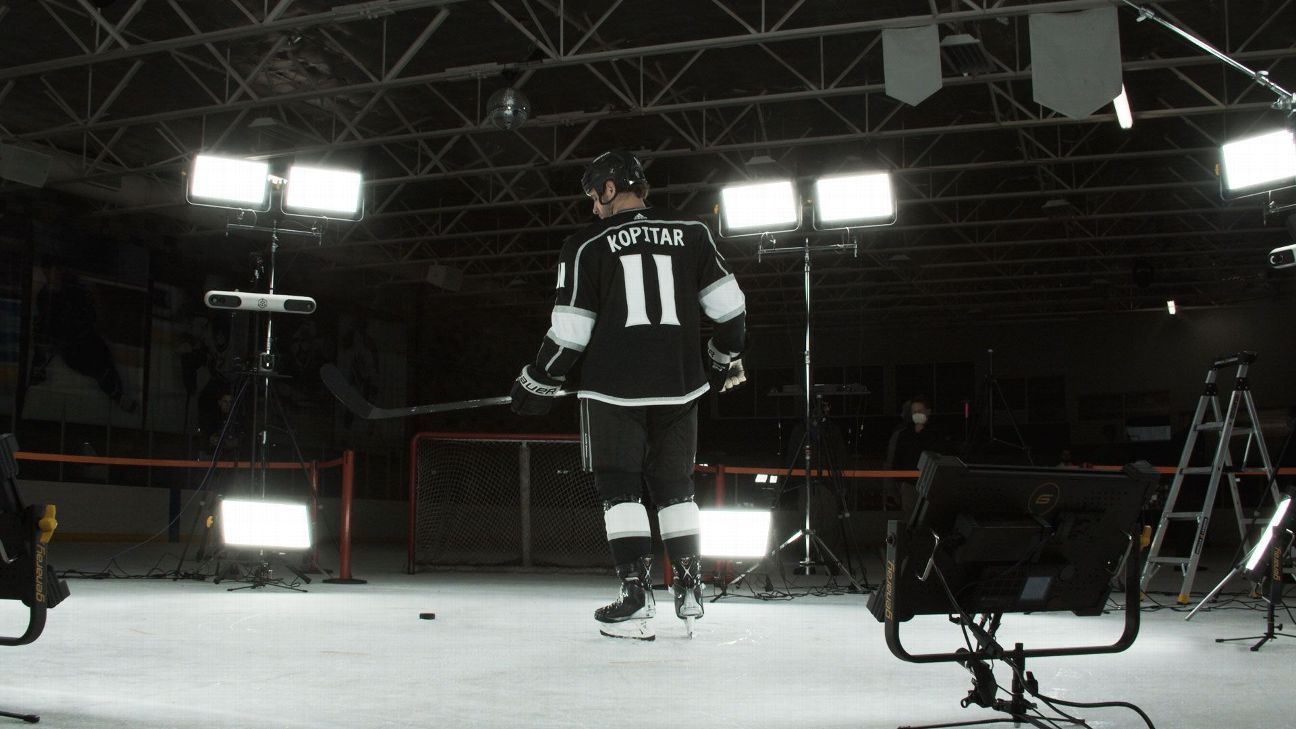 It was a Stanley Cup Playoff game in May, and the Kings were putting some dizzying imagery on their arena video screens, with 3D images of players.

“It was really cool, actually,” the Hockey Hall of Famer said. “The guys were going off the ice, changing. And we had our mascot dancing on top of them while that was going on.”

“You had to kind of do a double-take. It’s something different that no one’s ever seen before. But as an organization, we feel it’s important to try new things.”

In this case, the new thing was the Metaverse, a network of 3D virtual worlds focused on social interaction. Or, more specifically, bringing the Kings into that new frontier by becoming the first NHL team to use volumetric technology to film its players.

The Kings partnered with Tetavi, an Israeli-based company, to create two videos that that showed the potential for immersive technology in the Metaverse.

Tetavi took its portable production studio and set it up on the Kings’ practice rink in El Segundo on a day in April. Los Angeles players, like Anže Kopitar, Phillip Danault, Adrian Kempe, Viktor Arvidsson, Trevor Moore and Alex Iafallo, skated around in full gear as eight cameras filmed their motions. The same process was used to film Bailey, the Kings’ lion mascot, banging a drum and dancing around.

Take a look at how the Kings are innovating with immersive new technology on their arena video screens.

In the past, this type of venture would have had players heading to a remote studio for an all-day shoot. The Kings marveled at how the Tetavi process took four hours from setup to filming at their practice rink. Especially because the players were in the midst of an intense playoff race.

Using the footage and its machine-learning technology, Tetavi built out the models of the players and the mascot at their studios. The final product was shown during the Kings’ playoff series against the Edmonton Oilers.

“It was a pleasure working with the players and Bailey to bring this in-game activation to life, and we have ambitious plans to supercharge engagement for Kings fans around the world,” Tetavi CEO Gilad Talmon said. “This is a major step in our mission to democratize volumetric technology.”

The videos were shown on the arena’s video screens rather than in a VR headset. They were just a taste of what volumetric capture can produce. But it wasn’t hard to imagine a fan immersing themselves in the Metaverse as 3D Kings players whirl around them or as an expanding army of Baileys pound their drums around them.

“When they brought it to us, we thought it was an opportunity to create a different view of game entertainment and a different communication with the fans,” Robitaille said.

He couldn’t help but imagine what could come next.

“I see the potential for a postgame component where fans can be next to the players,” he said. “You could see where we could create fun things where people are behind the bench or they’re in the penalty box with the players. It would be a really fun part of the game that no one’s never seen before.”

The NHL is just dipping its collective toes in the Metaverse. While the Kings were playing with volumetric capture technology, the St. Louis Blues debuted the NHL’s first Metaverse shopping experience. The Blues Experiential Reality featured an immersive Metaverse experience that was accessible on any device, featuring a 3D photorealistic locker room that served as a showroom for merchandise.

The league has been working with companies on ways to watch games using an Oculus headset using the NHL’s puck- and player-tracking technology, and believes that’s a gateway to further involvement in the Metaverse.

Many of the NHL’s VR innovations are geared toward younger fans.

“How do we create an additive experience for kids at the game?” Dave Lehanski, the NHL’s executive vice president of business development and innovation, pondered at a technology showcase in New Jersey earlier this year. “What we want to do is take this experience and add stuff that people never contemplated before.”

Robitaille acknowledged that but doesn’t believe that technology alone will enchant young fans. It has to be worth their time.

“You’d be lying if you said you weren’t trying to get to a younger audience,” Robitaille said. “But I think for us what’s important is to try something new and take risks.

“If you’re doing it right, people will search for it. I prefer to that than some gimmick to get the kids in. Those kids aren’t fools. They know what’s cool. They buy Coachella [tickets] before they even know which bands are playing.”

The NHL expects there will be other forays into the Metaverse from teams this season, as they’re curious about how the technology works and how it can be integrated into their marketing and fan communication plans.

Robitaille expects the Kings to continue to be one of those teams at the vanguard of experimentation.

“When you come up with something, you can call the L.A. Kings and we’ll give it a try. I think that’s important,” he said.