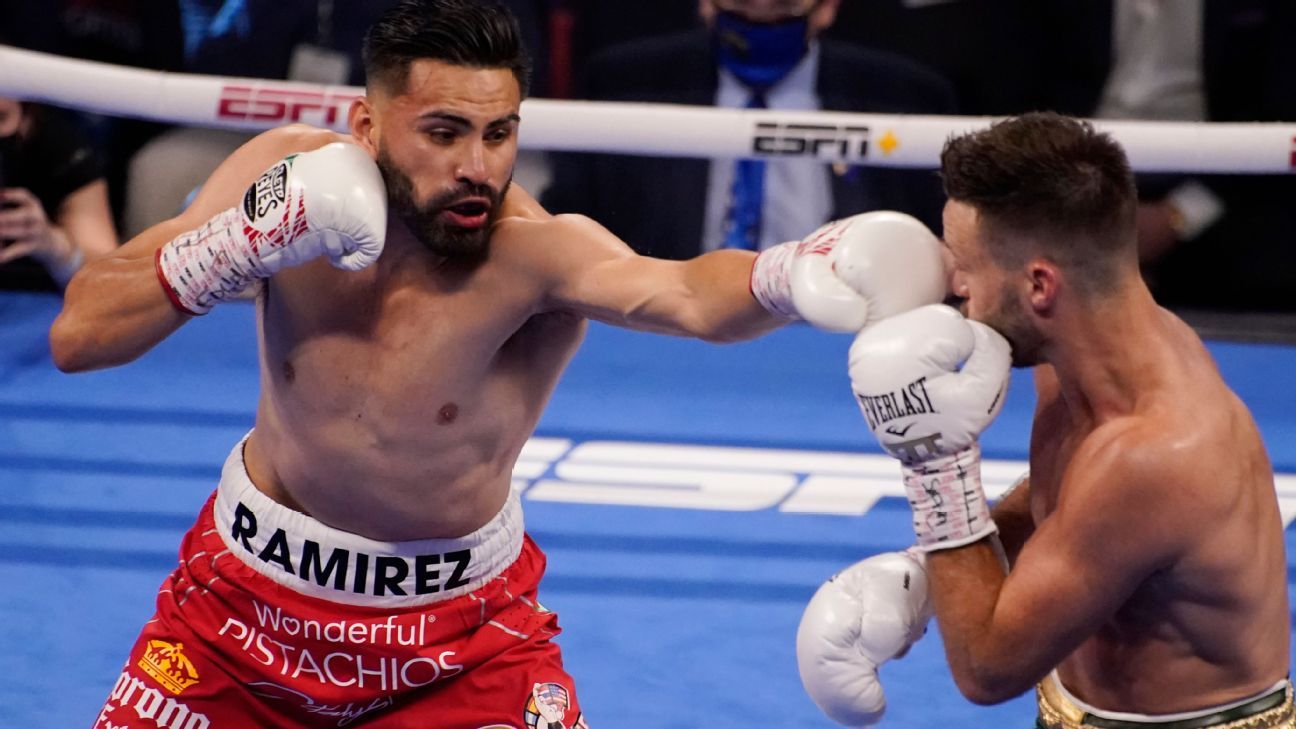 Jose Ramirez will wait a little bit longer for the opportunity to regain his WBC junior welterweight title.

He scrapped plans for a vacant title fight against Jose Zepeda that was ordered by the WBC because of a conflict with his wedding in October, a spokesperson for Ramirez said in a statement provided to ESPN.

In his place, former champion Regis Prograis now has the chance to fight Zepeda for the 140-pound belt. The WBC formally ordered the fight on Sunday evening and informed both parties that a purse bid will be held on Aug. 30 if no deal is struck before then.

Ramirez, who lost his two belts to Josh Taylor in a May 2021 undisputed championship fight, will be the mandatory challenger to the winner of Prograis-Zepeda, sources told ESPN.

“Due to the light welterweight division being held hostage by champion Josh Taylor, as he eventually declined to fight the mandatory challengers for the WBC and WBC, Jose was unable to secure a fight that did not conflict with his wedding,” Ramirez’s spokesperson said.

Taylor relinquished two of his four titles as he pursues a rematch with Jack Catterall in a bout that could take place on Nov. 26 in Glasgow, Scotland. When they met in February, Taylor prevailed via controversial split decision. There’s no deal yet for a return encounter.

“I’m beyond happy to be getting a shot at the title again,” Prograis told ESPN. “My goal was to become a two-time world champion and it couldn’t have come at a better time. I want to establish myself as the best 140[-pound boxer] on the planet again.

“And on top of that, Zepeda is a real killer in the 140-pound division, so this is a huge fight, not just for the division but for boxing.”

Indeed, this shapes up as a compelling action fight that will help sort out the crowded 140-pound landscape. Prograis (27-1, 23 KOs) has been itching for another meaningful fight since he dropped his title to Taylor via majority decision in an October 2019 unification bout.

Since a majority decision defeat to Ramirez in February 2019, Zepeda, who is from Southern California, has shined. Besides a decision win over Jose Pedraza, Zepeda, 33, scored a brutal KO of Ivan Baranchyk in ESPN’s 2020 fight of the year and, most recently, scored a first-round TKO of Josue Vargas.

“This fight will get made, no barriers, no politics in the way on this one with networks, nothing,” Rick Mirigian, who manages Zepeda and Ramirez, told ESPN. “The fans are getting a real fight.”

Prograis is promoted by Probellum, while Zepeda is with Mexico-based Zanfer Promotions, so it’s unclear which network will broadcast this fight. That could be determined following the purse bid if a deal isn’t struck before Aug. 30.