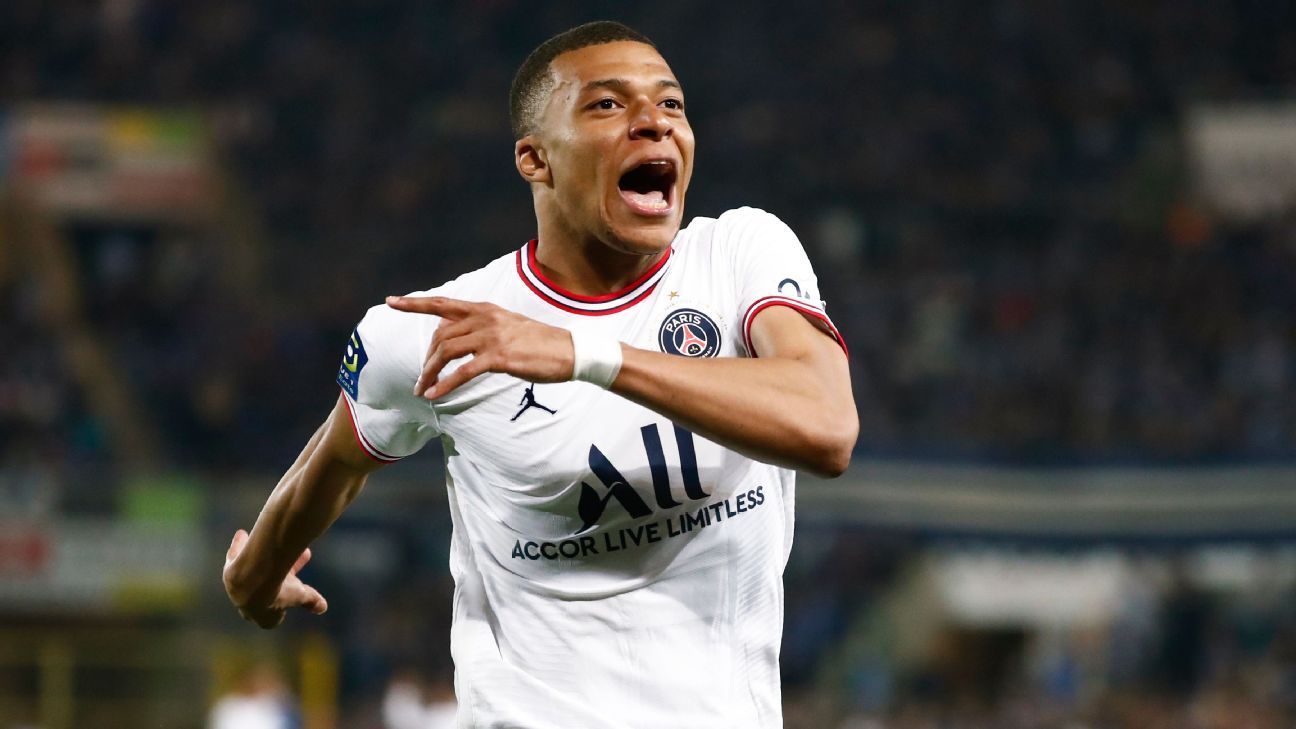 Kylian Mbappe has said he will stay at Paris Saint-Germain, sources told ESPN, in a shock U-turn that sees Real Madrid miss out again on their long-term transfer target.

Mbappe, 23, had been widely expected to move to the Bernabeu this summer, with his PSG contract due to expire on June 30. But following a late change of heart, Mbappe is set to sign a three-year contract with PSG.

Sources added Mbappe spoke with Real Madrid president Florentino Perez to inform him of his decision, as well as communicating it to PSG coach Mauricio Pochettino and his teammates.

Real Madrid had been in contact with Mbappe’s entourage all season since PSG rejected a series of bids in the region of €200 million for the forward last summer, and sources told ESPN they believed they had the player’s word that he would join them as a free agent.

However, PSG were determined to convince Mbappe to stay, and sources told ESPN they offered him much-improved terms on a new deal which was more financially attractive than Madrid’s offer in an effort to secure a change of heart.

Both clubs had been confident of winning the battle for the France international, but the lack of confirmation from Mbappe’s camp, as well as his public behaviour and statements in recent weeks, had led to uncertainty on both sides. Sources told ESPN on Friday that there was “nervousness and confusion” at Real Madrid around the Mbappe situation, as well as a growing “pessimism” over completing the high-profile signing.

The club had anticipated PSG’s late bid to change the player’s mind but believed that he would follow through on his commitment to them and resist the pressure he was facing from the French club.

This month, Mbappe was voted Ligue 1’s player of the year for a third time after scoring 25 goals and 17 assists as PSG won the league title. In the Champions League, PSG finished second in their group behind Manchester City before being eliminated by Real Madrid in the round of 16.

Madrid have been pursuing Mbappe for a decade but have now been frustrated once again in their desire to bring him to the Bernabeu.

He went on trial at the Spanish club in 2012, meeting childhood idols Cristiano Ronaldo and Zinedine Zidane, before signing for AS Monaco. Madrid were close to landing Mbappe in 2017 after he had starred for Monaco in their run to the Champions League semifinals, but the forward opted to sign for PSG, where he moved for a world record fee for a teenager of €180 million.

Throughout that time, he remained the primary target for Madrid and club president Perez. ESPN reported in August 2021 that Madrid made a series of offers for Mbappe, the last of which was worth up to €200m.

PSG sporting director Leonardo later criticised Madrid for a “lack of respect” for how they had handled their pursuit of Mbappe.

The player was frequently questioned by reporters over his future plans throughout the season — and shrugged off growing pressure from PSG to agree to a lucrative renewal — while enjoying a career-best season on the field.

Having turned down the chance to join Real Madrid, he will now remain PSG’s figurehead as he looks ahead to his sixth season at the French club.

Information from ESPN’s Alex Kirkland was used in this report.