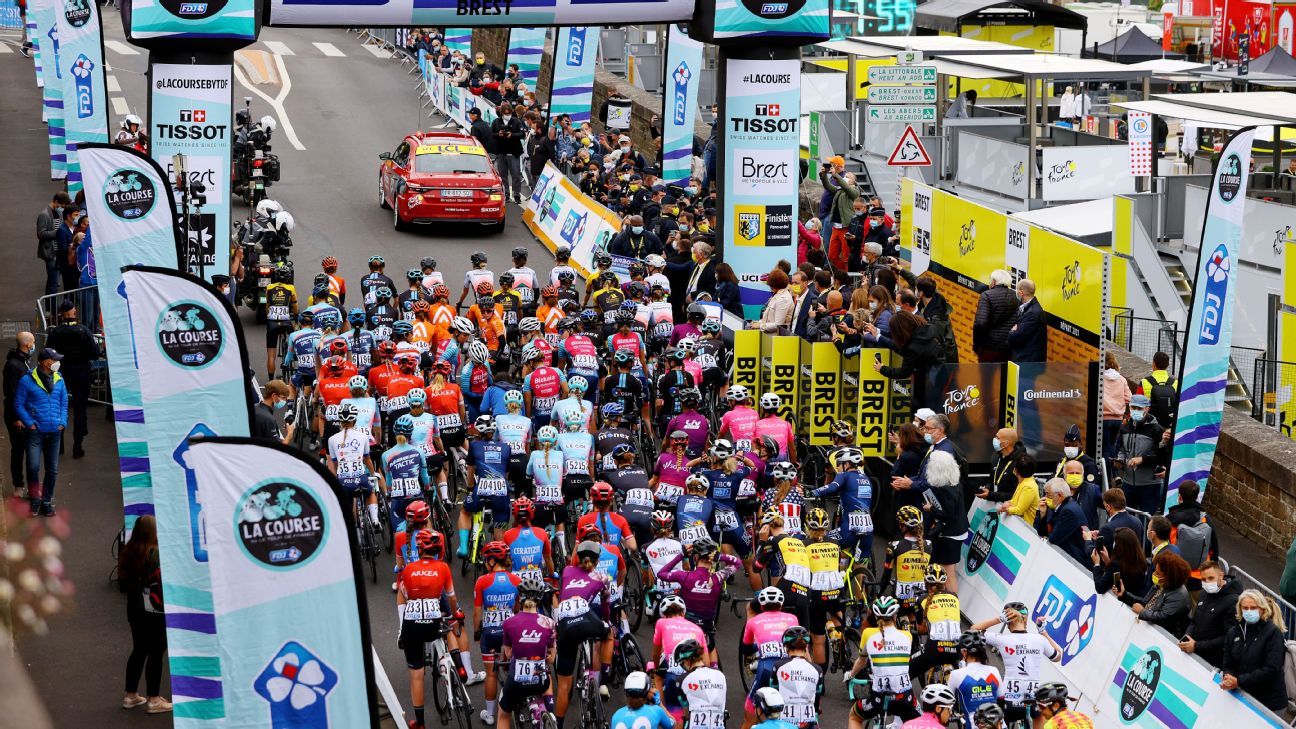 The roadside spectator who caused a massive pile-up during the first stage of the Tour de France in June goes on trial on Thursday in what a riders’ union said it hopes will help raise awareness over safety risks in cycling races.

The French woman, who has not been named, sent one cyclist tumbling — with dozens more falling to the ground as a consequence — because of a large cardboard sign she was holding at a television camera, facing away from the cyclists.

The young woman, whom a prosecutor said felt ashamed of what she did, is accused of involuntarily causing injury and putting the life of others at risk and faces a fine and potentially a jail sentence.

“The public is key to cycling races, it must remain that way, but it must be done with respect for the physical integrity of the riders,” Romuald Palao, a lawyer for the Professional Cyclists’ Association CPA, who is party to the trial said.

“This case is representative of what can happen with people who want to take centre-stage themselves with pictures, videos. It has to be done with a minimum of common sense and this was not the case there.”

A lawyer for the defendant declined to comment on the trial, which is taking place in the western France city of Brest. It was unclear if the verdict would be delivered right after the hearing on Thursday or at a later date.

The Tour de France withdrew its own lawsuit, saying safety on the race was key but the case had blown out of proportion after it triggered a media frenzy.

Lakers fail to close, ‘let it get away’ in 3OT loss
Packers jump back up to No. 1 in Power Rankings, plus how every team’s confidence has evolved
Transfer Talk: Man City want Real’s Benzema to solve striker issue
UFC releases one-time title challenger K. Lee
Sources: Blachowicz to return vs. Rakic in March