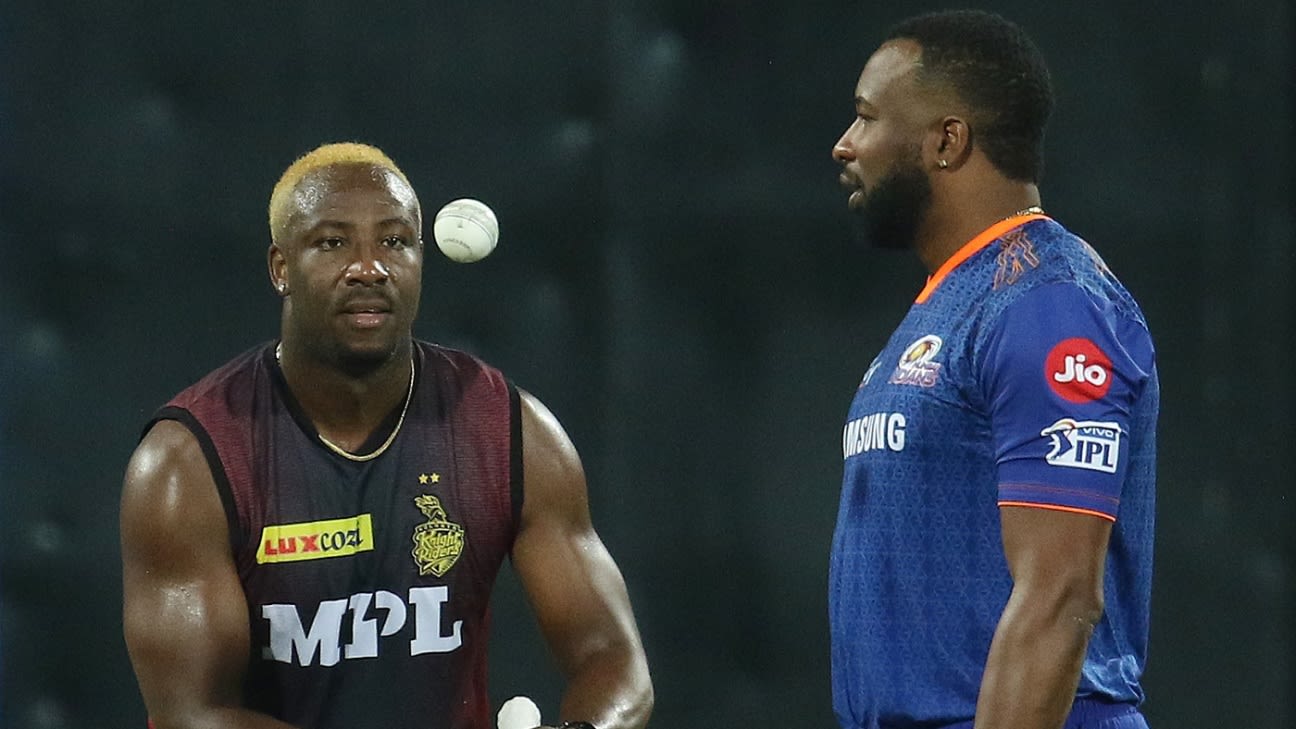 They’ve seen off the worst batting conditions this season could offer, and both batting units can expect a significant uptick in form

The Mumbai Indians have four wins in eight matches, and the Kolkata Knight Riders three wins in eight. They occupy the amorphous middle section of the points table, indicative of the poor-to-middling seasons a number of their biggest names have endured, particularly with the bat: Suryakumar Yadav, Ishan Kishan and both Pandya brothers on one side, and Eoin Morgan, Shubman Gill and – by his standards – Andre Russell on the other.

The teams’ modest batting returns so far can be at least partly explained by the fact that Mumbai and the Knight Riders have played five and three games, respectively, on Chennai’s slow turners. In theory, they’ve both already seen off the worst batting conditions this season could possibly offer, and both batting units can expect a significant uptick in form.

If that happens, these teams won’t remain mid-table for too long. But as we’ve seen in previous seasons (the Knight Riders in 2020, for instance), some batting groups can stay in a trough for long periods for no explicable reason.

Mumbai have dominated the Knight Riders to an absurd extent over recent seasons, winning 12 of their last 13 meetings. But with injuries potentially leaving Mumbai short of two key players for a second successive game, this could be the Knight Riders’ best chance to make that record look slightly better.

IPL 2021 is available in the US on ESPN+. You can subscribe to ESPN+ and tune in to Thursday’s match here.

Will Rohit Sharma and Hardik Pandya play? In his pre-match press conference, Trent Boult was non-committal about their respective fitness statuses, other than to suggest it was “more a precaution to let them have a rest” when they sat out Mumbai’s game against the Chennai Super Kings on Sunday. It’s unclear what that portends as far as their availability against the Knight Riders is concerned, but it is understood Rohit is a likelier starter than Hardik.

Karthik Krishnaswamy is a senior sub-editor at ESPNcricinfo