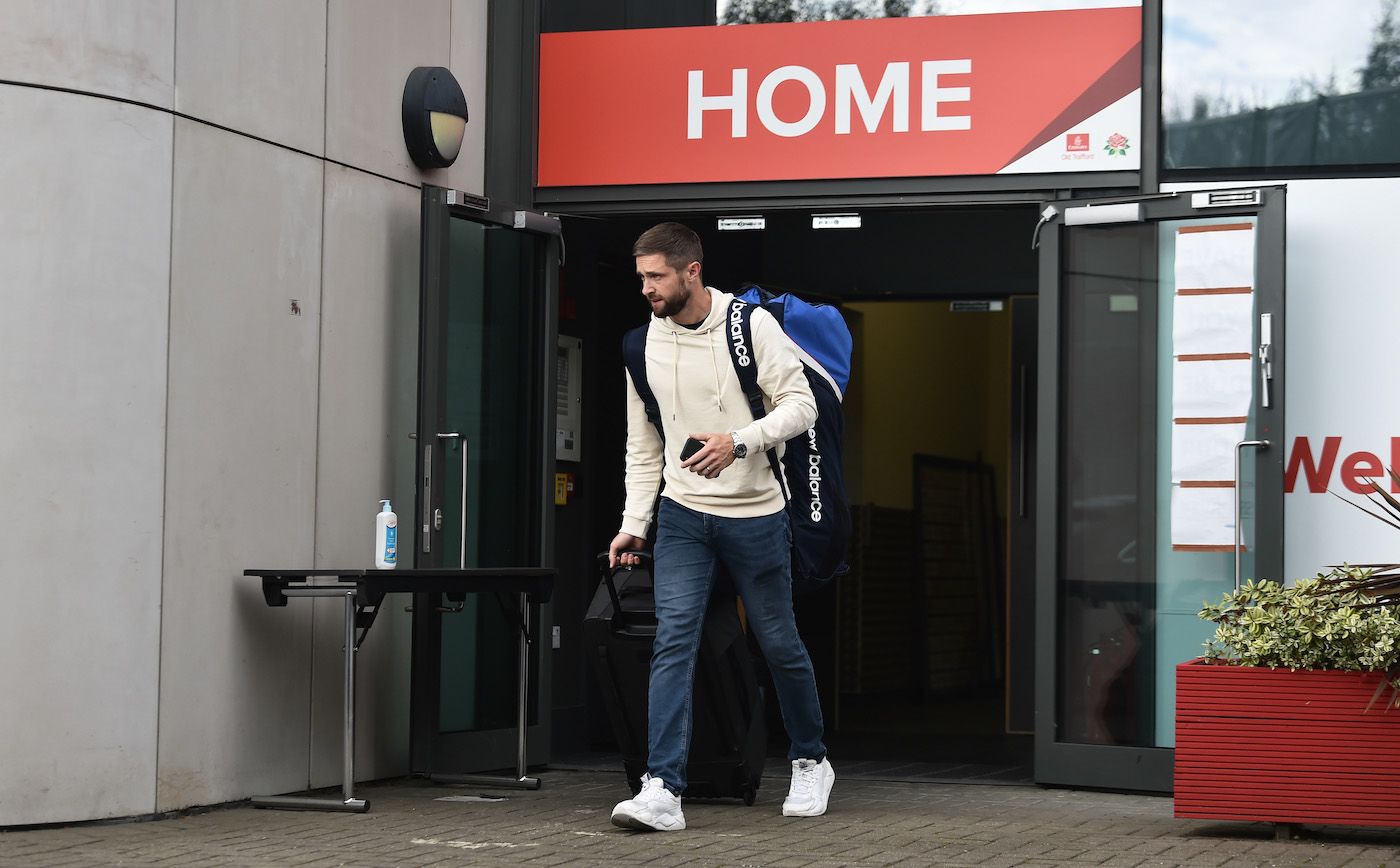 Warwickshire have been boosted by the news that Chris Woakes will be available for their must-win fixture against Somerset this week as they push for a first County Championship title since 2012.

Woakes, who is on an all-format England contract, pulled out of his IPL deal with Delhi Capitals last week to keep himself fresh ahead of the T20 World Cup and the Ashes this winter. He was initially due to play in only one of Warwickshire’s final two Championship games after the postponement of the Old Trafford Test, but the ECB have released him to play for the second week in a row following discussions with the club.

“Chris is playing and is raring to go,” Will Rhodes, Warwickshire’s captain, said on Monday. “I think we had to push the ECB quite hard but Woakesy wanted to play. It’s not often, for him especially, that you get to push your home county over the line in the Championship. You don’t get that opportunity very often so he’s desperate to play.

“From what I gather, I think he was [due to be] available for one of the two games, but once you win a game and you’re sat second, a couple of points behind the leaders, it’s a no-brainer for me.

“Obviously we’re not going to bowl him into the ground and bowl him 100 overs in the game – that would be silly with the World Cup around the corner. He’s got his best interests as well, winning a game for us but also it would be silly for him not to have one eye on the T20 World Cup because he could play a massive part for England in that. It’s about managing him but also winning a game as well.”

Warwickshire’s title ambitions will rely in part on results elsewhere. They are second in the table heading into the final round of fixtures with 55 points, sandwiched between Hampshire (58.5) and Lancashire (54.5) who play each other at Liverpool, with Nottinghamshire (52) also in the race ahead of their game against Yorkshire.

Rhodes admitted he would keep “half an eye” on scores elsewhere throughout the week in order to know the precise permutations for Warwickshire’s title bid. “You’d be silly not to,” he said. “The people who say they won’t be looking at the scores would be just lying. You always know what is going on – it’s hard to avoid it. After every day’s play it’s all over social media, it will be on the ECB app and ESPNcricinfo – whatever you’re looking at.

“We’ve got to concentrate and not let that hamper us too much. We need to win and win well, especially if Hampshire win as well. Somerset aren’t going to come here and give us 24 points. We’ve played some very good cricket here at home but we lost our last game here. It’s given us a lot of motivation.

“There’s a lot of stuff about winning a Championship in front of your own fans, so first and foremost we have to win a game of cricket and let the games at Liverpool and Trent Bridge hopefully help us out. If other games go our way and we don’t do our job, I think we’ll be kicking ourselves.”

Warwickshire will also welcome Rob Yates (self-isolation) and Danny Briggs (stiff neck) back into their squad after both players missed the win against Yorkshire at Headingley last week, while Rhodes said that Dom Sibley, dropped by England after a run of low scores this summer, would be “dying for the opportunity” to make a big score to put himself into contention for Ashes selection.

“He’s been brilliant since he’s come back,” Rhodes said. “He’s got that goal to get back in the England squad and when someone like Dom is hungry for success, they’re always generally going to perform. His innings in the second innings at Yorkshire was magnificent – it was the old Sibley that we all know, 45 off a lot of balls [117].

“He looks like he’s hitting the ball lovely in the nets as well and he’s just ticking for that big score. Individuals win you games at this stage of the season and he’ll be dying to get that opportunity. You always want your guys to go off and play for England. Knowing Dom and growing up with him, that’s what he wants to achieve: he wants to play in the Ashes and quite rightly so, he’s a fantastic player.

“He might not have had the year that he wanted but his hunger and desire are definitely there to get on that plane to Australia. If he can perform in this game and we get another fixture [the Bob Willis Trophy final] at Lord’s, a couple of scores of 50+ or 100+ or even just the time that he takes to get his runs will show that he’s back in form and it would be nice for him to do that on the big stage.”