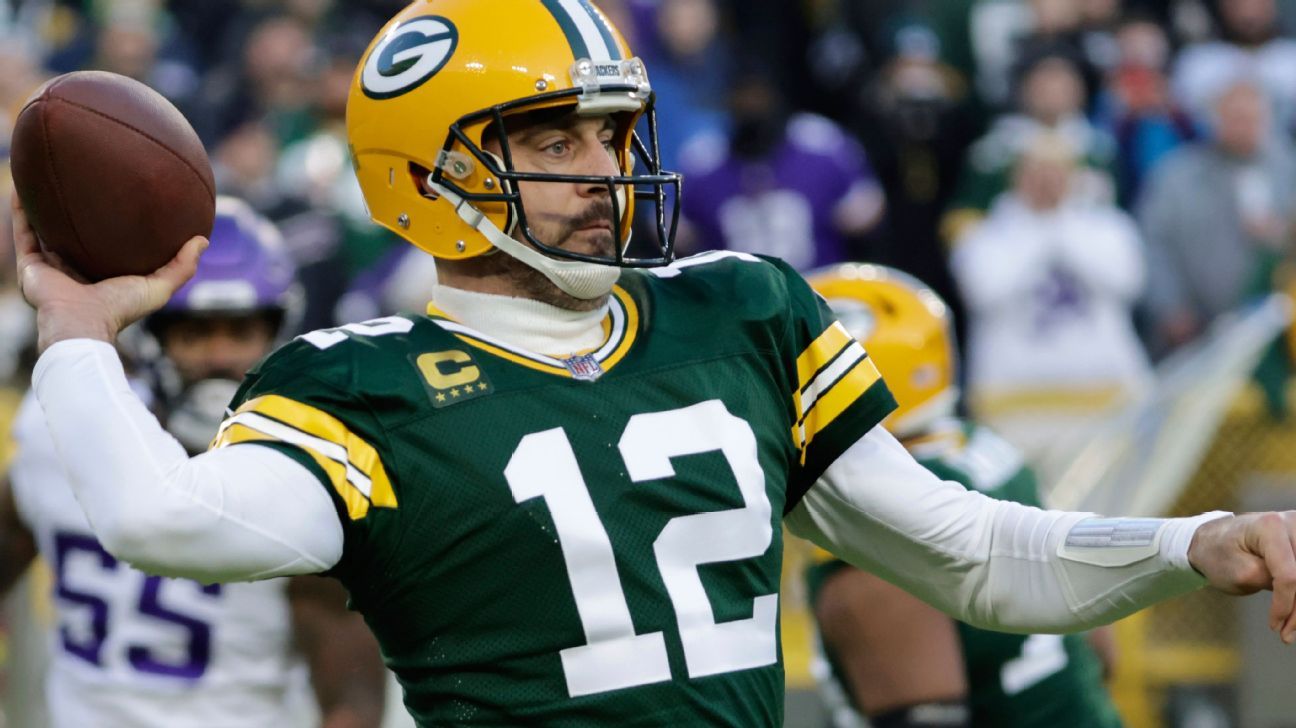 Aaron Rodgers has not made any decision about whether he intends to continue his NFL career in 2023 — let alone with what team that would be — but he said he understands the business aspect of it.

Because of that, he said Tuesday on “The Pat McAfee Show” that he knows his current contract probably isn’t viable for the Green Bay Packers or any other team.

“There’s a lot of teams, because of COVID, that are strapped, and you’re seeing with a lot of different contracts, they’re pushing more money out in deals,” Rodgers said on the show. “They’re creating void years to allow for an easier cap hit, so there would have to be some adjustments, for sure.”

The contract as it currently exists makes it difficult, but not impossible, for Rodgers to be traded, in large part because the Packers would be stuck with massive amounts of dead money on their salary cap.

First things first: Rodgers has to decide whether he wants to play — whether that’s for the Packers or another team.

“All the other ideas about [a] trade and whatnot, that’s all conjecture until I decide what I want to do moving forward for myself,” Rodgers said.

Last summer, Rodgers said he “definitely” planned to finish his career with the Packers. Last week on McAfee’s show, he left the door open for other possibilities.

“I hope there’s some gratitude on both sides if that happens,” Rodgers said Tuesday. “But, again, that doesn’t open the door for any conjecture, honestly, on my side. And I’m not saying that to be cryptic. I’ve got to figure out what I want to do, and then we’ll see where all the parties at and what kind of transpires after that.”

Rodgers also maintained that it might not be his decision to return to the Packers even though the team has said publicly that it would welcome back Rodgers.

“If they feel like it was in the best interests of the team to move forward, so be it,” he said. “Again, that wouldn’t offend me, and it wouldn’t make me feel like a victim. I wouldn’t have any animosity towards the team. I love the organization, I love the city, I love the region. I’m a minority owner in the [Milwaukee] Bucks; I’m going to be a part of the region long after I’m done playing. I have a lot of love for what’s gone on in Green Bay. And I’d love to finish there, I would. I might have finished there. Who knows?”

The Packers missed the playoffs for the first time under coach Matt LaFleur and had their first losing record (8-9) since 2018. The Packers stayed in the playoff hunt until the end, thus ending any chance backup quarterback Jordan Love would start a game.

“What’s the old adage that people want to say? ‘Oh, the grass isn’t always greener on the other side,'” Rodgers said. “And I always say, ‘The grass is green where you water it.’ I think that’s the most important thing to remember. Change is a part of this business, it’s a part of life, and I think being open to it and embracing whatever that change looks like is an important part of coming to peace with whatever decision lies ahead of you. I think that’s the most important kind of peace I want to get to is mentally feeling good about where I’m at. If I want to hang it up and do that, having the peace to do that.”