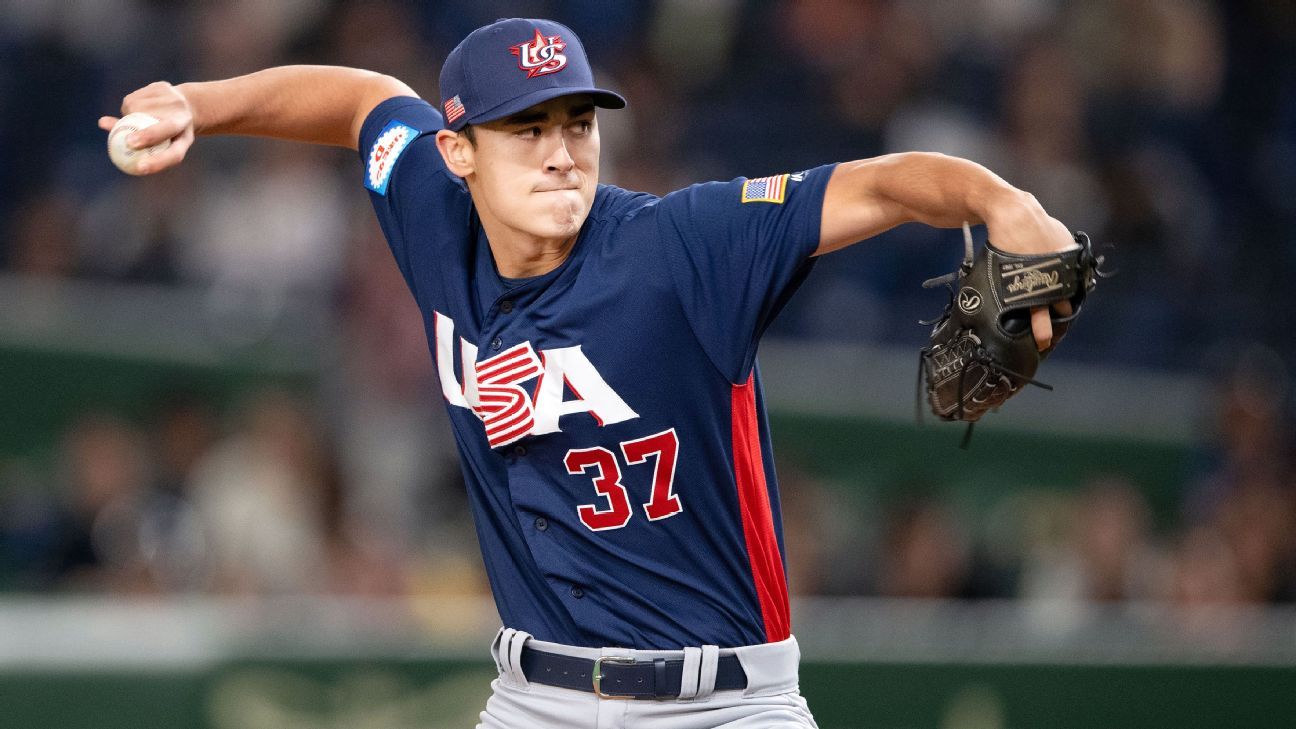 SAN DIEGO — The Washington Nationals selected Thad Ward, a right-hander out of the Boston Red Sox‘s Triple-A affiliate, with the No. 1 overall pick Wednesday in the Rule 5 draft. But the most intriguing pick was the 11th, which saw the Philadelphia Phillies snag Noah Song, a once-promising starting pitcher who has spent the past three years in active military service.

Song, 25, was originally a fourth-round draft pick by the Red Sox in 2019, when current Phillies president of baseball operations Dave Dombrowski was in charge. Song had graduated from the U.S. Naval Academy, where he mostly dominated, then went to aviation school after only seven professional starts.

Listed at 6-foot-4 and 200 pounds, Song was considered a first-round talent coming out of college, but he slipped to the fourth round in part because of the uncertainty of his baseball future.

“It was a fastball that was up to 99 and good secondaries, good feel to pitch,” Phillies general manager Sam Fuld said.

The Phillies don’t know if they’ll have Song next season; they still have a lot of information to gather, specifically on the status of his waiver to defer his service, Fuld said. In the meantime, the Phillies placed Song on the military list so that he would not count toward their 40-man roster.

“There’s some uncertainty surrounding the pick, for sure,” Fuld said. “But we feel like the upside of the player is enough to take a chance.”

Ward, who will be 26 in January, was the Red Sox’s minor league pitcher of the year after a dominant season at both Class A levels, then missed most of the next two years, first because of the COVID-19 pandemic in 2020 and then because of Tommy John surgery in 2021. Ward came back to make 13 starts in 2022, posting a 2.28 ERA with 66 strikeouts and 19 walks in 51⅓ innings. Ward then pitched 12⅔ innings in the Arizona Fall League, allowing four runs.

Rule 5 picks must be kept on the active roster for the full season. Nationals president of baseball operations Mike Rizzo said the team will stretch Ward out in spring training and hope to use him as a multi-inning reliever.

“We kind of blended the upside of the pitcher with the certainty of making it easier to carry the player throughout the season,” Rizzo said of the Nationals’ strategy with the first pick. “We like this player. We think he’s got more left in the tank. He’s a year farther removed from Tommy John surgery, he’s got a four-pitch mix, he’s around the plate, he’s got some pitchability and some stuff, and we think there’s a little more left in the tank.”

Khawaja excited by prospect of era-defining six months for Test team
PCB invites department teams to return to domestic cricket
Ben Simmons shows flashes of former self against 76ers, but the Nets need consistency
Joey Votto isn’t just a future Hall of Famer; he is the future of the Hall of Fame
Rangers extend Harpur through 2024-25 season