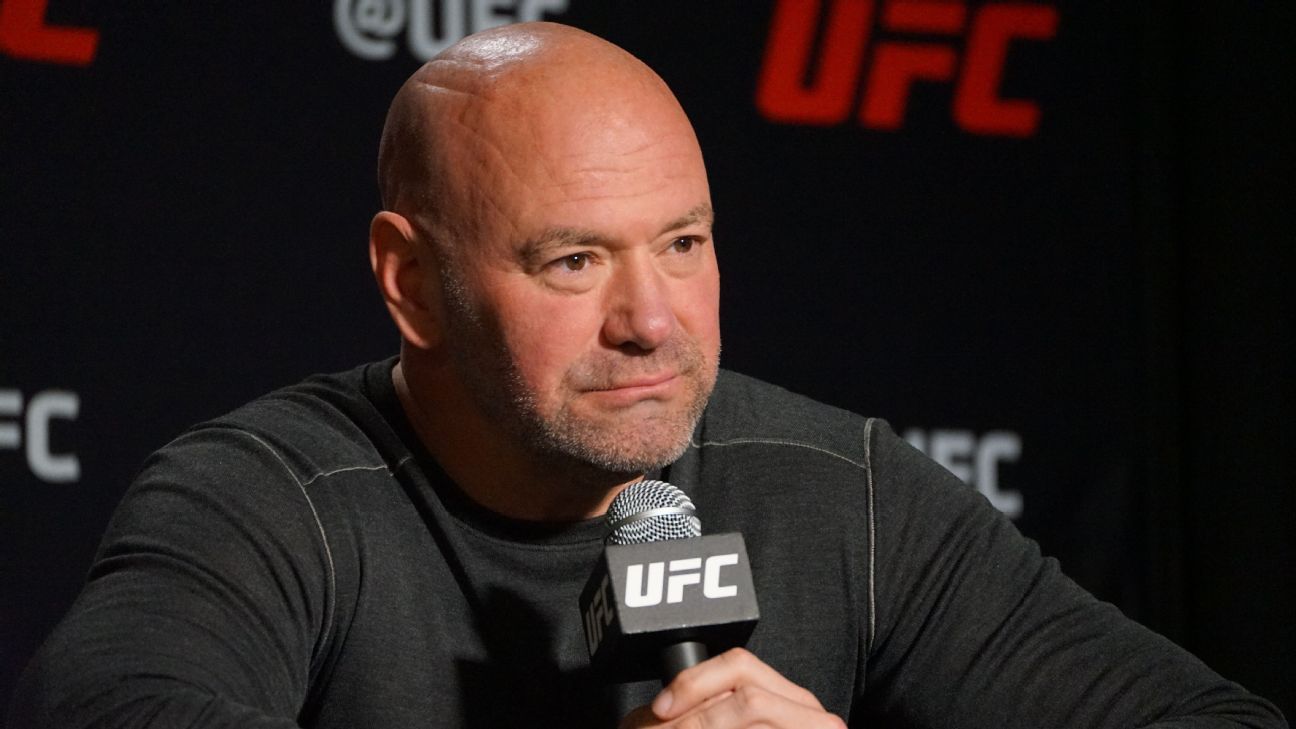 The UFC has closed off Saturday’s UFC Fight Night card at its Apex facility in Las Vegas to the public as well as the media.

The company declined to provide a reason for the closure at the time of the announcement earlier this week, but UFC president Dana White said Tuesday that he just wanted to give the media “a night off.”

However, women’s strawweight contender Mackenzie Dern, who is fighting in Saturday’s main event, told reporters Wednesday that the reason behind the closure is Meta chief executive officer Mark Zuckerberg.

Speaking at a media day Wednesday in Las Vegas, Dern (12-2), who is scheduled to face China’s Yan Xiaonan (15-3), provided her understanding that the closure is linked to Zuckerberg.

“I know Mark Zuckerberg rented out the whole event,” Dern said. “I know he’ll be there, but I don’t know if it’s literally him, his wife or if he’ll have friends — some type of party. But from someone who wanted a main event with a crowd, [it’s now] going to be very, very private.”

Dern added: “I’m excited. That just makes me more driven to put on a good show. I know everyone is watching on TV, but for Mark and whoever is going to be there, put on a show. If that’s what they want to see, is a show, then we’re going to give a show.”

White took to Twitter later Wednesday and denied that Zuckerberg has rented out the Apex facility.

Earlier this week, the UFC alerted its regular media members that there would be no press credentials issued for Saturday’s card. The event is also closed to public tickets.

The UFC has still not commented on the matter other than White, who maintained Tuesday there is “no big secret” behind the decision.

Zuckerberg, 38, is a known fan of mixed martial arts and even made headlines earlier this month when he posted video of himself doing MMA drills.

The future is … this Saturday: Six (possible) stars in the making at UFC 282
Djokovic to tune up for Aussie in Adelaide Int’l
Brown expects star QB Maye to stick with UNC
UFC’s Adesanya could have charge dismissed
Why this is the golden era of NYC-area NHL hockey