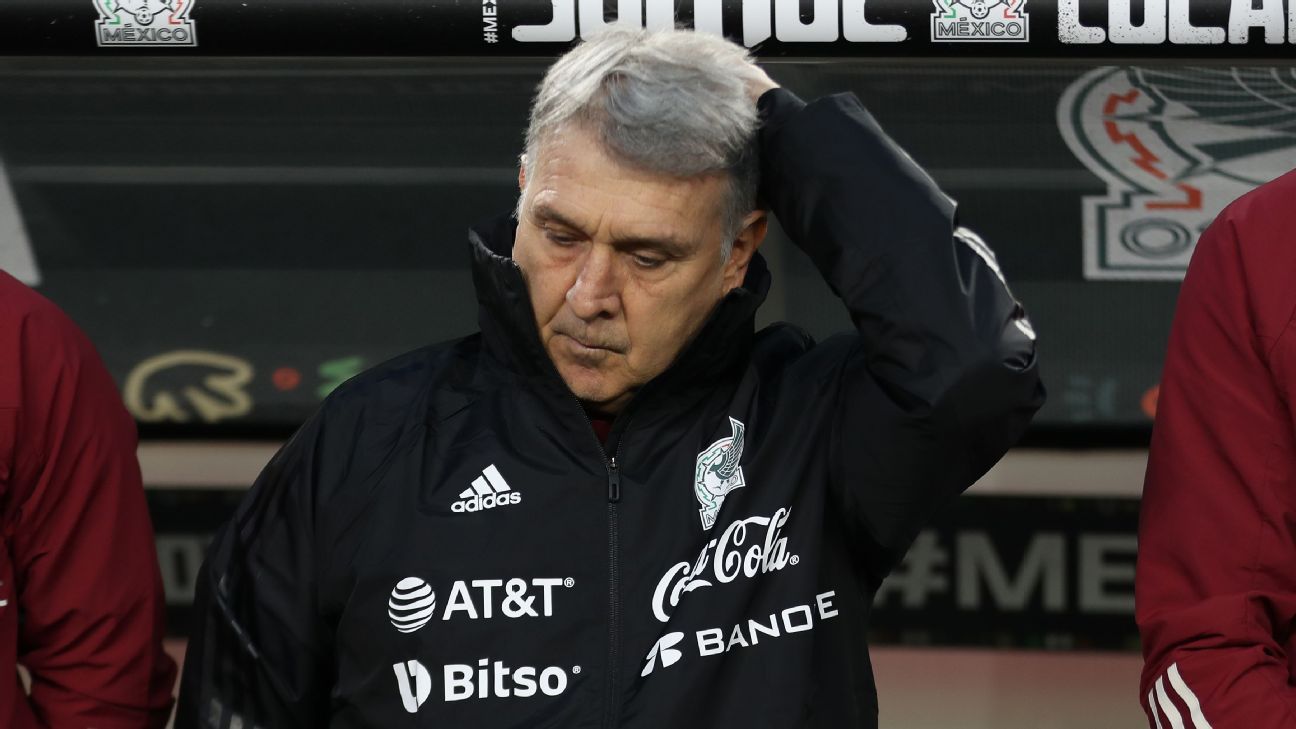 Mexico manager Gerardo “Tata” Martino hit back at criticism after his team failed to hold onto a 2-0 lead in a 3-2 friendly loss to Colombia on Tuesday, instead focusing on what he believes are structural issues in the country’s program.

“[Soccer in] Mexico is peculiar,” Martino said, alluding to not having the full support or trust of domestic clubs. “Mexico has investment and at the moment it has money. So how do we make a better national team? I recently heard, I don’t know if it was a [Liga MX club] director, I don’t remember, they said that the league did not have to play for the national team.

“I don’t impose things. I analyze, I communicate and we agree on matters [with clubs]. We don’t exclusively do what I want.”

Martino was assertive in the postgame press conference in which he also objected to the lack of Liga MX players going abroad, who could then further help the national team.

“It’s a shame we don’t seek to fix things from this other side and that everything is on the manager or the players. That’s not the debate that Mexico needs to improve footballistically,” Martino added.

Martino and his players have dealt with an immense amount of criticism from El Tri fans and media in 2022 after a rocky path through World Cup qualifying and just two wins in their last seven friendlies, including the latest World Cup warmup matches in California this month that have done little to help.

On Tuesday night, Martino was showered with boos and even some objects thrown in his direction from Mexico fans in the stands. The Mexican Football Federation released a statement on Wednesday condemning those actions.

“The Mexican Football Federation condemns any form of violence and urges all fans to respect and promote our values of healthy coexistence on and off the pitch,” the statement read.

On Wednesday morning, the Mexican press took aim at the national team that now has less than two months to go until the World Cup. “TRITANIC,” read one cover. “S.O.S.,” read another, while describing Martino’s side as a sinking ship.

Those headlines followed a narrow and unconvincing 1-0 victory over Peru last Saturday at the Rose Bowl in Pasadena, and Tuesday’s collapse against Colombia. But Martino defended his team’s efforts after Tuesday’s match at Levi’s Stadium in Santa Clara.

“We had the best first half of the last four years. What do you think happened at halftime? What was the message? ‘Boys, do everything opposite now.’ No,” Martino said. “What happens is that when [Colombia] have players like the No. 9 from Eintracht Frankfurt [Rafael Santos Borre], a winger from Liverpool [Luis Diaz] and a midfielder from Juventus [Juan Cuadrado], naturally there are moments of the game where their status is going to make an impact.

“And those are the moments where we need to keep our composure, maintain order, not commit errors.”

Mexico still has two final friendlies ahead of Qatar scheduled against World Cup competition with Iraq on Nov. 9 and Sweden, who failed to qualify, on Nov. 16, with both games being played at Girona‘s Estadi Montilivi in Spain.

Brady tops Peyton with latest 4th-quarter stunner
Transfer Talk: USA’s McKennie attracts Tottenham attention
Boks’ winger found safe after reported missing
How Jets’ Zach Wilson can make a breakthrough out of a ‘breakdown’
Why are subs scoring more at 2022 World Cup than ever?