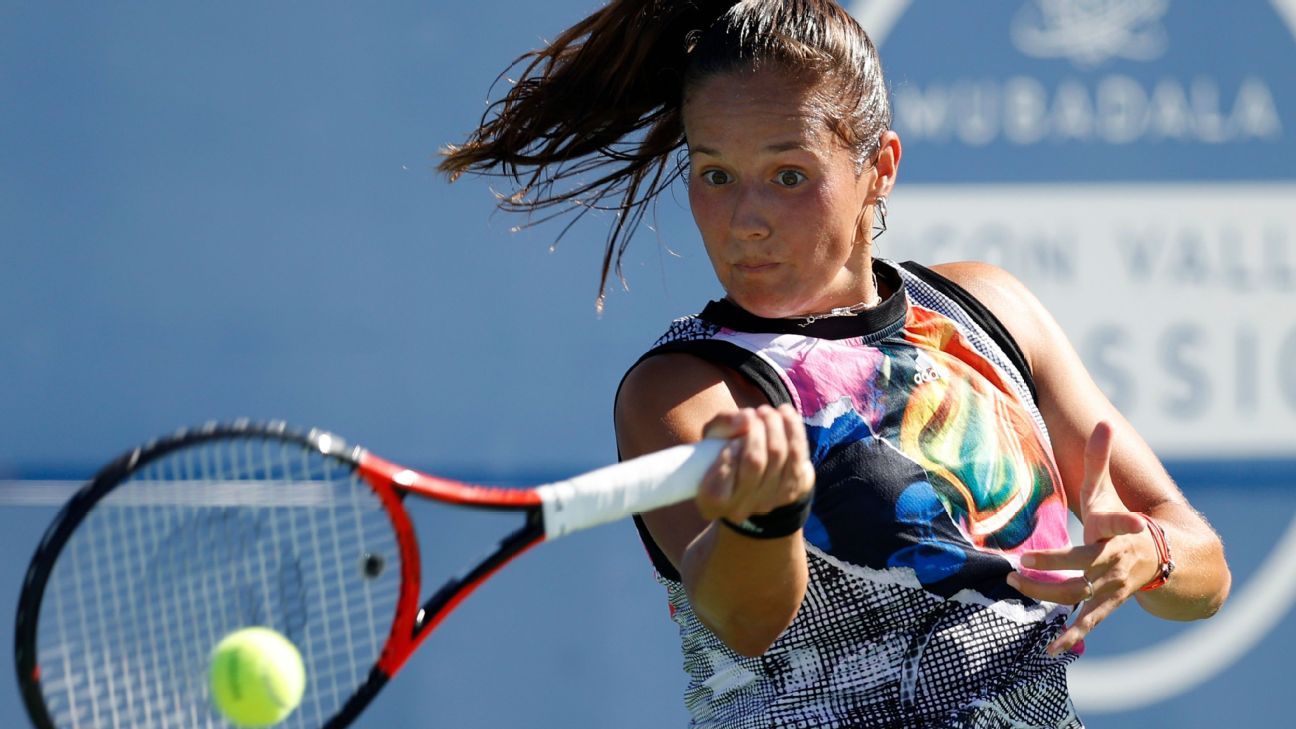 SAN JOSE, Calif. — Seventh-seeded Daria Kasatkina of Russia rallied from one set down after dropping the opener in a tiebreaker and beat unseeded American Shelby Rogers to capture the Mubadala Silicon Valley Classic championship on Sunday, 6-7 (2), 6-1, 6-2.

The 25-year-old Kasatkina immediately found her rhythm again following a frustrating tiebreaker in a first set she had led 4-2 and 5-3 before some mistakes in crucial moments, such as double faults. Now, her first title this year and fourth overall will propel her back into this week’s top-10 rankings — and No. 10 is her previous career best.

Kasatkina lost here in last year’s championship. She became the first player to make consecutive finals in the event since Serena Williams in 2011-12 and earned her first title since St. Petersburg last year — snapping a two-match skid in finals, having lost last year here and at Birmingham. It also was her 200th career main draw win on tour.

Early on, Rogers scampered all over the court to keep long baseline rallies alive before closing out points or forcing Kasatkina into an error. By the third set, she was slapping her leg in frustration and growling aloud, though she said afterward how much she appreciated the support of the crowd cheering her name and holding signs reading “GO SHELBY!”

Rogers rallied in the first set, playing impressive comeback tennis for a second straight day. She trailed 4-2 and 5-3 before going up 6-5, then holding on to win the first set. Kasatkina double-faulted to make it 6-1 in the tiebreaker.

Kasatkina then gathered herself.

Rogers defeated No. 9 seed Veronika Kudermetova of Russia 6-3, 6-4 on Saturday in the semifinals — trailing Kudermetova 4-3 in the second set before breaking serve twice while winning three straight games to pull out the match.

In the earlier doubles final Sunday, fourth-seeded Chinese pair of Xu Yifan and Yang Zhaoxuan defeated the unseeded duo of Shuko Aoyama from Japan and Chan Hao-Ching of Taiwan 7-5, 6-0. They will face off in the first round this week in Toronto for an immediate rematch.