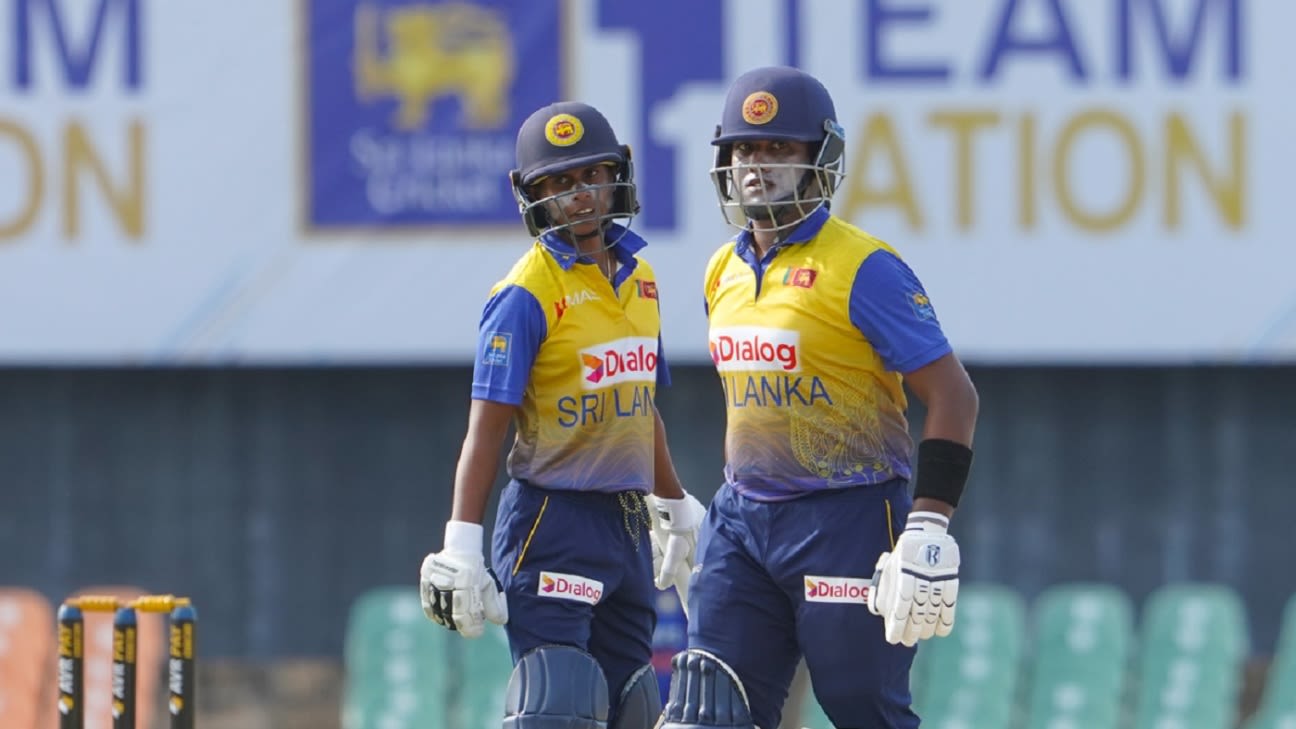 Sri Lanka had lost their last 12 T20Is against India, and had never beaten them in a home game. But all that was put to rest as their captain Chamari Athapaththu led them to a seven-wicket win in the final match of the three-match T20I series in Dambulla. The hosts managed to salvage pride after conceding the series with back-to-back defeats.

The Athapaththu show, the beginning
Sri Lanka’s pursuit of 139 began in an attacking fashion with young Vishmi Gunaratne whipping Renuka Singh for a four over midwicket in the first over. However, she fell two balls later, and Athapaththu took over. Her first boundary was a streaky slice in the fourth over, but she was more authoritative next ball when she danced down and smote the offspinner down the ground. The assault continued when she welcomed Radha Yadav with a fiercely cut four and followed it with a sweep through backward square leg.

The marauding left-hander then hit the only six of the chase when she slinked down the track to smash Deepti over long-off in the final over of the powerplay. Just like that, she had 28 off 15 as Sri Lanka ended that phase at 47 for 2.

The deciding alliance
In the experienced Nilakshi de Silva, Athapaththu found a reliable partner and the pair killed the chase, mixing caution with aggression. De Silva was happy to play her strokes as well, hitting Pooja Vastrakar down the ground before swiping Simran Dil Bahadur over the on side.

India’s shoddy fielding also contributed to Sri Lanka’s cause. Athapaththu’s mistimed slog to deep midwicket off Bahadur was spilled by Jemimah Rodrigues running to her right, and off the very next ball she found the gap between backward point and short third man to bring up her fifth half-century.

Athapaththu and de Silva added 77 in just 57 balls – the highest third-wicket stand for Sri Lanka in the format – before de Silva was run out. Athapaththu remained in the middle to ensure Sri Lanka ended their run of losses against India. She was aided by more fielding mishaps towards the close and finished unbeaten on 80 off just 48 balls.

India’s batting misfires
On a surface that seemed good to bat on, India’s batters failed to find their footing and were restricted to 138, which eventually was not enough. Smriti Mandhana found the going tough in scoring 22 off 21, and fell to Oshadi Ranasinghe for the second time in three games.

Sabbhineni Meghana hit three crisp fours but couldn’t rotate the strike constantly against Sri Lanka’s slow bowlers. It was once again down to Harmanpreet Kaur and Rodrigues to keep India on course. The pair added 64 for the fourth wicket but consumed 56 balls, leaving India devoid of momentum heading into the death overs.

Rodrigues fell for 30 while trying to scoop Ama Kanchana over short fine leg in the 19th over. Vastrakar’s 13 off six balls helped India get closer to the 140 mark – which had proved enough in the first T20I – while Harmanpreet stayed unbeaten on 39 off 33 balls at the other end.

Adesanya to defend title vs. Pereira at UFC 281
Tuchel hits back at ‘panic’ transfer window claim
Sources: RB Hunt requests trade, Browns say no
The 10 veteran ex-Lakers from 2021-22 still looking for work this offseason
Vikings hope TE Smith (thumb) is back for Week 1