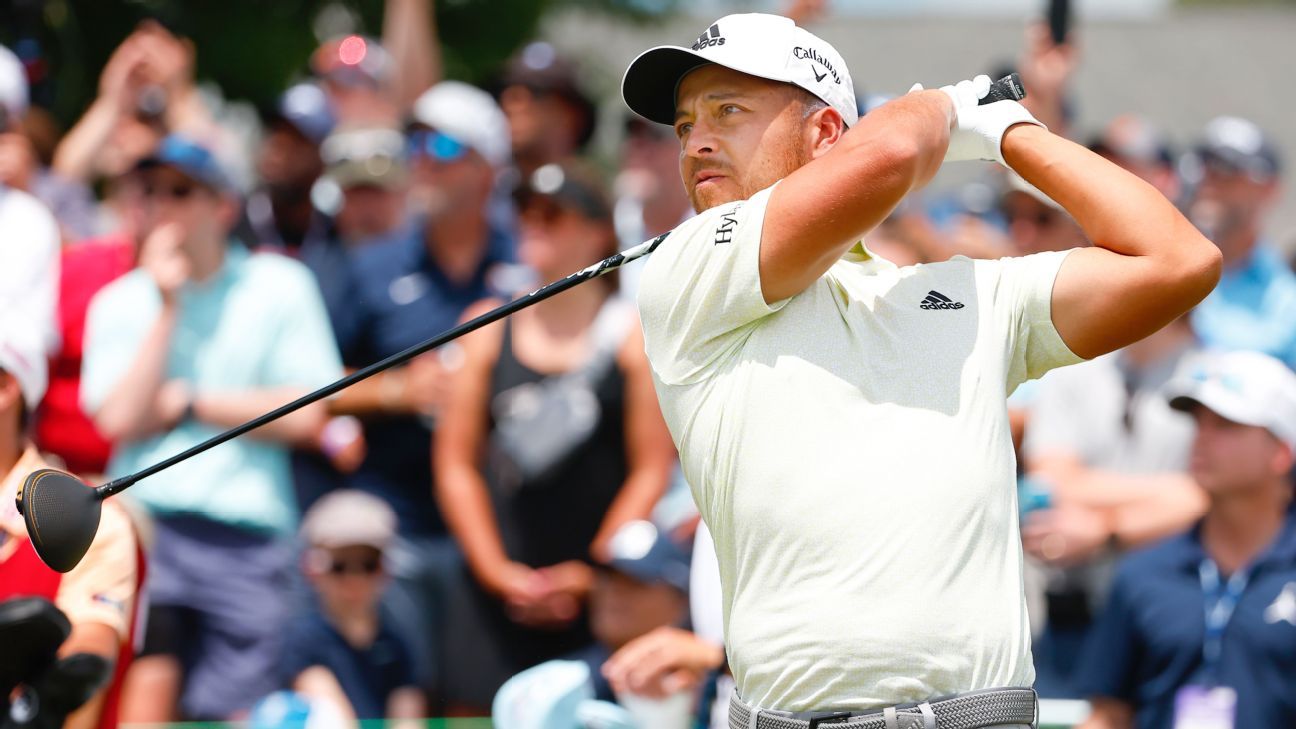 CROMWELL, Conn. — Xander Schauffele shot his second straight 7-under 63 on Friday to take a 5-stroke lead in the Travelers Championship.

The Olympic champion shot a 31 on the front nine at TPC River Highlands with four birdies, then had a 32 on the back, making birdies on 11, 14 and 17.

He has hit 33 of 36 greens in regulation and is the only player in the tournament without a bogey. His closest call came at the par-3 16th, where his tee shot found the rough behind a greenside bunker.

“It plays really interesting with the wind swirling through there,” Schauffele said. “It was my least committed swing of the week and just really happy to get up and down there and save par.”

Cantlay, who shot a 60 at TPC River Highlands as an amateur in 2011, played in the same morning group as English.

“(I’m) still right here in this tournament, and looking forward to the weekend,” Cantlay said. “I enjoy the challenge, and that’s all you can do in golf, is give yourself as many chances as you possibly can.”

English, who won on the eighth hole of a playoff last year, is playing in his third tournament since returning in May from Valentine’s Day surgery to repair a torn labrum in his right hip.

“The toughest thing is walking and playing,” English said. “I mean, I feel like back home I can go hit a bunch of balls on the range, but up and down these hills and being on your feet for five or six hours is the toughest part. It’s getting better and better, and I feel like the more I play competitive rounds out here, it’s just going to get stronger.”

Hardy, starting on the back nine had four consecutive birdies on 16, 17, 18 and 1. He also is coming back from injury after damaging the tendon is his left wrist in April.

“I just was in great rhythm,” Hardy said. “That’s kind of been the name of the game for me since I came back. Just being in good rhythm. I think I’m swinging the club well and my mind is in a good spot.”

Kisner had some good luck on 15 when his tee shot went left and rolled toward the course’s signature lake before getting hung up on a microphone cable, inches from the water. He ended up saving par.

“Five shots is not insurmountable but I’m a going to need (Schauffele) to slow down a little bit,” Kisner said.

Schauffele, played one group ahead of McIlroy, who was still leading by a stroke at 13 under before getting into trouble on the 12th hole.

McIlory hit his tee shot left and out of bounds into the woods, then found the deep rough to the right on his next shot. He put the ball into a green-side bunker from there, then chipped out short of the green and into the rough again, before finishing with a quadruple bogey.

He left the hole trailing by three strokes and then found more trouble on the 15th. He went right on his tee shot, finding the high grass, then ran his third shot over the green, down the hill and into the water. He finished that hole with a 6.

But he made birdie on 16, finishing with an even-par 70 when his birdie putt lipped out on 18.

“I should be closer to the lead,” he said. “Feel like I let a lot of guys into the golf tournament because of it.”

The last player to make a quadruple bogey and go on to win a PGA Tour event was Adam Scott at the 2016 Honda Classic. Scott put two shots in the water on the par-3 15th hole.