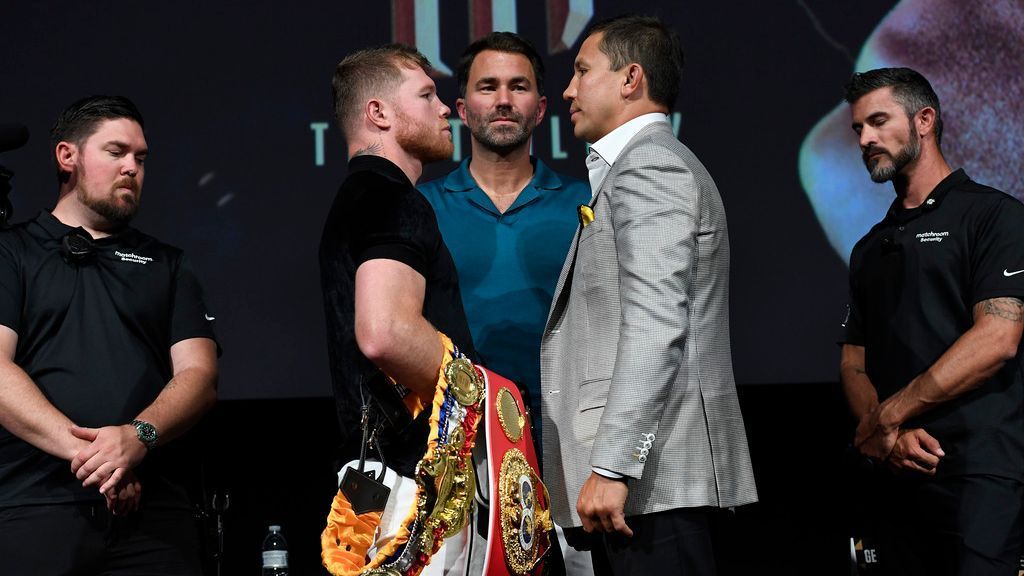 LOS ANGELES — Canelo Alvarez said his upcoming matchup with rival Gennadiy Golovkin is “personal” and it would be “sweet” if he got to send Golovkin into retirement.

Alvarez said Friday during a news conference in Hollywood that he does not like Golovkin and believes “GGG,” who is beloved by fans, is phony. The two will meet for the third time Sept. 17 in Las Vegas.

Alvarez and Golovkin went to a draw in 2017 and Alvarez won the rematch in 2018. Both of those fights were very close decisions and Alvarez has taken umbrage with the fact that Golovkin has intimated that Alvarez has been avoiding a third fight for the last four years.

Meanwhile, Golovkin said Friday that there’s nothing personal about the fight to him, and he thought any beef between the two was squashed when they hugged after the second fight. Alvarez scoffed at that notion, saying Golovkin “knows” why Alvarez is upset.

“He always talk about I’m scared, I’m running away when I’m fighting the best guys out there and he’s fighting with Class D fighters,” Alvarez said. “He’s talking a lot of things about me. That’s why it’s personal for me.”

The two had an intense staredown Friday that went on for nearly two straight minutes without either one of them breaking their gaze.

Golovkin, through an interpreter, said he did not want to answer any “provocative” questions about what he thinks of Alvarez. But he added that the Mexican star should not have gotten off without a hit to his reputation after testing positive for the banned drug clenbuterol before their second fight in 2018. Alvarez has denied knowingly ingesting the substance.

Alvarez said he plans on coming out more aggressively and looking for a knockout after falling via unanimous decision to Dmitry Bivol on May 7. And there’s nothing more that Alvarez wants is to make this Golovkin’s last fight.

When asked what it would be like if he sent his rival into retirement, Alvarez replied: “So sweet.”