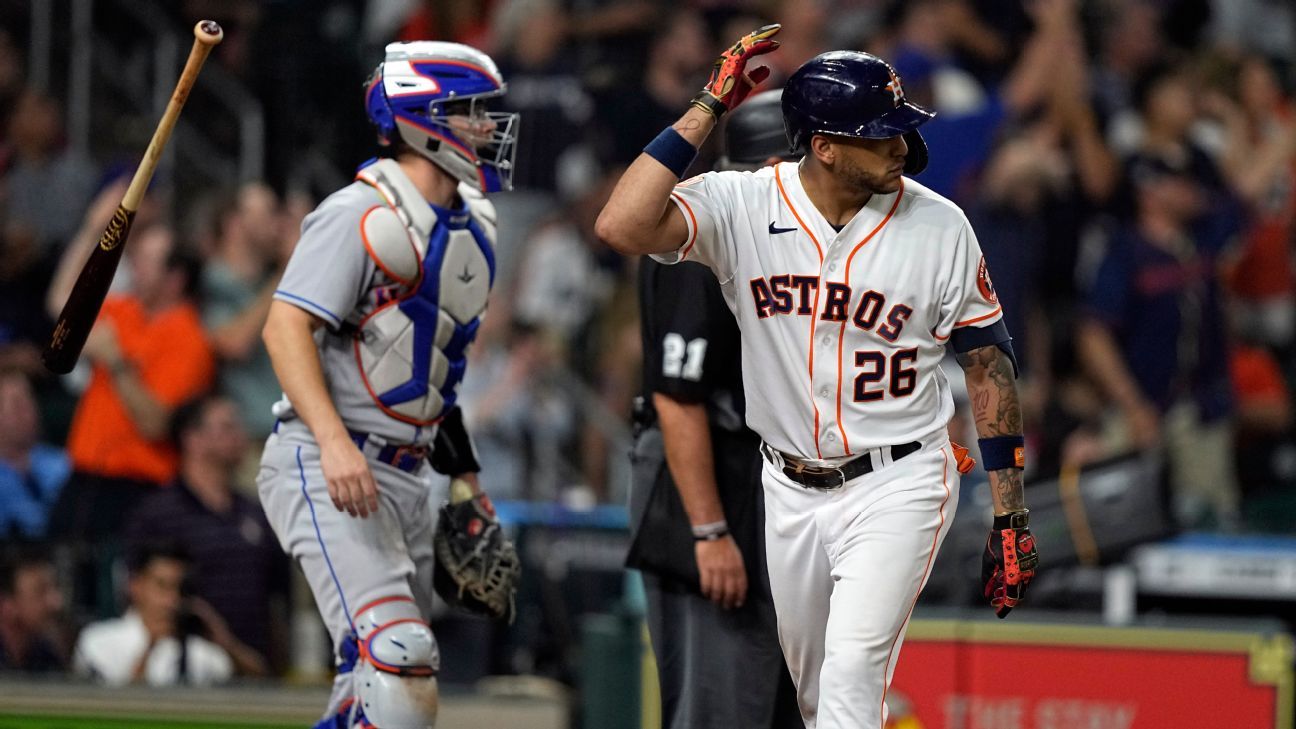 HOUSTON — A day after Houston Astros outfielder Jose Siri called his bat-flip home run celebration against the New York Mets “an error,” he seemingly backtracked Wednesday with a profane tweet that was later deleted.

While not addressing the incident directly, Siri’s tweet said: “[F—] bad opinions. have fun.” It was quickly deleted before Wednesday’s game.

Houston was up 7-2 in the eighth inning against the Mets on Tuesday when Siri snapped an 0-for-10 slump with a solo homer to the train tracks above left field in Minute Maid Park. He flipped his bat and admired the shot for several seconds before trotting to first base, a sequence Astros manager Dusty Baker was not happy with.

“He should have ran,” Baker said after the game. “Back in our day, the next guy would have gotten drilled.”

Siri was asked about the incident after the game and seemed contrite.

“I know I made an error there,” Siri said Tuesday night through an interpreter. “I spoke to some of our guys and, yeah, I just made an error.”

“That’s kind of in the past,” he said. “You can’t help when people tweet. He’s got to be careful when you press that button. That’s what we were warned about in spring training. Just make sure that’s what you want to say when you press a button.”

He was then asked if Siri would face any discipline for the tweet.

“I haven’t heard anything about it since then,” he said. “That’s part of America and part of youth right now. So I’m just glad that I don’t pay attention to it or adhere to it.”

New York third baseman Eduardo Escobar said something to Siri as he rounded third base after the homer, and catcher Martín Maldonado talked to Escobar for quite a while when Escobar came to bat in the ninth inning.

Siri said he didn’t know what Escobar said to him.

“I really couldn’t hear anything,” he said. “I was just running.”

Mets manager Buck Showalter said some of his players were upset by Siri’s actions but that many of them were unfazed.

“There are certain things that you do talk about — right and wrong — but you don’t want to impose the way you were brought up in the game [on them],” Showalter said. “[Like] ‘Hey, guys, you’re supposed to be mad at that.'”

Showalter added that a player’s teammates will often police things like that but that there’s one sure way to prevent it.

“The way you keep it from happening [is] don’t let him hit a ball over the fence, too,” Showalter said.