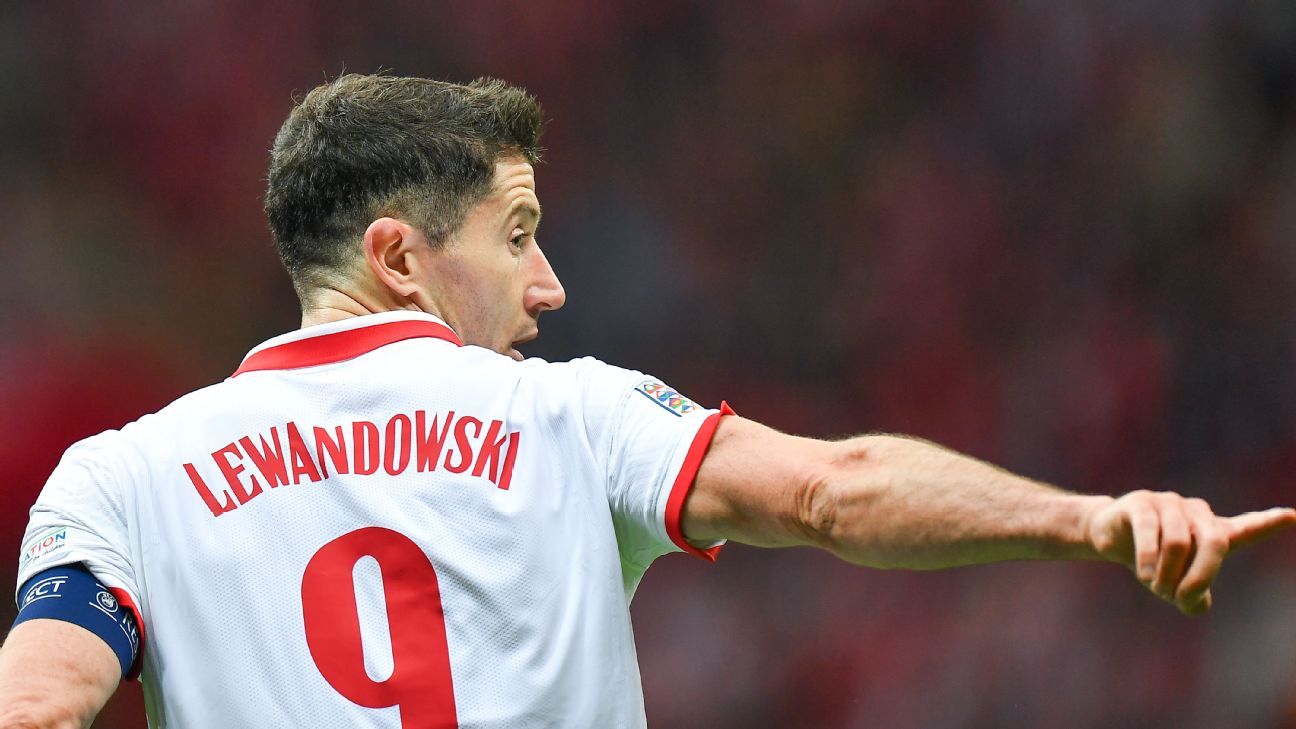 Barcelona have made a first offer to Bayern Munich for Robert Lewandowski and would also like to sign Sevilla‘s Jules Kounde to bolster their defence, sources have confirmed to ESPN.

Bayern want more than €40 million for the Polish striker, who has expressed a desire to leave, but Barca’s opening bid is not thought to be that high.

Lewandowski, 33, is out of contract in 2023 but the German club’s public stance is still that he will see out the final year of his contract.

“The situation hasn’t changed,” Bayern CEO Oliver Kahn said at the presentation of Sadio Mane on Wednesday, who joined from Liverpool for a fee rising to €42m.

“Robert has a contract with us for another year and we expect to see him on the first day of pre-season in July,” Kahn added.

Sources say the relationship between Barca and Bayern has soured due to the conflict that arose around the failed launch of the European Super League, which Bayern were not involved in.

At a dinner before a Champions League meeting between the two sides last season, Kahn told Barca executives exactly what the German club thought about their push to form a breakaway competition.

Bayern have also privately and publicly questioned Barca’s ability to do a deal of this size in their current financial plight.

“Barcelona want to sign Lewandowski when they had a debt of €1.3 billion six months ago,” former president Uli Hoeness said recently.

“In Germany, they would have been bankrupt for a long time. The bankruptcy judge is at the door and they are making million euro offers for a Bayern player.”

Lewandowski, who is currently on holiday in Mallorca, has said several times he wants to leave Bayern after eight years at the club, hinting strongly that he would like to join Barca.

Meanwhile, Barcelona are also exploring a move for Sevilla defender Jules Kounde, with sources explaining that coach Xavi has made the arrival of a top centre-back a priority this summer.

Chelsea also maintain an interest in Kounde, who is valued at around €60m by Sevilla, having failed to prise him away from Spain last summer.

Barca and Chelsea are also involved in a tug-of-war over defenders Cesar Azpilicueta and Marcos Alonso, with the Blaugrana targeting the two Spain internationals.

They both have one year to run on their contracts at Stamford Bridge, with Chelsea unlikely to let them make the move to Camp Nou cheaply.

In the cases of Lewandowski and Kounde, Barca are playing for time as they need to raise capital before making any more signings this summer.

The Catalan club are unable to register any new signings.

As things stand, due to their LaLiga salary cap standing at -€144m, they cannot even inscribe Andreas Christensen and Franck Kessie, who will both arrive on free transfers next month.

However, Barca are hopeful they will be able to fund the deals and register new signings this summer by selling off merchandising and television rights.

Club members last week authorised the sales of 49.9% of Barça Licensing and Merchandising and 25% of their television rights from LaLiga for the next 25 years.

President Joan Laporta says the two deals should bring in around €700m and speaking this week said he expects the television rights to be vended before June 30.

If Barca don’t sell them before June 30, they risk ending the financial year with losses, which would further hamstring the Catalan club’s endeavours to get Xavi the players he wants.

Elsewhere, they continue to hit brick walls in their attempts to lighten the squad to make room for any new arrivals.

Xavi has communicated to several players that they are not part of his plans but sources at the club say there is concern because no one wants to leave.

Neto, Riqui Puig, Samuel Umtiti and Martin Braithwaite are among the players Barca would like to move on in the transfer window, among others.