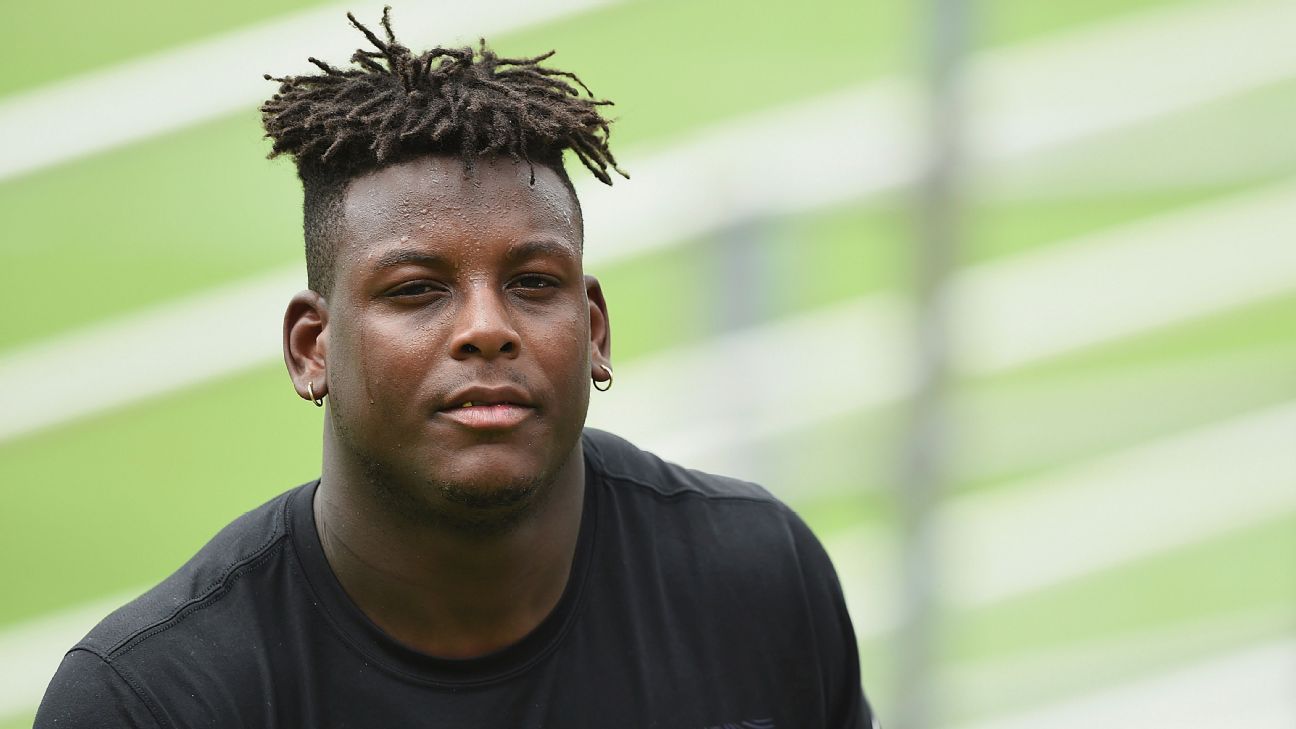 OWINGS MILLS, Md. — Baltimore Ravens outside linebacker Jaylon Ferguson has died at the age of 26, the team announced Wednesday.

“We are profoundly saddened by the tragic passing of Jaylon Ferguson,” the team said in a statement. “He was a kind, respectful young man with a big smile and infectious personality. We express our heartfelt condolences to Jaylon’s family and friends as we mourn a life lost much too soon.”

At approximately 11:25 p.m. Tuesday, Baltimore Police said officers responded to a home in the northern district of the city, where they found Ferguson unresponsive and being treated by medics. Ferguson never regained consciousness and was pronounced dead on the scene by medics, according to police.

Baltimore Police said there were no signs of trauma found or foul play suspected at this time. Ferguson’s body was transported to the medical examiner’s office, where a cause of death will be determined.

Ferguson, a third-round pick by the Ravens in 2019, had participated in all of the team’s offseason practices this year. It appeared that he had worked hard to be in the best shape of his career, dropping a significant amount of weight.

Known as “Sack Daddy” coming out of Louisiana Tech, Ferguson holds the FBS record for career sacks with 45. In three NFL seasons, he totaled 67 tackles and 4.5 sacks.

“The LA Tech Family mourns this morning’s tragic news of the sudden death of former Bulldog great, Jaylon Ferguson,” the Louisiana Tech football team tweeted. “We will remember his God-given talents on the field and his infectious personality off of it. Our thoughts and prayers are with his family and friends.”

Ferguson spent most of his time during the 2019 draft, in which he was the 85th player selected, helping his hometown of Ruston, Louisiana, recover from a deadly tornado. He helped search for people while removing uprooted trees from the street. He also helped bring water and pizza to people in need.

“The last person I talked to leaving the facility,” Ravens linebacker Patrick Queen tweeted. “Spent almost everyday in the sauna together tryna see who gone last longer. Said it was our turn this year man. Ima miss you bro.”

Ferguson had three children, two daughters and a son, who are all under the age of 5.

“He was a wonderful young man full of love and life,” Ferguson’s agent, Safarrah Lawson, said in a statement. “He will be remembered not just as a football player, but as a great father, son, brother and friend. The family asks for your continued prayers.”