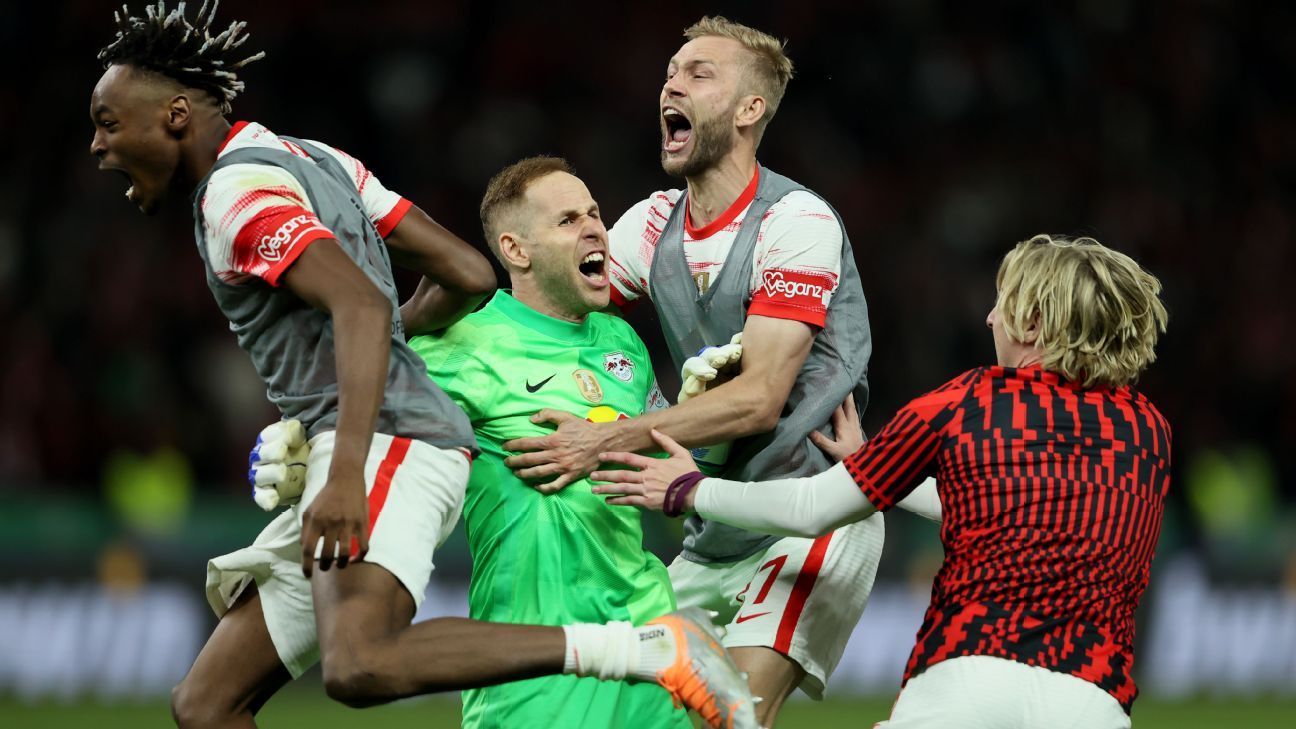 RB Leipzig defeated Freiburg 4-2 on penalties in a vibrant German Cup final on Saturday, bringing Domenico Tedesco’s side their first major trophy despite playing an hour with 10 men at Berlin’s Olympic stadium.

Freiburg’s captain Christian Guenter and forward Ermedin Demirovic both missed their attempts from the penalty spot to seal a thrilling clash that had ended 1-1 after extra time.

Midfielder Maximilian Eggestein put Freiburg ahead in the 19th minute with an excellent low shot from the edge of the box, a goal which stood following a VAR review for a potential handball in the build-up.

The late equaliser poured life into Leipzig, who played with one man down since the 57th minute following a red card picked up by defender Marcel Halstenberg for a risky tackle on forward Lucas Hoeler.

Both sides had chances to win it near the end of normal time and Freiburg twice hit the woodwork in the extra period, while Leipzig were denied a penalty after a VAR check in the frenetic dying minutes – a decision that earned already-substituted Kevin Kampl a second yellow card for his protests.

Rosberg has rare demo run with Extreme E
Chun commands Women’s PGA early with 64
Haas, Hensby share lead at U.S. Senior Open
‘The ball was there to hit and I just hit it to the wrong place’ – Jamie Overton rues the ton that got away
Bolts’ Cooper questions legality of Kadri’s winner