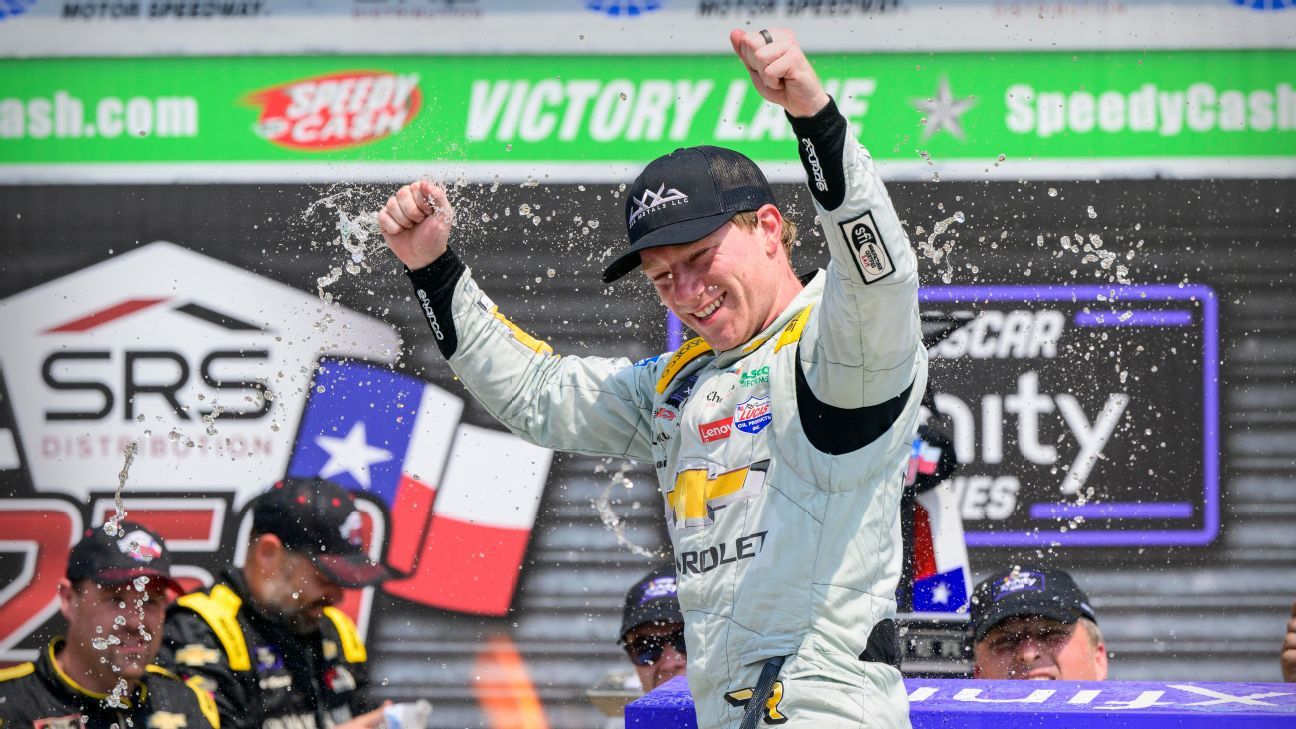 Reddick finished 1.8 seconds ahead of William Byron, who was driving for JR Motorsports in his first Xfinity race since he was the series champion for that team at 19 years old in 2017. Byron moved up to Cup the next year for Rick Hendrick, who has an ownership stake in JR Motorsports with Dale Earnhardt Jr.

Big Machine Racing is owned by music mogul and seasoned racer Scott Borchetta, who has driven in the sports car Trans-Am Series. He found the musical Big Machine Label Group in 2005.

On Lap 137 at the 1½-mile Texas track, Reddick took the lead in the No. 48 Chevrolet by getting by Austin Hill and Brandon Jones through the backstretch. That came just before the 11th and final caution of the race when Alex Labbe got loose in the fourth turn in an incident that collected six other cars.

It was the 10th career Xfinity victory for Reddick, the series champ in 2018 and 2019 before moving full-time to the Cup Series.

Pole-sitter Noah Gragson led the first 22 laps and 33 overall, but ended up in the wall on the eighth restart of the day after JR Motorsports teammate Josh Berry got sideways out in front of the field.

Ty Gibbs and Gragson came together trying to avoid that fray, then were hit from behind and into the wall. Gragson pitted for some repairs, but was done for good 10 laps later when a blown tire sent the rear of the No. 9 Chevrolet hard into the wall.

Gragson was 36th in the 38-car field, his worst finish in this season after being fourth or better in eight of the first 11 races.

Gragson won the first stage, and Berry the second to give JR Motorsports eight consecutive stage victories — a sweep over the past four races. This was the first race in that stretch without winning, with Justin Allgaier, Josh Berry and Gragson taking the past three.

Allmendinger has finished in the top 10 in all 12 races this season, even after missing practice Friday because of tech issues.

MLS Watchability Rankings: The most entertaining clubs, and their European equivalents
‘A big loss’: Dodgers reliever Hudson out for year
LeBron ’20-21 Logoman card sells for $2.4 million
The Lightning strike back: Is Game 3 a turning point in the Stanley Cup Final?
Betting tips for the 2022 Travelers Championship