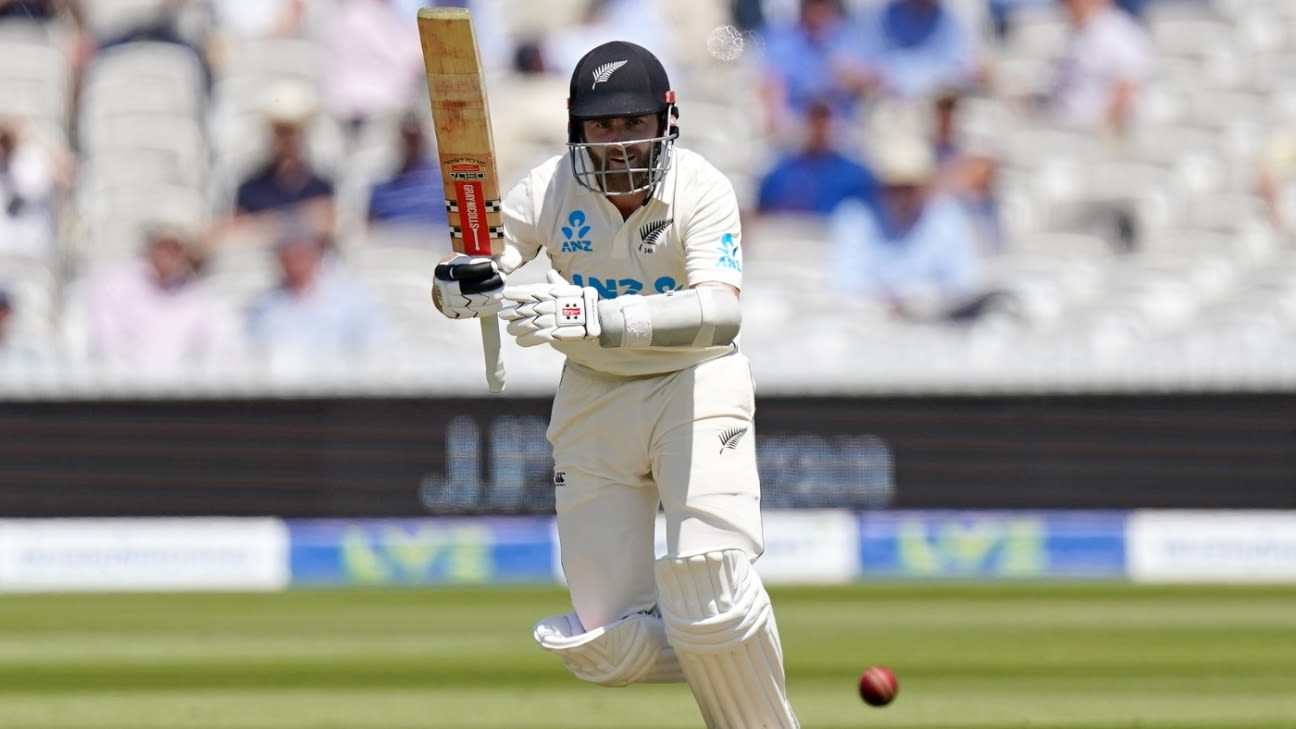 Cricket
Share on Facebook
Share on Twitter
Share on Google+
Share on Pinterest
Share on LinkedIn
New Zealand coach Gary Stead is confident that Kane Williamson will be able to bounce back from his IPL struggles in the Test series against England next month, but the first match of the series may come too soon for Trent Boult.
Williamson left the IPL early to return home for the birth of his second child, ending a tournament where he scored 216 runs at 19.63 and a strike-rate of 93.50. It marked his comeback to cricket for the first time since last November having missed the entire home season with an elbow injury.

He is expected to arrive in England around the time of New Zealand’s second warm-up match against a County Select XI which starts on May 26 ahead of the first Test at Lord’s on June 2.

“He’s a bit disappointed he hasn’t got the runs he wanted during the IPL,” Stead said. “You don’t often see the great players often miss out perhaps as much as he has, but I think what we have to understand, coming back in to red-ball cricket, I think that will suit where he’s at with his game, his temperament as well.”

Among New Zealand’s other IPL-based players, Tim Southee has now become available to join the tour after Kolkata Knight Riders’ tournament ended with their defeat against Lucknow Super Giants. Devon Conway‘s campaign will also be complete in the group stage with Chennai Super Kings eliminated.

However, Boult and fellow Rajasthan Royals player Daryl Mitchell will continue to be involved into the play-offs. Depending on how deep Royals progress into the final week, Stead said a call would then be taken on availability.

“That’ll be something that’ll just play out in the next week or so,” he said.

Mitchell could be in the frame for a spot in the middle order if Henry Nicholls does not recover from the calf strain he picked up shortly before leaving New Zealand. Nicholls has returned to light training but won’t feature in the first warm-up match against Sussex.

Tressel to step down as Youngstown State prez
Career-best T20 haul for Dom Bess sets up Yorkshire victory
Joshua: Win vs. Usyk will earn me ‘legend’ status
Alvarez on GGG trilogy bout: ‘It’s personal for me’
Serena-led duo advances to semis at Eastbourne