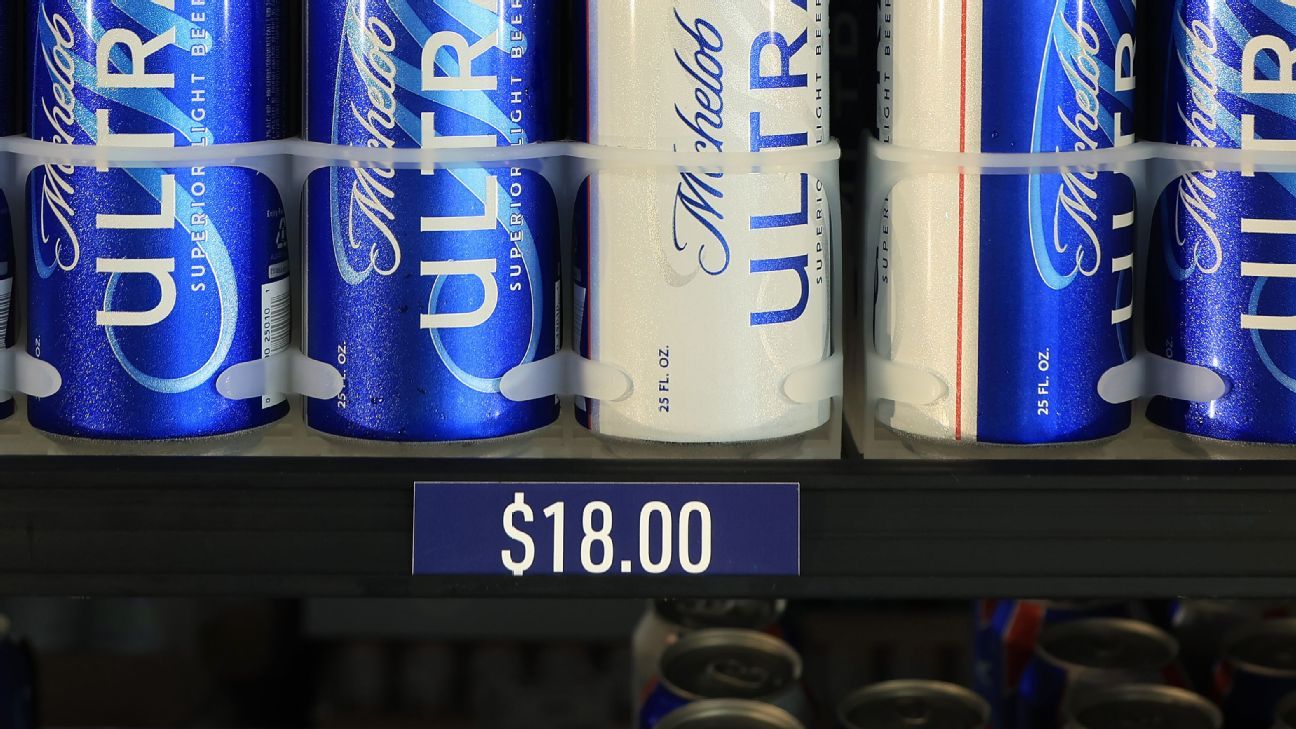 The prices of concessions at the 2022 PGA Championship at Southern Hills Country Club in Tulsa, Oklahoma, seem to be generating just as much buzz as Tiger Woods playing alongside Jordan Spieth and Rory McIlroy.

Prices for beers and other items at the tournament began circulating on social media Monday and raising eyebrows. A Michelob Ultra costs $18, while a Stella Artois costs $19. Cocktails are also $19, and a glass of wine will run you $13. Water is $6, and food ranges from $8 to $16.

Justin Thomas, who won the PGA in 2017, reacted to the prices.

In another tweet, Thomas said that given the price of concessions, one would have thought they would be playing for a $15 million purse this week. The purse for this week’s tournament is $12 million.

When asked about it on Tuesday, Thomas elaborated on his point and added that players had been discussing the prices. “I was blown away,” Thomas said. “… You want people to come to the tournament. If I’m on the fence and I’m looking at the concession stand, that’s not the greatest thing.”

As Brooks Koepka, who has appeared in a Michelob Super Bowl commercial, pointed out when asked about the $18 beers, the drinks are tallboys and come in 25-ounce cans. “It’s bigger than the normal ones, so you’ll be all right,” Koepka said. “You drink enough, you’ll be fine.”

Kerry Haigh, PGA of America chief championships officer, said Tuesday that the tournament’s concessions pricing is “sort of comparable to stadium events” and that the organization is comfortable with where they are. He also explained that they are trying a new model of ticketing where fans attending rounds of the event starting Thursday can eat as much food and drink as many nonalcoholic drinks as they want for the price of their ticket.

Tickets for Thursday’s first round are listed on the PGA Championship website for $195 plus fees. According to the site, tickets for Friday, Saturday and Sunday are sold out.

“At the end of it we’ll go back and, like we always do, try to figure out if it worked or didn’t work and what we can do better and raise the bar,” PGA of America CEO Seth Waugh said. “It’s not unique to sports but it’s unique to us, so we’re giving it a shot, and hopefully people love it. That’s the idea.”