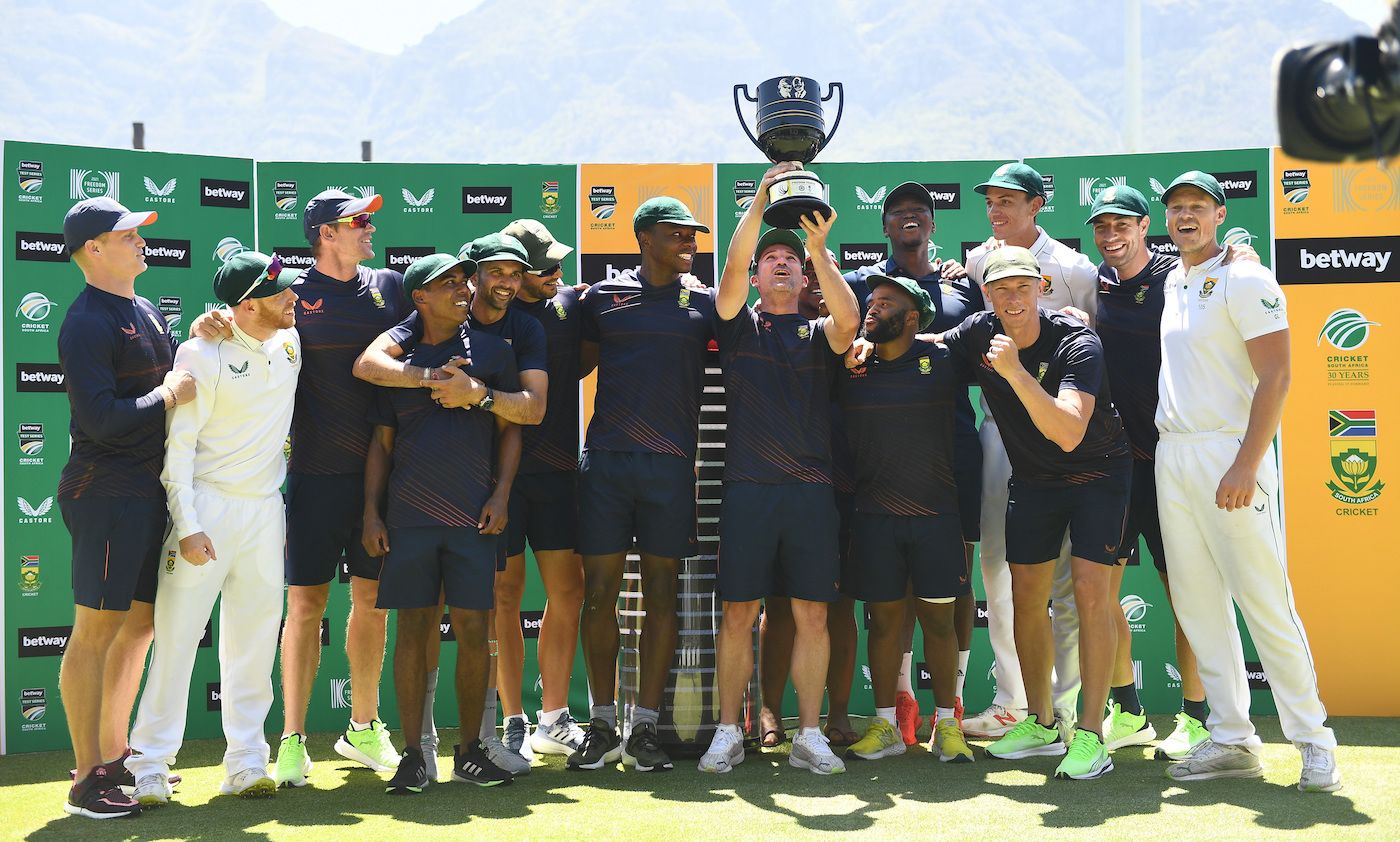 South Africa never ever give up a Test match. They were, not so long ago, the greatest travelling team in the whole world. They remain experts of the blockathon. And when you have the courage – the audacity – to bat out entire days of cricket, a target of 212 in a home game is nothing to worry about.

India fought hard. They began the fourth day with four dots. Two of them were plays and misses. One was an almost fatal piece of misjudgment where the batter allowed an uninterrupted path for the ball to strike his person.

Jasprit Bumrah went for his yorkers early. Mohammed Shami got it to seam away at will. Shardul Thakur got the only wicket to fall on the day. This is an attack not to be trifled with. And South Africa knew it. They respected the fact that the 111 runs they still needed for victory would require them to put their body, mind and spirit on the line. And that’s what they did.

There is a kind of easy grace to him. It’s hard to explain but picture Rohit Sharma and the shots he plays. Gloriously minimalist.

There was one in the 33rd over. It was only a single but if anyone managed to take a picture of the positions Petersen got into to play his on-drive, the makers of the cricket manual might be interested in it.

Shami was swinging into him, trying to cramp him. He saw it early. So he had the time to plant his front foot forward – but not too far – and angle it away so that it wouldn’t impede the flow of a straight bat coming down on the ball.

There was no anger in the shot. He seems to reserve that for his off side play. Especially when he decides to go on the back foot. The cuts through point and punches through cover really do leave a mark.

Assisting Petersen were Rassie van der Dussen, with his low backlift designed for the express purpose of protecting his stumps, and Temba Bavuma, the first Black African batter to score a Test match century for South Africa. That was back in January 2016. He’s come close a few times – a seventy here, an eighty there – but it’s been six years and he hasn’t added to that count. He’s still only got one century in 47 Test matches.

South Africa have kept the faith in him though. They’re a side in transition. They need senior players to guide them through it. And on Friday, Bavuma was the steadying hand that repelled one of the fiercest sides in international cricket. He struck two outstanding boundaries in one Bumrah over to end a spell where South Africa made just six runs in 48 deliveries.

India were feeling it back then. “Just the keeper and the bowlers left, boys” Virat Kohli said. All of them were averaging around 15 in Test cricket. All of them could put their feet up and relax thanks to Bavuma.

That first Test defeat in Centurion now looks like an anomaly. South Africa went into it after six months in the red-ball wilderness. The rust they were still shaking off was deeply obvious on that first day’s play. Since then, they have rallied and rallied hard. It was Lungi Ngidi who made a lot of this possible. He was the one who picked up Kohli’s wicket on day three and triggered a fatal India collapse of 6 for 46 in the second innings. Then he came into the press conference and said this wasn’t a team of superstars. He won’t be able to keep saying that if they keep playing like this.

Alagappan Muthu is a sub-editor at ESPNcricinfo

Mercilus makes surprise return to Pack practice
Canadiens hire former agent Hughes as new GM
Embiid: ‘No urgency to change’ surging Sixers
MMA Rank 20-11: Which fighters will have the best 2022?
What the 2018 hockey Olympians want the 2022 Olympians to know