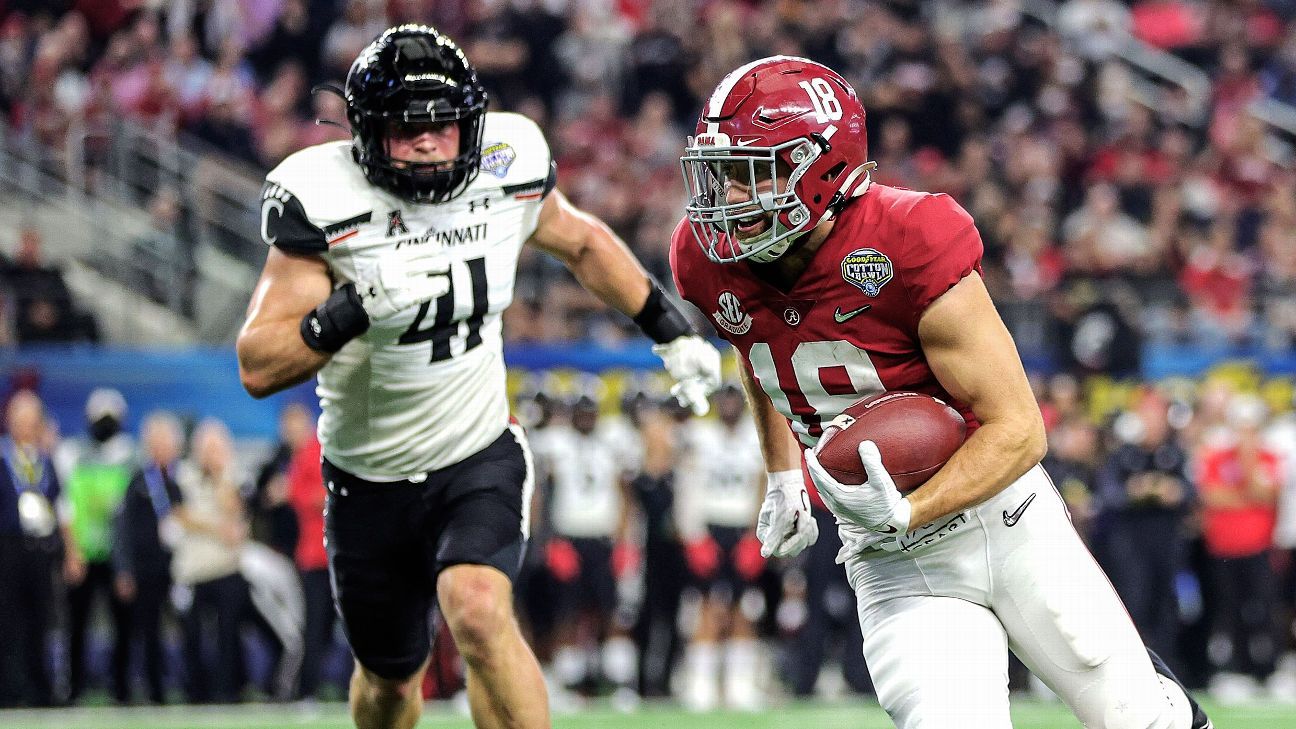 Bolden, To’oTo’o, Dale, Hellams and Battle announced their intentions on social media on Friday. Sources told ESPN’s Chris Low of the decisions of Metchie and Ekiyor.

Metchie led the Tide with 96 catches this season for 1,142 yards and eight touchdowns before tearing his ACL in the SEC championship game win over Georgia on Dec. 4. He is rated as Mel Kiper Jr.’s eighth-best draft eligible wide receiver.

Bolden was fourth on the team in receiving yards with 408 and had three receiving touchdowns. He and Metchie are part of a receiving corps that will lose at least four of its top five receivers.

Jameson Williams, who led the team with 1,572 yards, Metchie, Bolden and running back Brian Robinson Jr. are all off to the NFL.

To’oTo’o transferred to Alabama from Tennessee before the 2021 season. He was the No. 47 recruit in the 2019 class and signed with the Vols out of De La Salle High School in Concord, California.

“I loved my experience this past season, but things didn’t end how any of us wanted,” To’oTo’o said on social media. “We didn’t achieve our ultimate goal, and I can’t leave my brothers now knowing that we have unfinished business to attend to. Let’s get to work in 2022.”

He made an immediate impact at Alabama, earning a starting linebacker position and tallied 112 total tackles, 8 tackles for loss and 4 sacks. He earned second-team All-SEC and is now returning to a linebacking unit that has some important players coming back, including Will Anderson Jr. and true freshman Dallas Turner.

Ekiyor, a redshirt junior, started every game at right guard this season.