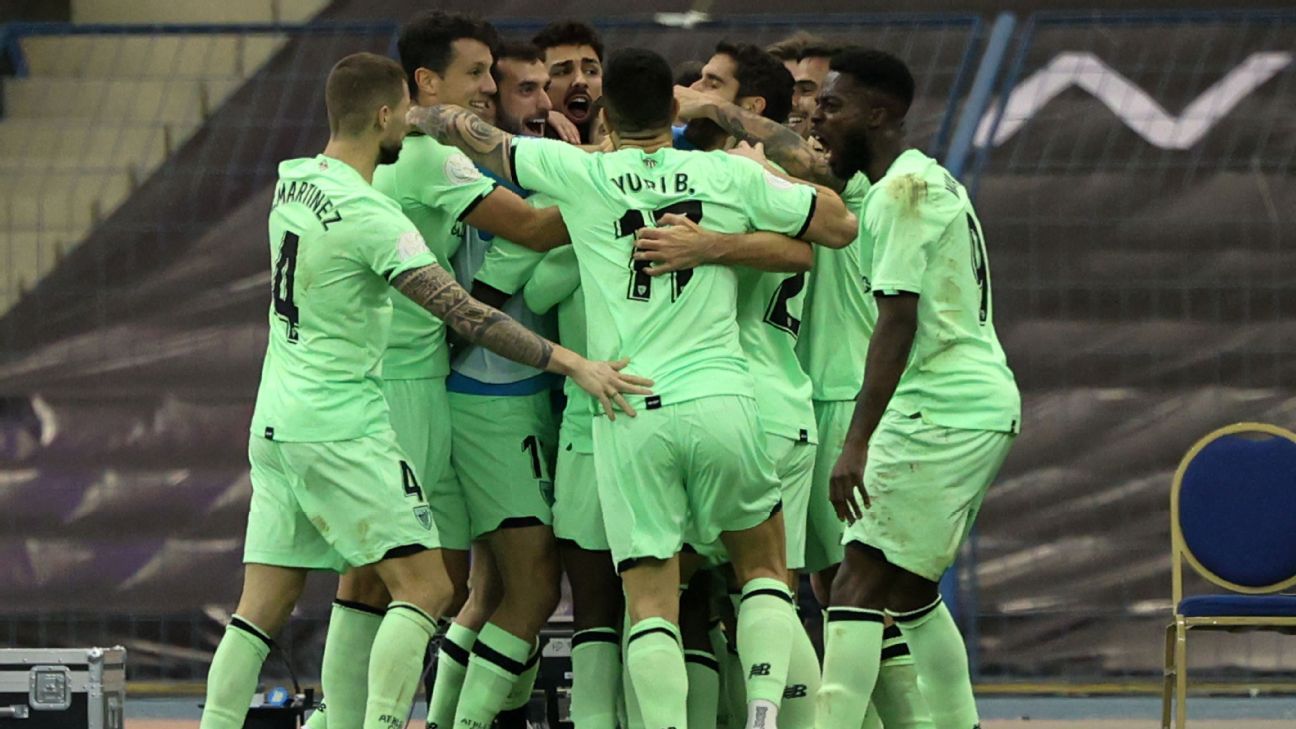 Athletic Bilbao‘s Nico Williams struck late in the second half to give the Spanish Supercopa holders a 2-1 comeback win over LaLiga champions Atletico Madrid and set up a showpiece final on Sunday against Real Madrid (1:30 p.m. ET; stream LIVE on ESPN+ in U.S.).

After a slow-paced first period in Riyadh’s half-empty King Fahd stadium, the game was ignited when Atletico went ahead just past the hour with an own goal by Bilbao keeper Unai Simon.

Thomas Lemar‘s corner from the right was met by the head of Joao Felix, whose effort struck the post only for the ball to hit the back of the diving Simon and cross the line.

Athletic Club equalised with another header from a corner as Yeray Alvarez found the net from close range in the 77th minute and then piled the pressure on Atletico, for whom Jan Oblak made three glorious saves.

But even the outstanding goalkeeper could not keep out Williams’ low shot, which went in off the post in the 81st minute to secure victory.

We didn’t play a good game,” Oblak said afterward. “That wasn’t the plan for sure, the plan was to play more, to press, to have more of the ball. It didn’t turn out like that, the team is disappointed, it’s a difficult moment, but other games will come, we have to get back up. You can’t say anything else, we have to improve a lot.”

“Every defeat is tough and this one even more, we really wanted to get to the final,” Oblak continued. “The Supercopa is a nice trophy and we really wanted it. The team will get back up, I’m sure. But we can talk here, words aren’t worth anything, we have to do it on the pitch. Saying anything won’t be enough.”