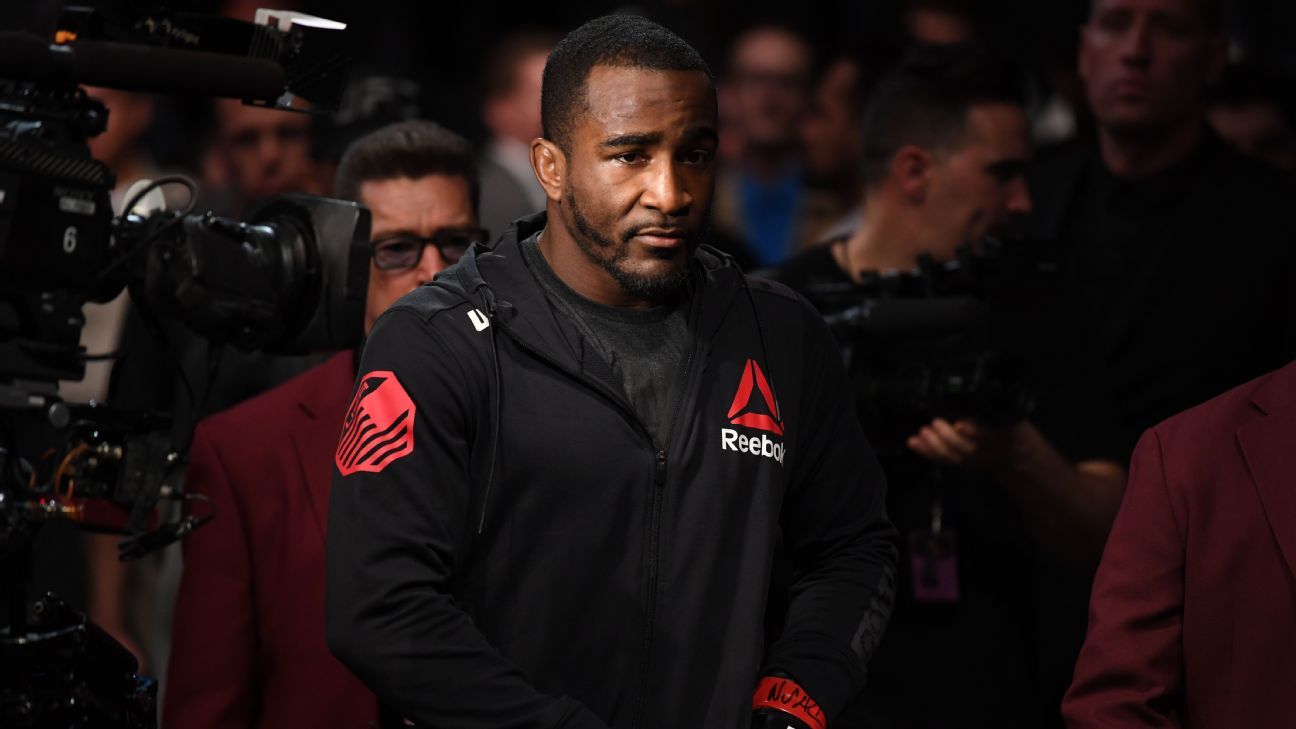 Neal was taken into custody in the early morning hours of Nov. 25 and was released after making $2,000 bond at 8:08 p.m. that night, the document stated. MMA Junkie was first to report the news.

Neal is scheduled to fight Santiago Ponzinibbio at UFC 269 on Dec. 11 in Las Vegas. That bout is not in jeopardy, according to the UFC.

“UFC is aware of the recent situation involving Geoff Neal,” the promotion wrote to ESPN in a statement. “The organization has been in communication with him and is in the process of gathering more details. Neal’s bout at UFC 269 on December 11th remains as scheduled.”

Brandon Barnett, Neal’s attorney, told ESPN that Neal volunteered for a blood test when he was arrested and his team believes those results will prove that Neal was not over the blood-alcohol legal limit of 0.08%. There will not be a case file produced against Neal until those results come back, Barnett said.

As far as the weapon charge, Barnett said Neal had a legally licensed gun in his car and that charge only exists because it is illegal to have a firearm in your possession while you allegedly commit a crime. If Neal’s blood-alcohol level is below 0.08%, the weapon charge would be dropped as well, Barnett said.

“If it turns out he was not legally intoxicated — which we expect the blood test will show — there won’t be a gun charge, either,” Barnett said.

Barnett said the blood results could take anywhere from six weeks to six months to come back. He said he is not sure what the probable cause was to arrest Neal, because the arrest report has not yet been released to him.

“I think it’s somewhat premature to report on this at this point,” Barnett said. “Doing what I do for a living, there’s a lot of occasions where you see an arrest and then based on the evidence that comes back there’s never even a case file.”

Neal, 31, is considered one of the top up-and-coming welterweights in the UFC. The Texas native, who trains out of Fortis MMA in Dallas, has lost two straight following a seven-fight winning streak. Both of those losses came after Neal’s August 2020 bout with a mysterious infection that led to sepsis and congenital heart failure. Neal has said he believed he was going to die during a week-long stay in the intensive-care unit.