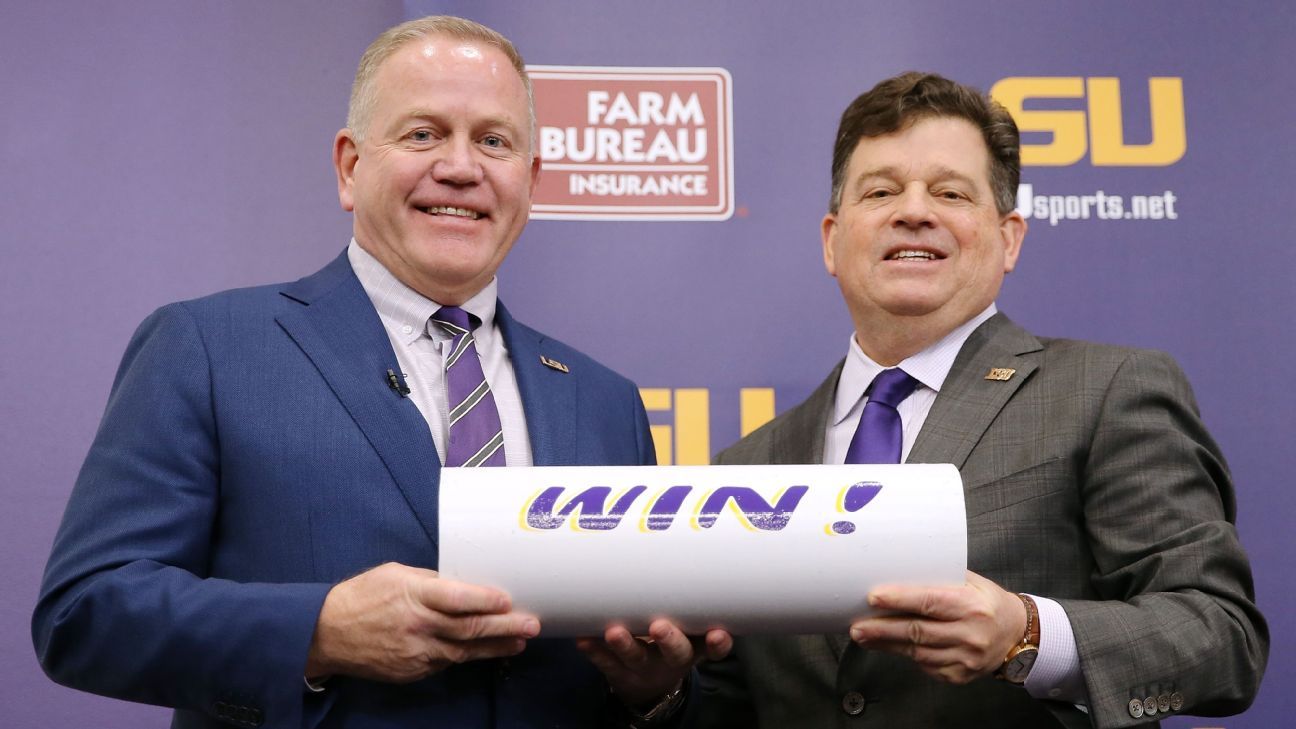 It’s a scene that sports fans hate to see. So, let’s set it up:

Your team is having a successful season. The head coach’s name is floated for a position elsewhere. Slight panic sets in. But then that coach says everything the fans — and players, of course — want to hear, that he isn’t going anywhere anytime soon. Breathe that sigh of relief.

It’s a scene that many know oh too well. Coaches double down on their current position — then end up leaving for greener pastures. Though it doesn’t always happen, it can. And it does. The result of such a move causes a bombardment of emotions — from anger to sadness to pure confusion.

Unfortunately, there is a large carousel of college coaches who have said one thing and done the complete opposite. Here’s a look at some notable “misunderstandings,” which then left the colleges, athletic directors, players and recruits in scramble mode.

Brian Kelly: “Unless that fairy godmother comes by with that $250 million check”

The former Notre Dame football coach left the program this week as the winningest head coach in program history with 113 victories in 12 seasons (including vacated wins). 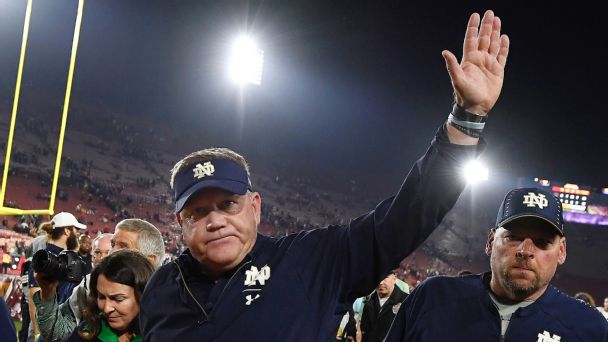 College football’s coaching carousel is spinning like it never has before, but we’re here to make sense of it all.

Rittenberg: Grading all the hires

• What’s next for Notre Dame, LSU

On Nov. 22, Kelly addressed the possibility of leaving Notre Dame for another job, telling reporters: “No. I mean, [Pittsburgh Steelers coach] Mike Tomlin had the best line, right? Unless that fairy godmother comes by with that $250 million check, my wife would want to take a look at it first. I’d have to run it by her.”

But eight days later, LSU announced it had signed Kelly, 60, to a 10-year, $95 million contract. It was a stunning move that Kelly said he didn’t even see as a possibility.

“There was no plan in place as I entered the 2021 season that I was looking for another opportunity,” Kelly said Wednesday.

There might not have been a plan for him to leave, but now the Fighting Irish are in pursuit of a new plan without Kelly, who had been at the helm since 2010.

Nick Saban: “I guess I have to say it. I’m not going to be the Alabama coach”

Could it be one of the biggest what-ifs in football history?

It is nearly impossible to think of Alabama football without thinking about Nick Saban. But before he became the coach of the Crimson Tide in 2007, Saban was in the NFL as the Miami Dolphins coach.

“I guess I have to say it. I’m not going to be the Alabama coach,” Saban said in December 2006. The statement was in response to rumors that Alabama was making numerous attempts to get him to return to the college football sideline.

“I’m not going to be the #Alabama head coach”- Nick Sabanhttps://t.co/0neLwINVAq pic.twitter.com/j0h3H5gJAd

On Christmas Day 2004, Saban agreed to a five-year contract worth at least $22.5 million with Miami. He was poised to help rebuild the Dolphins, even though he went just 15-17 in two seasons.

But when January 2007 rolled around, the Tide had a new head coach. The agreement was for eight years and a guaranteed $32 million — and Saban is still with Alabama to this day.

Had he stayed with the Dolphins and in the NFL, the world of college football could look completely different now. With Alabama, he has won six national championships (2009, 2011, 2012, 2015, 2017, 2020) and is considered one of the greatest college football coaches of all time.

Roy Williams: “I could give a s— about North Carolina right now”

Most people think of Carolina blue and white when Basketball Hall of Fame coach Roy Williams is mentioned. But before Williams led North Carolina to three NCAA championships, he was head coach at Kansas for 15 years.

Williams led the Jayhawks to 14 NCAA tournaments, including title games in 1991 and 2003.

North Carolina had courted Williams in 2000, but he turned down the Tar Heels. Speculation grew again three years later.

Go perfect in your bowl picks and win up to $1 million, plus more prizes! Make Your Picks

After KU’s loss in the title game on April 8, 2003, a reporter asked Williams if he would be bolting for UNC, his alma mater.

“I could give a s— about North Carolina right now,” Williams said in a live CBS interview. “I’ve got 13 kids in that locker room that I love.”

But less than a week later, Williams was heading back to Chapel Hill. It’s hard to say no to legendary coach Dean Smith twice.

“Coach Smith and Coach Williams have a special relationship, and that disappointment of knowing what happened probably weighed on him the last couple of years,” then-Chattanooga coach Jeff Lebo, a former North Carolina player, said at the time.

After 18 seasons with UNC, Williams retired from basketball in April 2021.

John Calipari: “I am happy right where I am and there is still much work to be done”

Following eight successful basketball seasons at UMass, Calipari left for Memphis. After three campaigns and an NCAA tournament berth for the first time under Calipari, rumors immediately started flying that he would leave the Tigers. 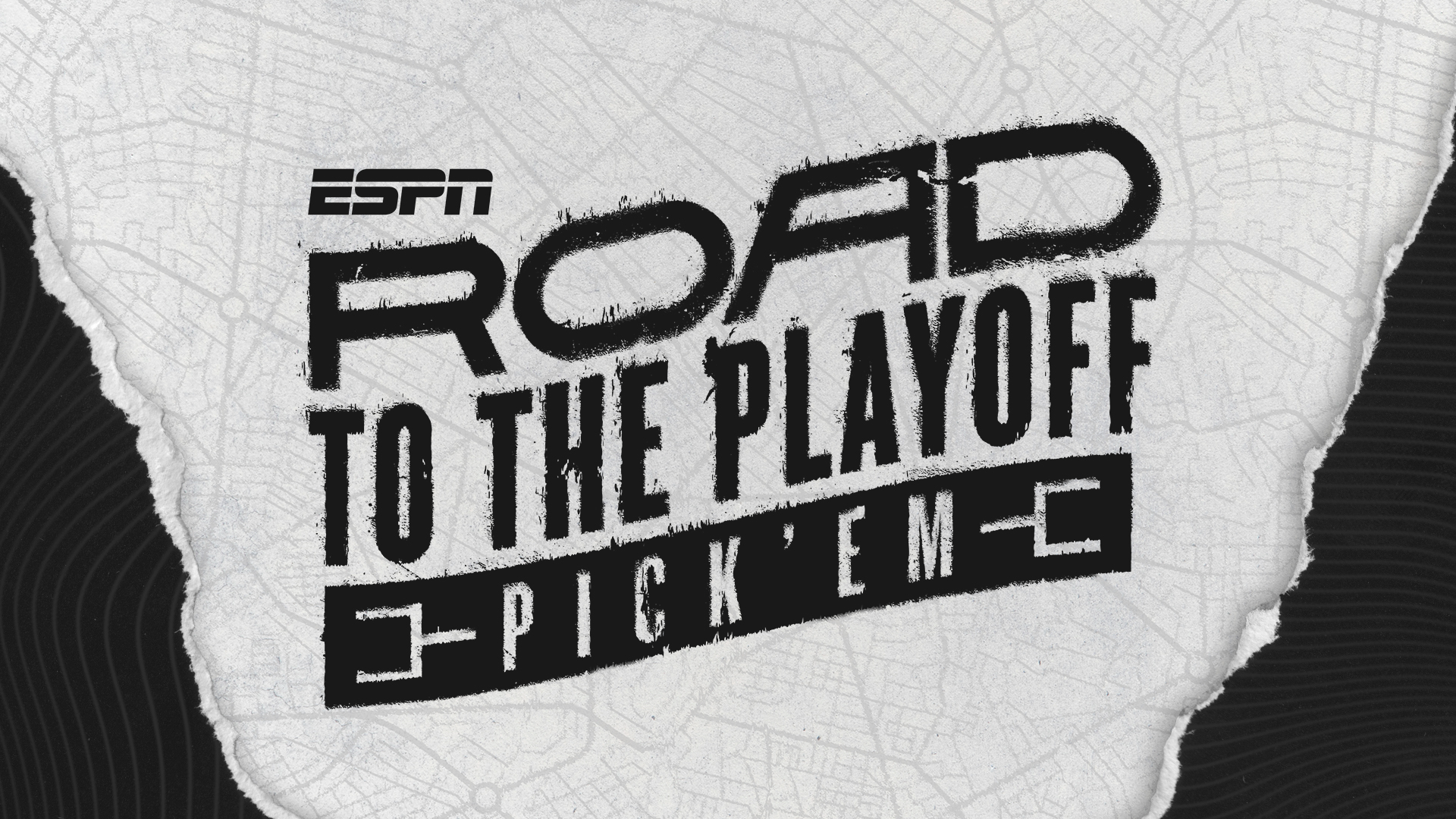 Play for FREE and compete for a chance to win $1,000. Make Your Picks

Due to the winning ways of the program, Calipari said it was to be expected his name would be tossed around for taking on new roles — one of those being at the University of Pittsburgh. In 2002, his $1 million a year contract with Memphis was extended through the 2006-07 season.

“I want Tiger fans to understand I am happy right where I am and there is still much work to be done,” Calipari said.

It wasn’t right away, just four days after Memphis was ousted from the NCAA tournament by Missouri in March 2009, but Calipari agreed to be the head coach at the University of Kentucky for an eight-year, $31.65 million contract. The move definitely upset those at Memphis.

“Why did he wait so long?” former Calipari assistant Bruiser Flint, then the coach at Drexel, said at the time. “He said he didn’t have to take the job. He’s 50 years old. He felt good at Memphis. It was a good place for him. But at the end of the day, it’s Kentucky.”

Steve Sarkisian: “I love my job. I hope I get to coach here longer than Don James did”

Sarkisian’s departure from the University of Washington football team was not as dramatic as that of the aforementioned coaches, but it did raise some eyebrows.

Sarkisian became the first Washington coach to voluntarily leave for another position since Darrell Royal in 1956, when he departed for Texas.

“USC is a good place, don’t get me wrong. I had a wonderful time there, but man, we are doing something special here,” Sarkisian, a former Trojan assistant under Pete Carroll, told “The Dan Patrick Show.”

In December 2013, when Sarkisian left to become the head coach at Southern California, he was in the middle of a contract that ran through 2015 and paid him about $2.25 million per year before jumping to $2.85 million in the final season.

Sarkisian took over the Huskies program in 2009 after it went 0-12 the previous season, and he led them to a 34-29 record in five seasons, including three straight seven-win campaigns.

USC eventually fired Sarkisian in October 2015 after taking an indefinite leave of absence due to appearing at team functions under the influence.

Sarkisian spent time with Saban at Alabama in 2016, before working in the NFL with the Atlanta Falcons in 2017 and 2018. After successful seasons in 2019 and 2020 as offensive coordinator with the Crimson Tide, Sarkisian became head coach of the University of Texas ahead of the 2021 season.

Tommy Tuberville: “They’ll have to carry me out of here in a pine box”

In 1998, Tommy Tuberville said in order for him to leave Ole Miss, “They’ll have to carry me out of here in a pine box.” Tuberville got his start as a college football head coach with the Rebels in 1995, going just 25-20.

Two days later, he signed a five-year deal worth $4.5 million to become Auburn‘s new head coach. Tuberville never won a championship with the Tigers, but he did guide them to eight bowl berths.

Tuberville had another famously bold bolt decades later. According to reports, in December 2012, three seasons in as the head coach of Texas Tech, Tuberville left a dinner with recruits and never returned.

Eventually, his staff found out he had taken a new job to become head coach at Cincinnati.

“There’s always a next step,” Tuberville said. “I’m going to get the question: Why did you come to Cincinnati?”

Tuberville cited a pep rally held for the Bearcats basketball team that weekend and a connection to athletics director Whit Babcock, whom he worked with for three years at Auburn.

In a May 2019 interview, Tuberville, who is now a U.S. Senator, said that the dinner incident never happened.

“I left [the restaurant], but I left when everybody else left. I actually paid the bill,” he explained to AL.com. “Cincinnati had called, and I was thinking about it. There was nothing finalized. I was recruiting [for Texas Tech]. It was a Friday night, and I took them out to eat with some other coaches and a couple of players. They left. And I left. What are you supposed to do — stay there all night? Of course, it all got blown out of proportion.”