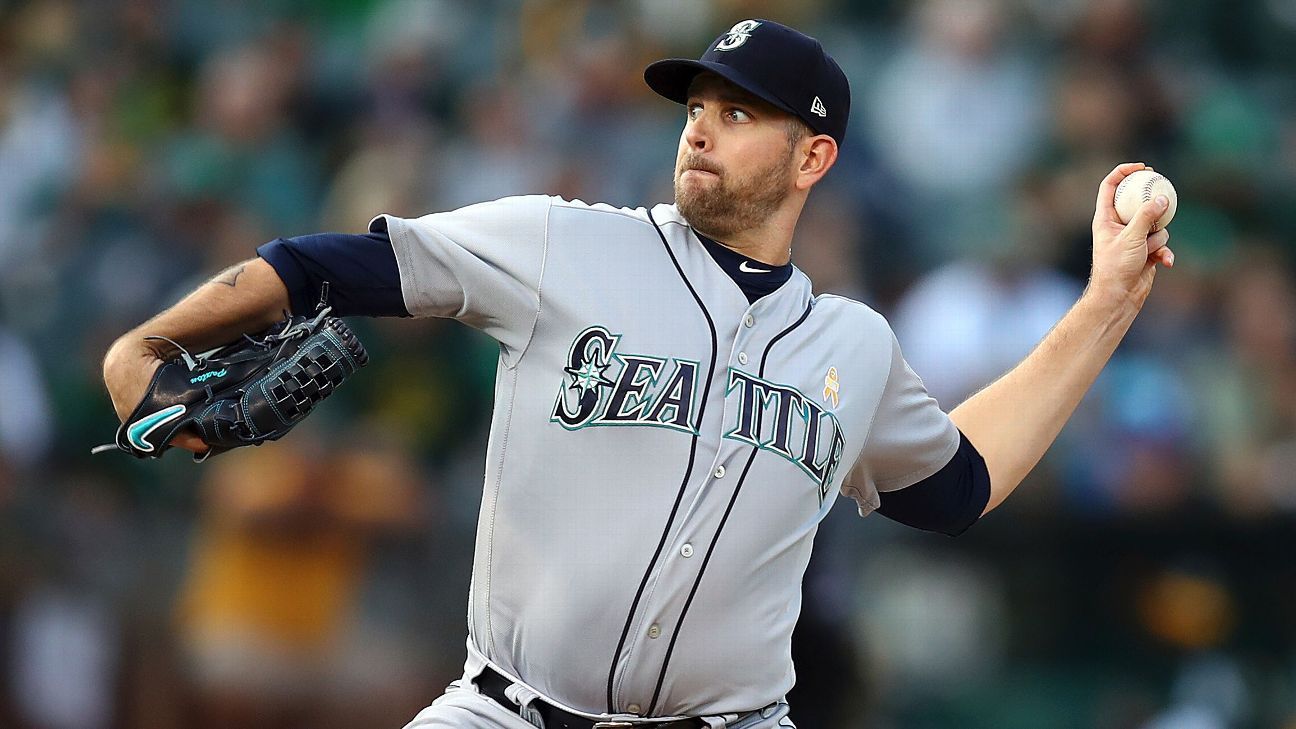 Left-hander James Paxton and the Boston Red Sox are in agreement on a one-year, $10 million contract with a two-year club option, sources familiar with the deal told ESPN’s Jeff Passan on Tuesday.

Paxton, 33, is recovering from Tommy John surgery and should be back pitching in 2022.

Paxton’s 2021 season with the Seattle Mariners came to an abrupt end in April due to the surgery. He left his first start of the season in the second inning after 24 pitches.

Paxton was 41-26 with a 3.42 ERA for the Mariners from 2013 to 2018, striking out 617 and walking 168 in 582⅓ innings. He was traded to the New York Yankees in November 2018 for a top prospect, left-hander Justus Sheffield, along with outfielder Dom Thompson-Williams and right-hander Erik Swanson.

Paxton struggled in the first half of his first season in New York, rediscovered his breaking ball in the second half and went 15-6 with a 3.82 ERA. He won a career-best 10 straight starts before leaving his final regular-season start after one inning on Sept. 27, 2019.

The Yankees said he had a tight left glute muscle, and he returned to go 1-0 with a 3.46 ERA in three postseason starts, allowing five runs in 13 innings. But he needed surgery in February 2020, when Dr. Andrew Dossett in Dallas performed a microscopic lumbar discectomy to repair a herniated disk and remove a peridiscal cyst.

Paxton was able to start the season on time when the COVID-19 pandemic caused a delay until late July, but he went just 2-3 with a 6.64 ERA in five starts. He did not pitch after Aug. 20 after suffering what the Yankees said was a low-grade strain in his left forearm flexor.

He returned to the Mariners last offseason on a one-year, $8.5 million deal.