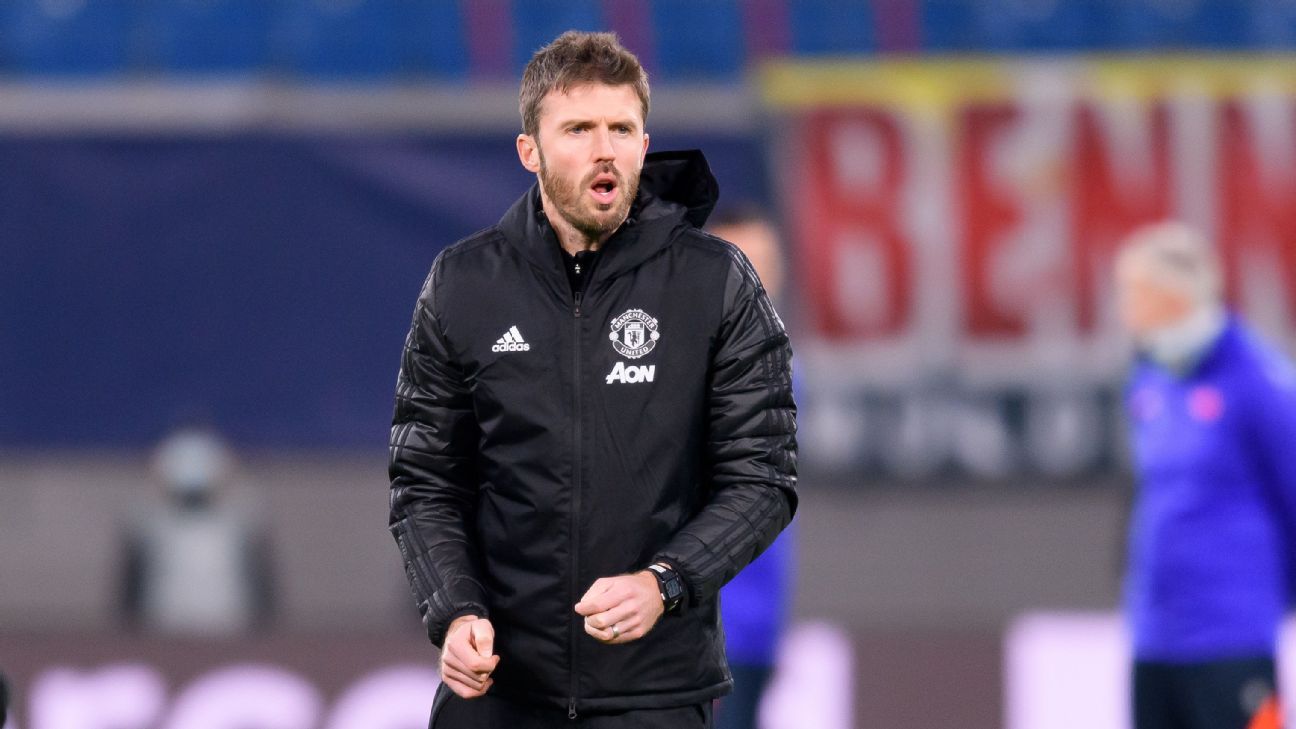 Michael Carrick has said he is yet to speak to incoming Manchester United interim manager Ralf Rangnick and suggested the German will not be able to impact selection or tactics for the Premier League clash with Arsenal because of ongoing work permit issues.

Rangnick has now arrived in Manchester after an announcement on Monday that he will lead the team until the end of the season following the dismissal of Ole Gunnar Solskjaer.

But while the club try to obtain a work visa for the 63-year-old, Carrick will continue as caretaker for Arsenal’s trip to Old Trafford on Thursday.

Asked whether he had spoken to Rangnick at a news conference on Wednesday, Carrick said: “No. Because of the process and work permit we haven’t been able to.

“The work permit process is ongoing as we speak and I’m in this position as I was for Villarreal and Chelsea, getting the boys ready for the game tomorrow night.

“It’s pretty much as it was. We’ve carried on. It’s worked well the last two games and hopefully will tomorrow [Thursday].”

Sources have told ESPN that United are hopeful Rangnick will be able to be in the stands at Old Trafford on Thursday while Carrick leads the team from the touchline.

United have insisted Rangnick had no input ahead of the 1-1 draw with Chelsea on Sunday when Carrick opted to leave Cristiano Ronaldo on the bench — a decision Carrick says has been “blown up.”

“I think those type of decisions get blown up more than they are when you’re inside the team and the club,” he said.

“Decisions are made for lots of different reasons. I didn’t see it as a major decision. We all got on really well, the game went well to an extent and it wasn’t a drama at all.”