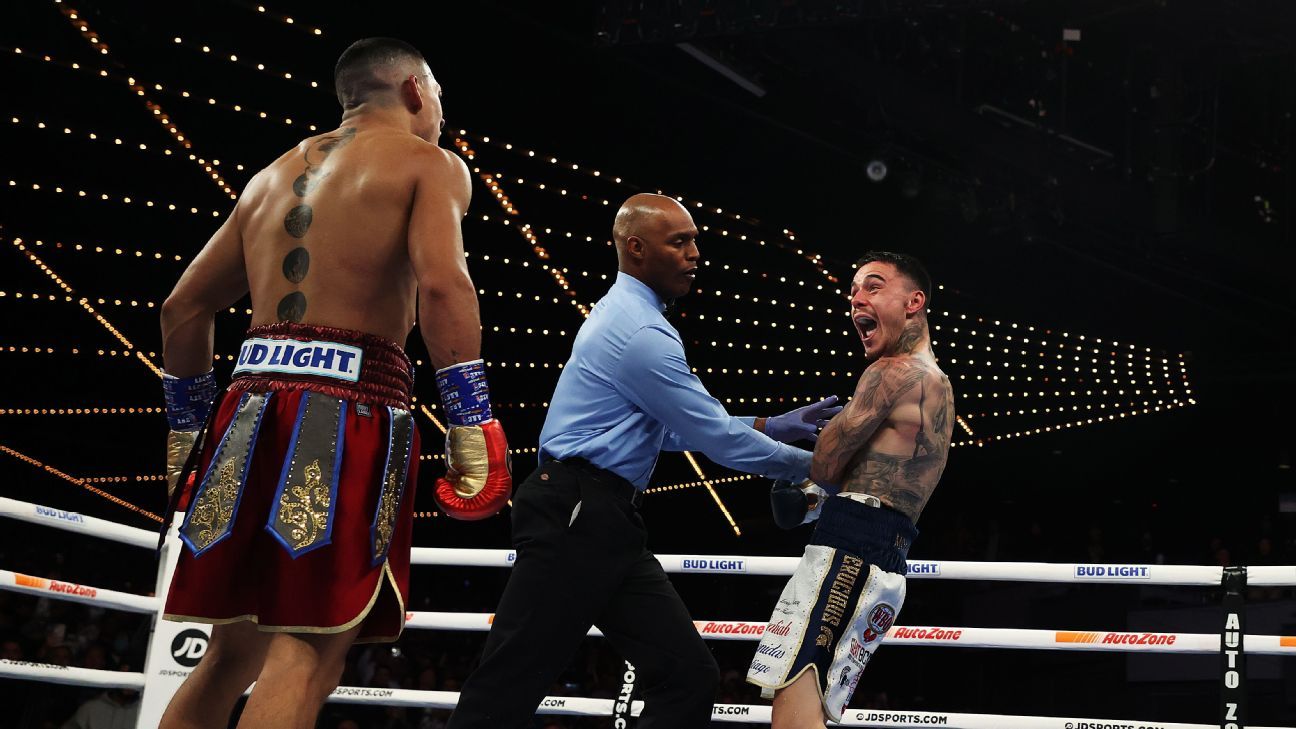 Teofimo Lopez promised to put on a show at the Hulu Theater in Madison Square Garden on Saturday.

Lopez, a New York native, fought in his hometown for the seventh time in his career. He had won all of the previous fights by knockout.

However, this fight against George Kambosos Jr. did not follow that trend.

Kambosos Jr., who fought for a world title for the first time in his career, became just the fifth unified champion from Australia since 1960. It was a split decision as two judges scored it 115-112 and 115-111 for Kambosos Jr. and the third judge scored it 114-113 for Lopez. After the fight, Lopez didn’t shy away from sharing how he felt about the judges’ decision.

“I don’t care what anybody says, man,” Lopez said. “I won this fight.”

Shakur Stevenson, Errol Spence and others shared their sentiments about the new champion.

Oh yeah champ @georgekambosos I don’t mind traveling to Australia either but congrats enjoy the family and settle down and think on it… Sounds like a even bigger and better fight to me!

Yo @georgekambosos Beautiful work champ u looked great.. I would love a shot at them belts if you’re down 💪🏾

No rematch clause that hurt

Welcome to the undisputed club @georgekambosos 🎉!

Felt like he wasn’t himself building up to the fight and kept saying it would be 1 round and he tried to stick to his word and kambosos dropped him and then everything changed. I was shocked he came out like that bro. https://t.co/obm42fMtVQ

Congrats @georgekambosos well deserved victory you worked hard for it! Let’s make it happen for all the belts ! #RealUndisputed

Well said Champ. @TeofimoLopez is still great… Not a great look at his final comment but he still is a great elite fighter. Hope he will come back stronger from this. @DAZNBoxing @MatchroomBoxing #LopezKambososJr https://t.co/UWteE8HWrs