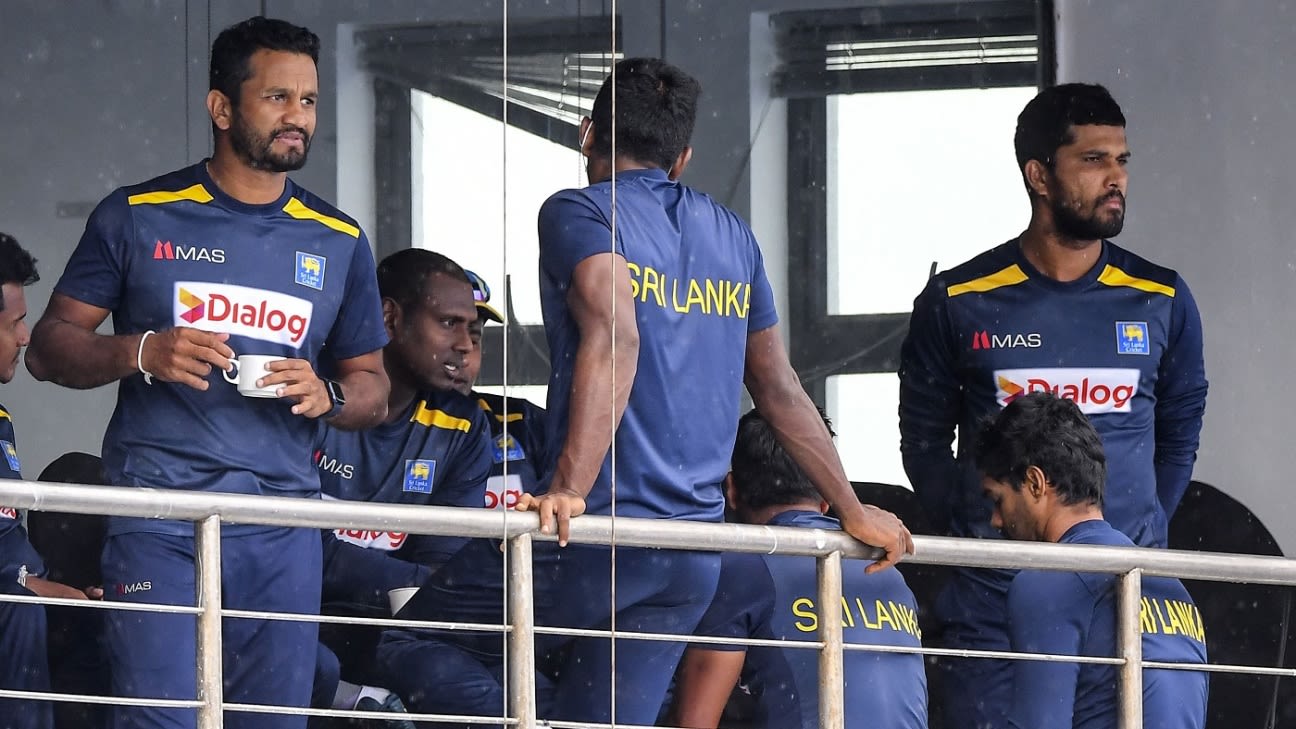 Sri Lanka bat after delayed start due to rain

Sri Lanka won the toss and – unsurprisingly – chose to bat first, after the toss was delayed by five hours, in Galle. Persistent drizzle effectively washed out the first two sessions. Play is set to begin at 3pm local time, with 45 overs scheduled. It is unlikely that play will continue until 6pm, as is hoped, however, with bad light likely to set in before then.

West Indies made three changes to the side that lost by 187 runs in the first Test. Opening batter Jeremy Solozano remains unavailable, as he continues to recover from the concusssion he suffered on the first morning of his debut Test, last week. Shai Hope, his concussion substitute for that game, takes his place in the starting XI.

Left-arm spinner Verasammy Permaul also comes into the side, making his first Test appearance since 2015. He displaces Rahkeem Cornwall the offspinner, which means that West Indies have two frontline left-arm spinners in the XI, with Jomel Warrican also there. Allrounder Roston Chase, who took a five-wicket haul in the first match, is their primary offspinning option.

Kemar Roach, who was controversially left out for the first game, returns. Shannon Gabriel makes way for him, having picked up only two wickets in the last match.

Sri Lanka, meanwhile, have chosen to strengthen their batting, with their seam bowlers having at times been superfluous in the first match. Dushmantha Chameera has been left out in place of Charith Asalanka, who makes his Test debut, having had an excellent T20 World Cup over the past six weeks. The remainder of the Sri Lanka XI remains unchanged.

Although most of day one has been lost, this surface is expected to start off drier than the pitch from the first match, which means it is likely to take spin earlier in the game.