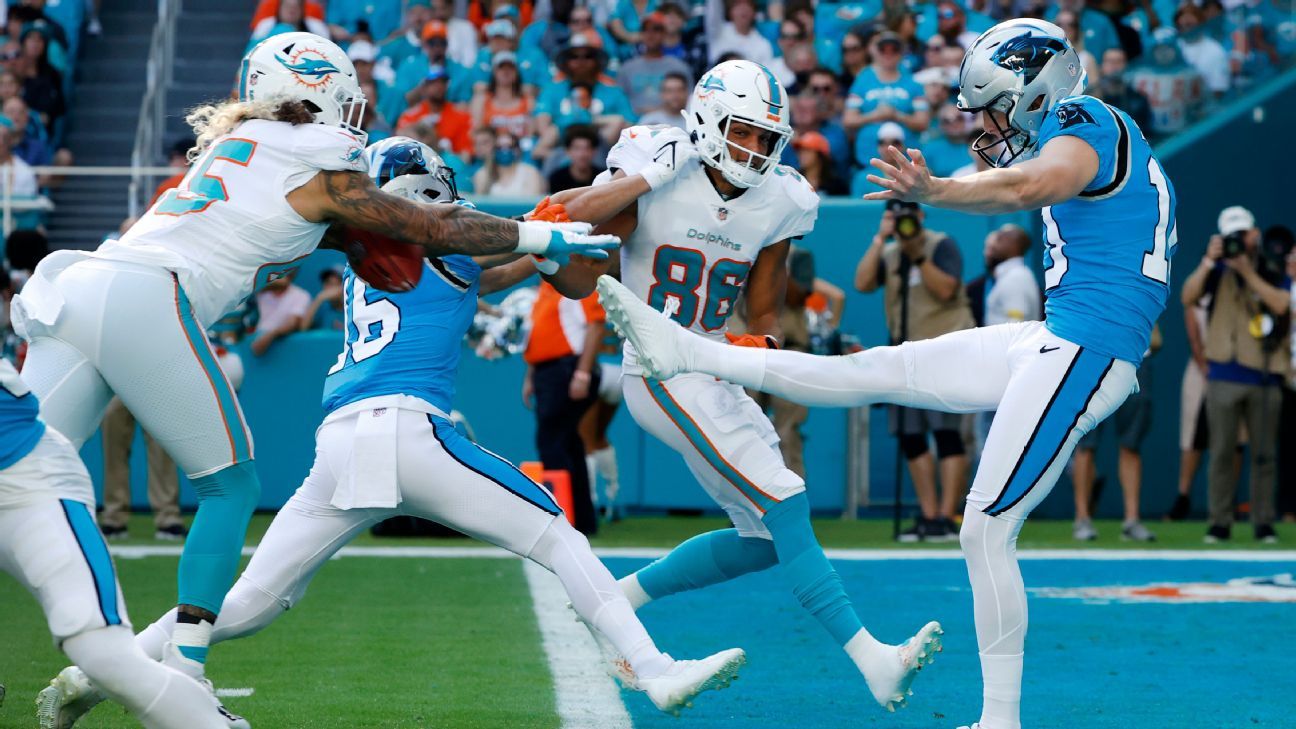 MIAMI — The Miami Dolphins defense has fueled their current three-game winning streak, but their special teams got them on the board Sunday against the Carolina Panthers, blocking a punt and returning it for a touchdown.

Carolina went three-and-out on its first drive of the game — which began at its own 5-yard line thanks to a Michael Palardy punt. Miami linebacker Duke Riley, who put a big hit on Panthers receiver DJ Moore on the previous play, burst through the line of scrimmage to block Carolina’s punt at the goal line.

The ball was recovered by Dolphins cornerback Justin Coleman, who was dragged into the end zone by his teammates to give Miami a 7-0 lead. It was the Dolphins’ first touchdown off a blocked punt since 2016.