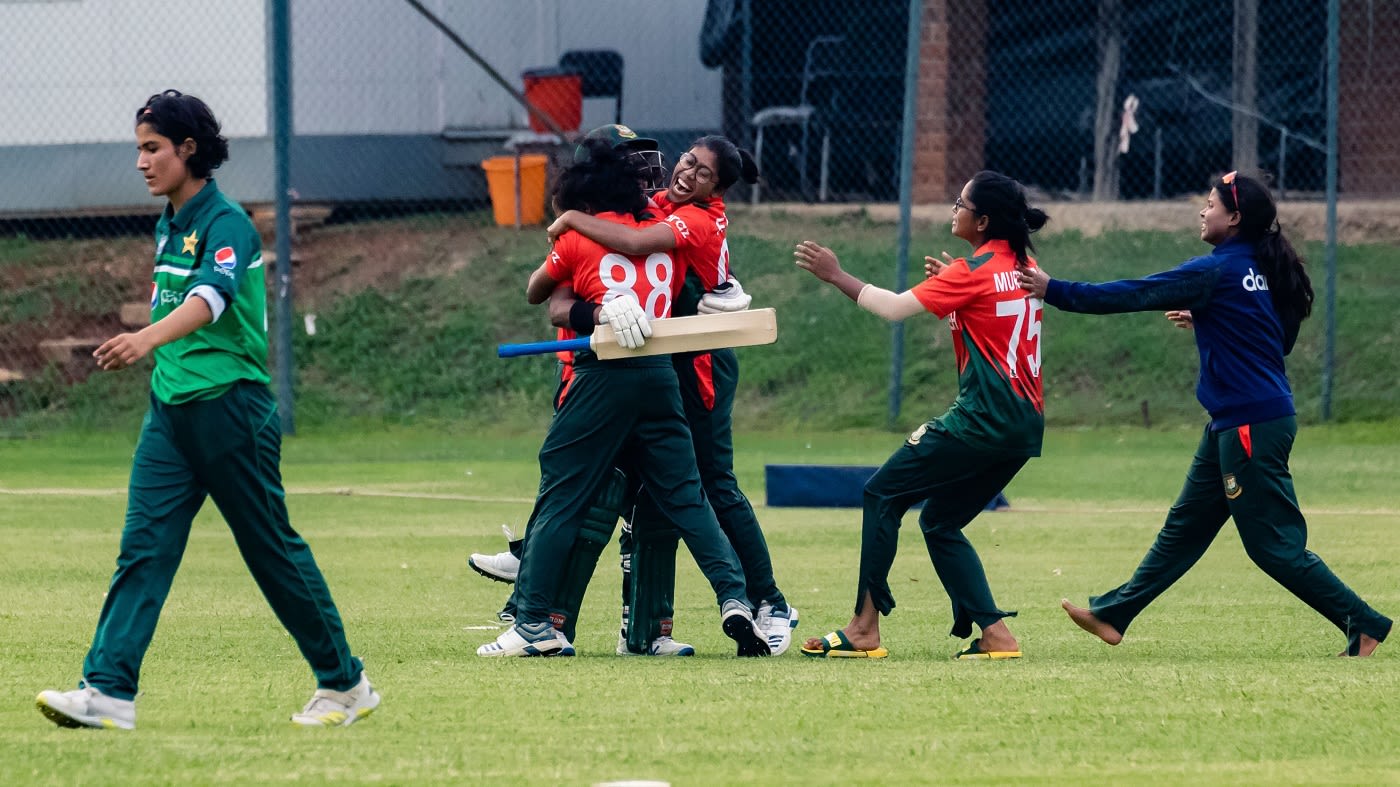 The tournament cannot be rescheduled, as the ODI World Cup is scheduled for March-April 2022

The women’s ODI World Cup qualifying event in Zimbabwe has been called off after travel restrictions were imposed on large parts of southern Africa following the detection of a new Covid-19 variant, called Omicron, in the region. With the marquee event scheduled to take place next year in March and April, the qualifier cannot be held at a later date, and the three remaining spots will be decided according to the ICC rankings.

Hosts New Zealand, Australia, England, South Africa and India have already qualified for the tournament. They will now be joined by Bangladesh, West Indies and Pakistan.

The news will be a disappointment to Thailand, who do not have a ranking at the moment, but beat Zimbabwe and Bangladesh in the tournament. Bangladesh were on top of Group B with wins over Pakistan and USA, while West Indies topped Group A after beating Ireland.

ESPNcricinfo has learned that the cutoff date for the women’s ODI rankings taken into consideration for deciding on the final three teams for 2022 ODI World Cup was September 30. Between the start of the pandemic and August 31, 2021, Pakistan played eight ODIs, winning two, West Indies played 10, winning three and having one tied, while Ireland, Sri Lanka, and Bangladesh played none. Bangladesh, however, are understood to have been well ahead of Ireland and Sri Lanka on the rankings for more than a year. So while lack of game time before the cutoff date didn’t hurt Bangladesh, it did play a part in Ireland and Sri Lanka missing out on the 2022 World Cup berth, either or both of whom may have had a chance to pip one or both of Pakistan and West Indies to the World Cup spot.

Concerns over the future of the qualifier were raised on Saturday morning when the match between Sri Lanka and West Indies was called off without a ball bowled. ESPNcricinfo understands that the fixture could not be played because a member of the Sri Lankan support staff had tested positive for Covid-19.

“We are incredibly disappointed to have to cancel the remainder of this event but with travel restrictions from a number of African countries being imposed at such short notice, there was a serious risk that teams would be unable to return home,” Chris Tetley, the ICC head of events, said.

“We have explored a number of options to allow us to complete the event but it isn’t feasible and we will fly the teams out of Zimbabwe as soon as possible. Bangladesh, Pakistan and the West Indies will now qualify for the ICC Women’s World Cup 2022 by virtue of their rankings, whilst Sri Lanka and Ireland will also join them in the next cycle of the ICC Women’s Championship.”

There had already been a few positive Covid-19 tests in the Sri Lanka camp after reaching Zimbabwe, the last of which was detected prior to their match against Netherlands on Tuesday. That match did go ahead with Sri Lanka winning a rain-affected fixture by 34 runs.

On the whole, Zimbabwe’s caseload remains relatively low at under 135,000, with fewer than 5000 deaths. However, with travel in and out of the country becoming increasingly difficult, the qualifier had to be scrapped for logistical reasons. Emirates Airline, which flew the teams into Harare, is understood to be suspending the route in the coming days.

The variant was first discovered in Botswana and has infected several hundred people in neighbouring South Africa, which is on the brink of a fourth wave of infection. The UK, USA, much of Europe, Australia, Sri Lanka and Thailand have all suspended travel to and from countries in southern Africa, putting several international events in doubt.

The women’s World Cup qualifiers got underway on Sunday, November 21, amid low case numbers in southern Africa, but Papua New Guinea had been “forced to withdraw” from the tournament at the start of the month due to a slew of infections in the camp. News of a new variant was first made public on Tuesday, November 23, and cases in the Gauteng province of South Africa have increased several fold since. Although South Africa is reporting around 2000 new cases a day, there are concerns this will rise exponentially and stricter restrictions are due to be introduced soon. South Africa is currently on Level 1 of 5 of its restrictions, the most lenient since the pandemic began.
The Netherlands men’s team is currently in South Africa playing a World Cup Super League ODI series and have two matches left to play. A decision on whether those are going to go ahead will be taken today.

India A are also in South Africa, playing first-class matches in Bloemfontein. So far, that series is known to be on schedule, since the region is regarded as safe. India’s senior side is due to travel to South Africa for three Tests, three ODIs and four ODIs on December 8. India has not imposed any restrictions on southern African travellers yet, but has installed stricter testing measures for people from the region.