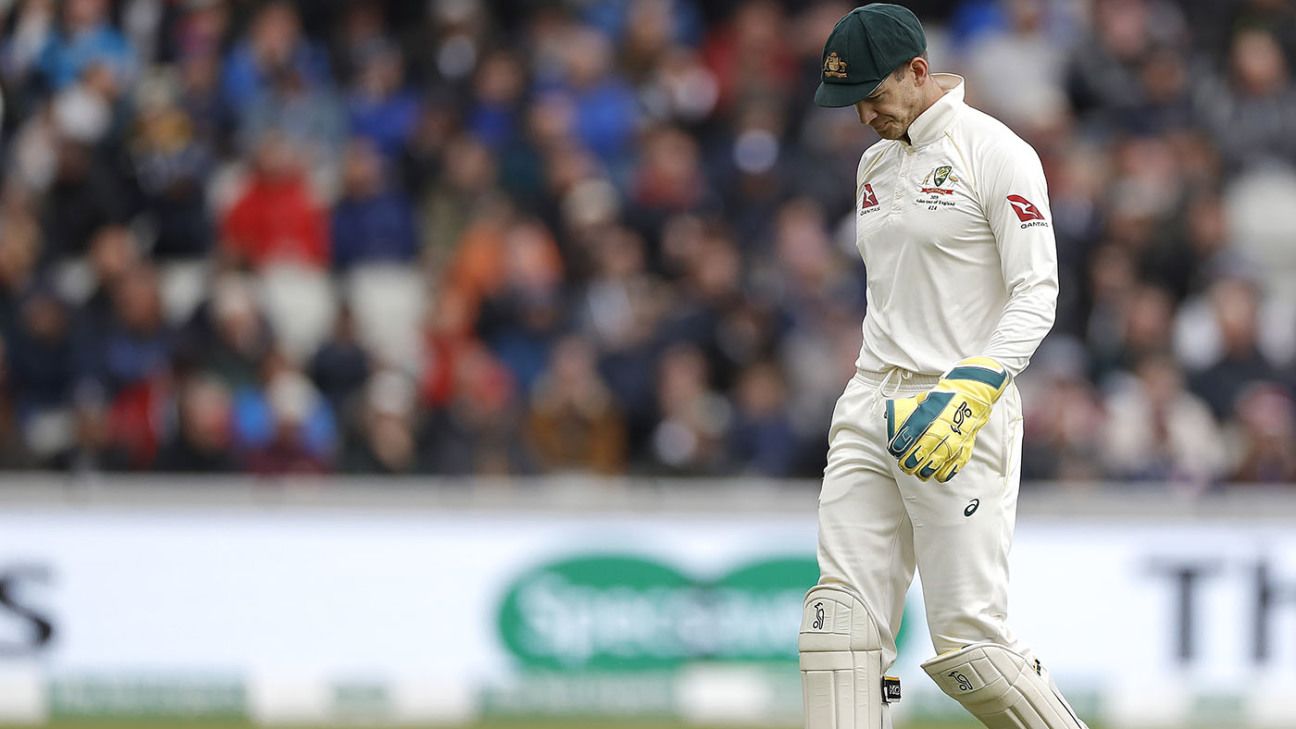 Tim Paine has taken an indefinite mental health break from the game which means he is unavailable for the start of the Ashes and raises the prospect that he has played his last Test.

Paine had been due to play in Tasmania’s Marsh Cup game on Friday before linking up with the Australia squad in Brisbane but withdrew from the match on Friday morning following his return to play in the 2nd XI match against South Australia during the week.

“Confirming that [Tim Paine] is stepping away from cricket for an indefinite mental health break,” Paine’s manager James Henderson tweeted. “We are extremely concerned for his and Bonnie’s well-being and will be making no further comment at this time.”

A Cricket Tasmania statement said: “Following discussions over the last 24 hours, Tim Paine has advised Cricket Tasmania that he will be taking a leave of absence from all forms of cricket for the foreseeable future

“Cricket Tasmania will continue to support Tim and his family both professionally and personally over the summer.

Paine’s withdrawal means a likely Test debut for Alex Carey at the Gabba although he could face competition from Josh Inglis.

When Paine resigned the captaincy a week ago, the Cricket Australia board said he remained available for selection as a player and Paine himself restated his desire to face England despite the fallout.

The Australia Cricketers’ Association, who in their initial statement said they did not believe he should have had to resigned, said he had to be allowed to continue playing.

On Thursday, Nathan Lyon endorsed him as the best wicketkeeper in the world. “I think the selectors said that we’re going to pick the best available XI and, in my eyes, Tim Paine is the best keeper in the world,” he said. “I know I want him. This is very selfish from a bowler’s point of view. I want the best gloveman behind the stumps and in my eyes, that’s Tim Paine.”

Kyoji Horiguchi, the ‘best fighter at ATT,’ is after every organization’s title at bantamweight
Courtois is undervalued but key to Real Madrid’s success
Marlins get Stallings from Pirates in 4-player deal
‘It’s going to get ugly for those guys’: How the lockout could hurt MLB’s midtier free agents
Sources: GGG bout ppd. as Japan bars visitors