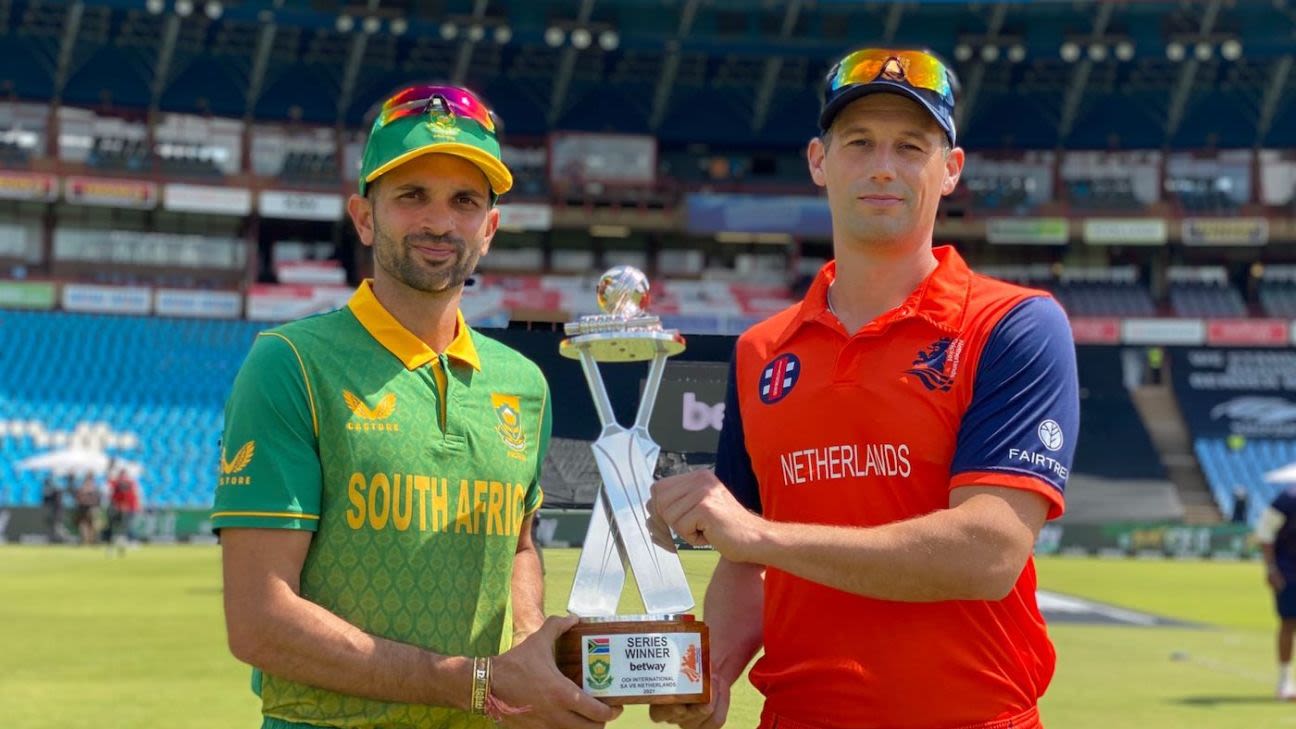 Zubayr Hamza and Sisanda Magala were handed their ODI caps as South Africa fielded a new-look side for their opening ODI against Netherlands. There were recalls for Kolpak-returnee Wayne Parnell, wicketkeeper-batter Kyle Verreynne and middle-order batter Khaya Zondo. David Miller turned out to be the most experienced player in the team after South Africa chose to rest six regulars, including captain Temba Bavuma, for this series.
Netherlands made three changes from the last ODI they played, against Ireland in June. Batter Colin Ackermann, allrounder Roelof van der Merwe and quick Brandon Glover, all of whom were born in South Africa, came into the side for Musa Ahmed, Ben Cooper and Logan van Beek, respectively. Neither Cooper nor van Beek are part of the touring party. The other South Africa-born player in the Netherlands’ XI is opening batter Stephan Myburgh, who will partner Max O’Dowd at the top of the order.

The fixture marks the start of South Africa’s home summer, which has been thrown into doubt after a new Covid-19 variant was discovered by scientists in the country this week. Travel restrictions from several countries – including the UK and Singapore – have come into immediate effect, and the Dutch administrators will be meeting with Cricket South Africa today to decide the fate of the rest of the series.

The match also begins a new era in anti-racism demonstrations for South Africa. CSA confirmed that the team will take a knee throughout the summer after being instructed to do so at the T20 World Cup.