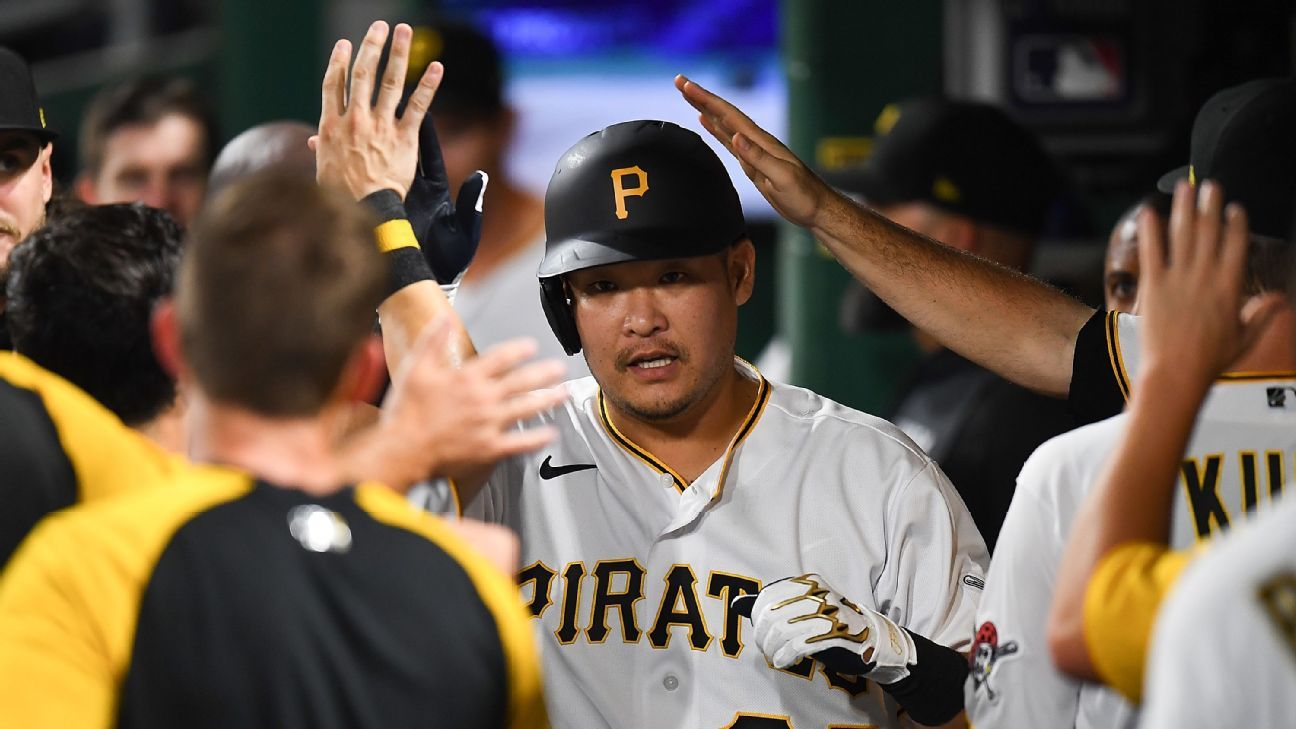 PITTSBURGH — The Pittsburgh Pirates are bringing back first baseman/outfielder Yoshi Tsutsugo on a one-year deal, $4 million deal, according to multiple reports Wednesday.

The deal is pending a physical.

Tsutsugo, 29, joined the Pirates in August after being released by the Los Angeles Dodgers. He played well over the final six weeks of the season, hitting .268 with eight home runs and 25 RBIs in 43 games while splitting time between first base, left field and right field.

Pittsburgh has a pressing need for a right fielder heading into 2022, though Tsutsugo is limited defensively and had trouble at times adjusting to the 21-foot high Clemente Wall at PNC Park.

Still, the left-handed power he flashed during 144 plate appearances would be welcome over a full 162-game slate for a team that finished last in the majors in home runs by a wide margin.

The well-traveled Tsutsugo was a star in his native Japan, where he hit 205 home runs over the course of a decade before signing with Tampa Bay in December 2019. He hit just .217 over parts of two seasons with the Rays before being traded to the Dodgers in May.

Tsutsugo played 12 games for Los Angeles and was released in August after batting .120. The Pirates, who are in the midst of a top-to-bottom rebuild, scooped him up, and he made an immediate impact. Tsutsugo doubled in his first at-bat with Pittsburgh, collected at least one hit in four of his first five games and proved capable of handling first base.