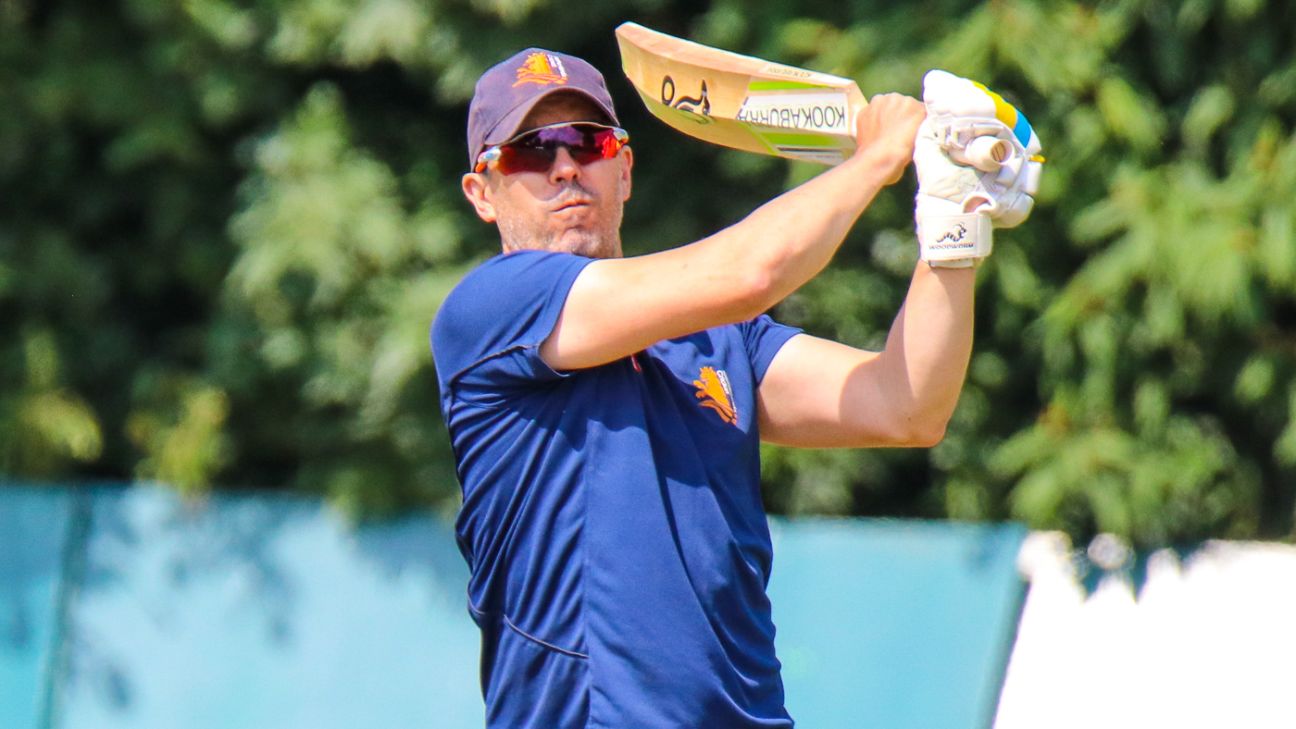 Campbell and his team are in South Africa for a three-match ODI series which is part of the Super League, which is set to disappear after just one edition. The 13-team league will decide the countries for the coming World Cup, which will be made up of hosts India and the nine best-placed finishers. But for 2027, the top 10 teams in the ICC rankings at a scheduled cut-off date will qualify directly. Four more will be added to the main draw after a global qualifier. This, Campbell says, will further minimise the chances of smaller teams getting to play against top-ranked nations.

“The Super League was always meant to give that 13th team, an Associate, an opportunity to play the best teams in the world. It was the first time in the history of Dutch cricket that cricket was shown live on Dutch television. The scrapping of the Super League was disappointing for all Associate countries but that’s the decision that’s been made,” Campbell said. “Every Associate country is wondering what next? How do we play? Where do we get our fixtures? Is the World Cricket League Two going to stay in place? How do you get into a ranking league and compete for a spot in the 2027 World Cup? There’s lots of answers we need to find and I think that is only going to be in time.”

While Campbell said Netherlands would “make the most,” of the year-and-a-half they have left to compete against the likes of England, West Indies, Pakistan, New Zealand and Afghanistan, he urged Full Members to develop a better understanding of the Associate game and commit to cricket’s growth.

“I was lucky enough to be involved in the greatest team for Australian cricket and while I was there, I had no thought of what goes on in Associate cricket. I had no idea. I was drafted to go to Hong Kong and that was my first hard look at Associate cricket and the rigours you’ve got to go through, mostly unpaid. It really gets under my skin that the top cricket teams in the world – and I am trying not to be political here – but the facts are that we should be leaving this game in a better state for future generations.

“We can come out and say we want to be the most participated sport in the world and go on and ‘blah blah blah’ but if you’re not giving opportunities to the best Associate teams or teams lower down the scale to improve and go up against the big ten, it’s very frustrating. If you follow the game, teams ranked 11, 12, 13 are very close to teams 14, 15 and 16.

“I just get the feeling that sometimes individual countries forget that it’s supposed to be a world game. I think it was Donald Bradman who said we are supposed to leave the game in a better position when we go and I would ask that question of all the big teams: are they doing that or are they just worried about their own backyards and interests?

“When you look at the last division of (ICC) money that was split up, England and India and Australia wanted more and that came out of the Associate pool and then within weeks, they were announcing billion dollar new TV rights deals which is pretty frustrating.

While the last financial model did favour the Big Three countries in a massive way, the money that went to them also came out of the ICC cutting down operational costs. It wasn’t all from the Associates’ coffers.

Keshav Maharaj, South Africa’s stand-in white-ball captain, said he supports playing as much as possible, against as many different teams as possible, because it will make his side stronger. “It’s really important. The more we play, the better we get and the more we gel as a unit,” he said. “From a tactical point of view, we can try various combinations, see what works, see who fits in. I would love to play more against any nation, whether deemed as a smaller nation or a bigger nation. Cricket is really important and match time and game time is really important.”
Campbell knows that better than most. The Covid-19 pandemic has affected Associate teams like his more than most, with Netherlands going almost two years without any ODI cricket. They came out of that drought with a series against Scotland and then upset Ireland 2-1 as well to gain 20 points but they remain last on the points table. Campbell is optimistic they can climb the ladder though.

“Our short term goal is to finish 10th in the Super League. That’s always been our goal. That sounds a bit brash but this group of players will always set out to not just survive but show what we are all about,” he said. “We’ve got a lot of good professionals playing in the county system but also back home. It’s really important for us that we go out there and to inspire the next generation of Dutch cricketers but also to show the world that we can compete against the best teams in the world.”

While historically, the Dutch have done that, their most recent performances have slipped. They failed to qualify for the Super 12s at the recently completed T20 World Cup and Campbell hopes they will move on swiftly from that to make a statement in South Africa. “We had a disappointing World Cup but three bad games of cricket shouldn’t define this group,” he said.