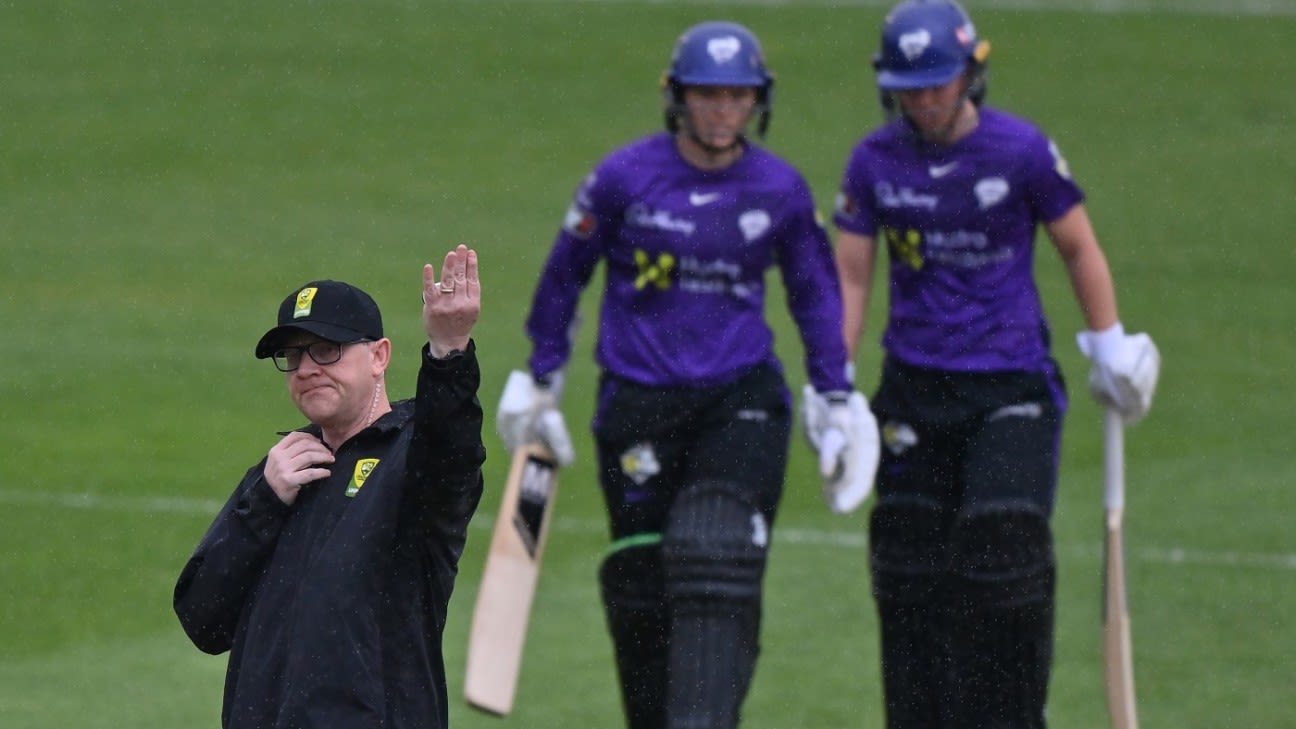 Hurricanes were 5 for 107 when rain ended the match against Strikers. Game two between Stars and Heat was abandoned without a ball bowled.

Rain has ruined the WBBL double-header at Invermay Park in Launceston with Hobart Hurricanes clash with Adelaide Strikers called off after 16 overs while Melbourne Stars clash with Brisbane Heat was abandoned without a ball being bowled.

Strikers started superbly in the early match with Darcie Brown‘s new-ball blitz putting Hurricanes on the back foot. She bounced out Ruth Johnston in the third over and then forced a mistake from the in-form Rachel Priest in the 5th over.
Mignon du Preez steadied with Nicola Carey sharing a 43-run stand before Amanda-Jade Wellington struck twice in four balls. Carey fell trying to paddle scoop, popping up a simple catch to the wicketkeeper. Richa Ghosh was deceived by a beautiful wrong un and adjudged lbw although it was touch and go to hit leg stump.

Du Preez fell for 39 just as the rain came down with Naomi Stalenberg stuck on 21 not out. The rain was unrelenting with no prospect of the game recommencing prior to the second match of the double-header starting at 2pm.

Game two was called off shortly after the scheduled start time with the Stars and Heat unable to take the field at all.