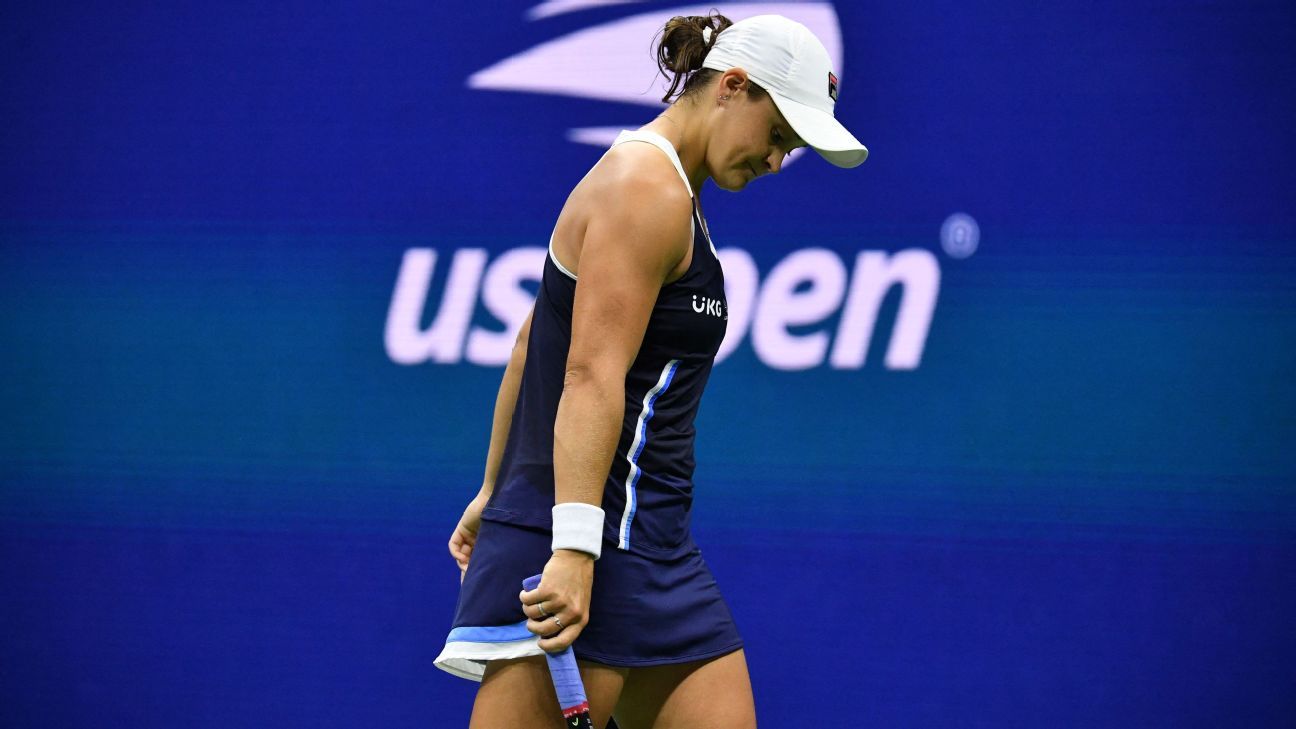 Australia’s world No.1 hasn’t played since the US Open in September and says her full focus now is on preparing for the Australian summer and another tilt at her home grand slam in Melbourne.

The 25-year-old added another five titles to her credit this season, including a second major at Wimbledon in July, and is assured of ending as year-end No.1 for a third straight campaign.

Follow the teams you love, ignore the ones you don’t. The ESPN App is the best way to get the live scores, news and videos you want ANYWHERE, ANYTIME.

Barty pocketed the biggest cheque in tennis history for some $6.4 million after winning the WTA Finals in Shenzhen in 2019 before last year’s edition was cancelled because of the pandemic.

Not wanting to endure a second two-week stint in quarantine in barely two months, having returned home to Queensland in September, Barty has opted against travelling to the relocated 2021 WTA Finals in Mexico in mid-November.

“I wanted to let everyone know that I won’t be competing in any further tournaments in 2021, including the WTA Finals in Mexico,” Barty said in a statement on Saturday.

“It was a difficult decision but I need to prioritise my body and my recovery from our 2021 season and focus on having the strongest pre-season for the Australian summer.

“With ongoing challenges of travelling back to Queensland and quarantine requirements, I am not willing to compromise my preparation for January.

“I wish the WTA team and the players all the best for a successful WTA Finals and the rest of the year.”