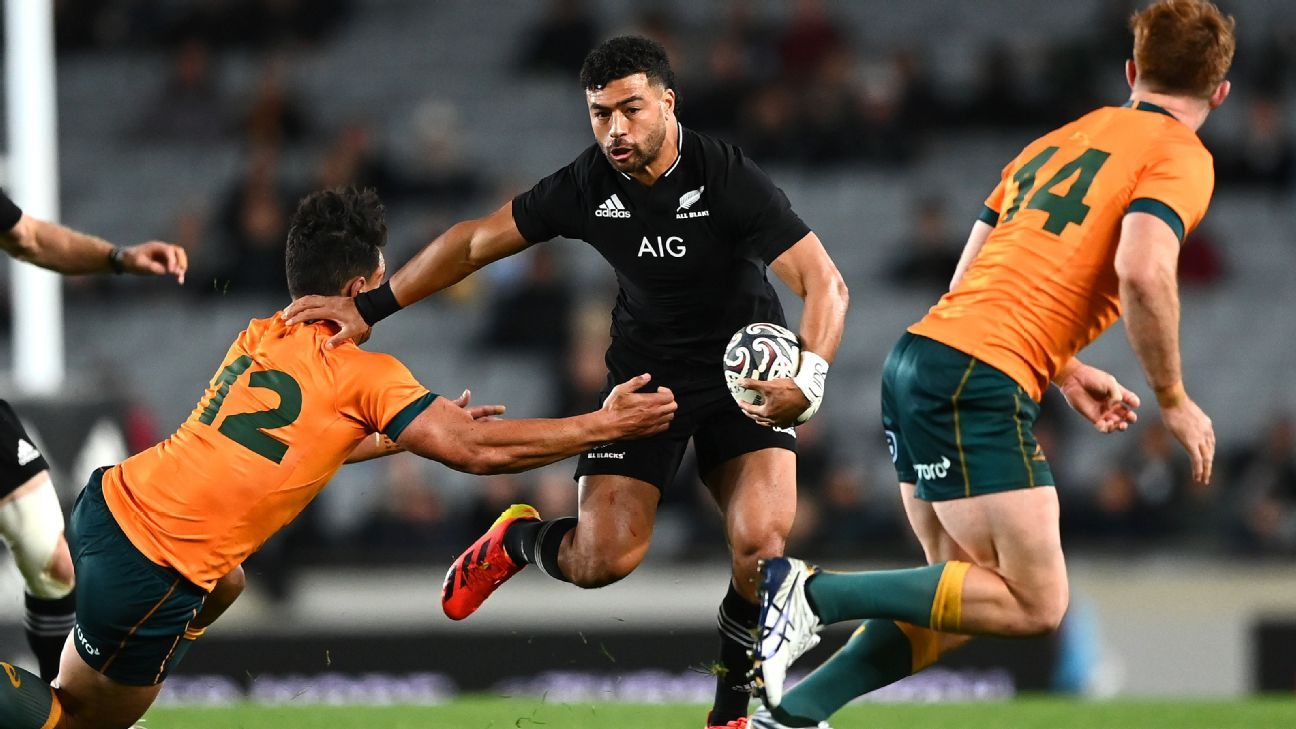 Richie Mo’unga will make his first run-on start for the All Blacks since Bledisloe II when he pilots an inexperienced but dangerous New Zealand outfit for the Test against the United States in Washington D.C.

Mo’unga replaces Beauden Barrett at No. 10, with the Blues playmaker having held the position after Mo’unga stayed at home for the birth of his baby through the middle rounds of the Rugby Championship.

Mo’unga did arrive in time for the final Test against South Africa, but given he had served two weeks quarantine selectors saw it fit to ease him back via the bench.

The Crusaders star is joined in the halves for the FedEx Field clash by the Blues’ Finlay Christie, while Quinn Tupaea and Braydon Ennor form a new-look midfield combination.

In-form fullback Jordie Barrett has been given the week off with Damian McKenzie slotting into the No. 15 jersey, while George Bridge and Will Jordan round out the back three.

Skipper Sam Whitelock leads a forward pack with five players who have fewer than 10 Test caps to their name, while No. 8 Luke Jacobson has 10 exactly.

The All Blacks are expected to run up a huge score regardless, with the USA having lost its most recent Test to Uruguay, which also means they are still to qualify for Rugby World Cup 2023.

“We’ve had a great week’s build-up here in Washington DC,” All Blacks coach Ian Foster said. “The early part of the week was about recovering from our travel and getting clarity around some concepts in our game and we have slowly been building in intensity and getting into our work.

“The chance for us to play in a new city and new stadium is pretty special and the group is really excited and looking forward to the occasion. It’s time to get back into our groove after our break in Australia and with a number of players having not played for awhile. It’s time to get our game going again and we are ready to go.”

New Zealand last faced the Eagles in 2014, the All Blacks triumphing 74-6 in Chicago.