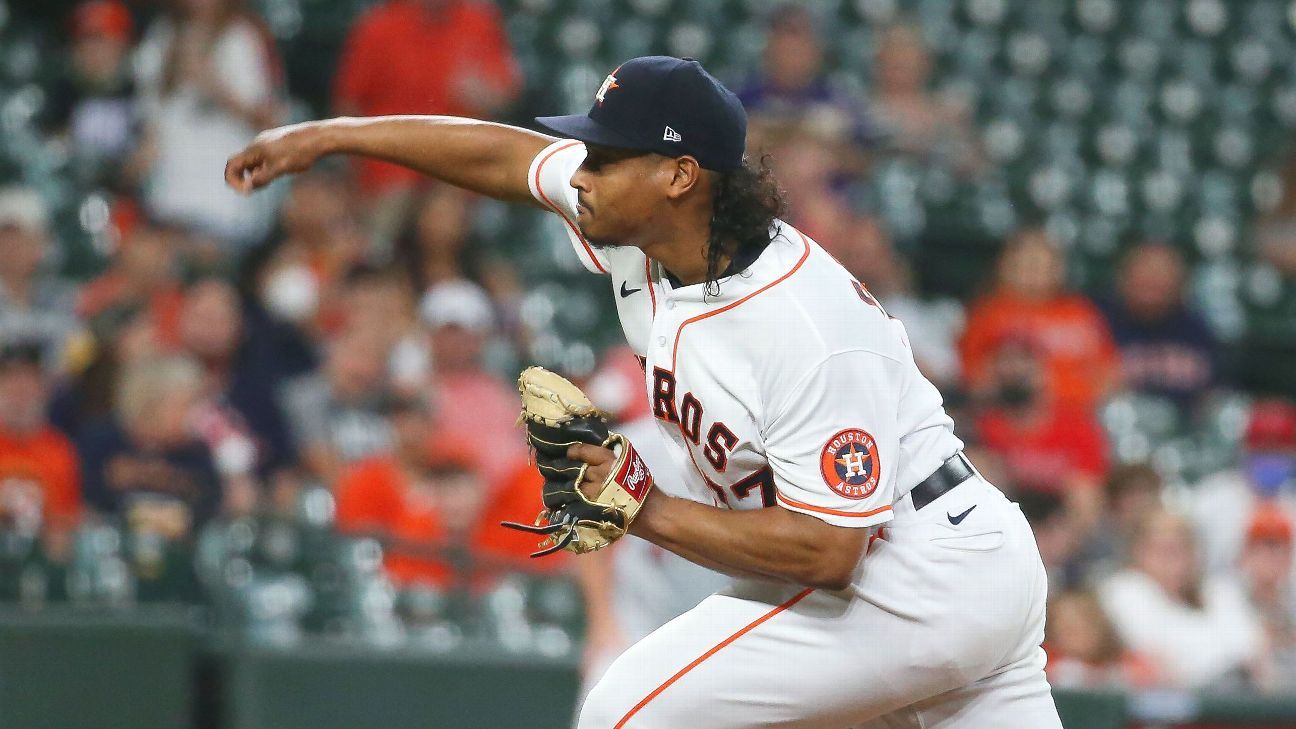 The Houston Astros will start rookie Luis Garcia against the Boston Red Sox in Game 6 of the ALCS on Friday night, manager Dusty Baker announced on Thursday afternoon.

Garcia, 24, left Game 2 of the series on Saturday with right knee discomfort, one batter into the second inning, and has only pitched 3⅔ innings this postseason due to the injury and ineffectiveness. He’s given up 10 runs on seven hits and six walks.

Baker declared him ready after Garcia adjusted his delivery during bullpen work and is hopeful the righty can pitch the Astros into the World Series. They lead the ALCS 3-2.

“All I can do is go on his word, go on the trainer’s word, and go on Strommy’s [pitching coach Brent Strom] word,” Baker said. “They said that he didn’t feel anything … I just hope whatever adjustment that they made that he is not thinking through the act of pitching while he is making his adjustment.”

Garcia will be opposed by right-hander Nathan Eovaldi, who was the losing pitcher in relief in Game 4.

The Astros fell behind 2-1 in the series after two big wins by the Red Sox. But they rode their powerful offense to consecutive victories in the past two games to take the series lead and move within a win of advancing to the World Series for the second time in three seasons.

The Astros won the championship in 2017, a crown tainted by the team’s sign-stealing scandal, before losing to the Washington Nationals in seven games in the 2019 World Series.

The Astros got eight terrific innings from Framber Valdez in a 9-1 win in Game 5. The performance gave Houston’s taxed bullpen a much-needed break after relievers pitched 29⅓ innings combined through the first four games.

Baker said Jake Odorizzi would be available for long relief Friday if needed. Odorizzi threw 82 pitches in four innings in Game 2 after taking over following the injury to García.

Baker also said rookie center fielder Jake Meyers, who hasn’t played this series after injuring his shoulder in the final game of the ALDS, probably wouldn’t return to the lineup in this series.

“He might pinch run, pinch hit if needed, where he may not have to go out and play the field unless it’s just an emergency or maybe even left field because it’s not a very far throw,” Baker said.

Fellow rookies Chas McCormick and rookie José Siri have filled in at center against the Red Sox.

Houston is without ace Lance McCullers Jr. for this series because of a flexor pronator muscle strain in his right arm. Baker said Thursday that McCullers still hasn’t resumed throwing, so it’s unclear if he would be available to return if the Astros were to advance.

If necessary, Game 7 would be Saturday night in Houston.

Information from the Associated Press was used in this report