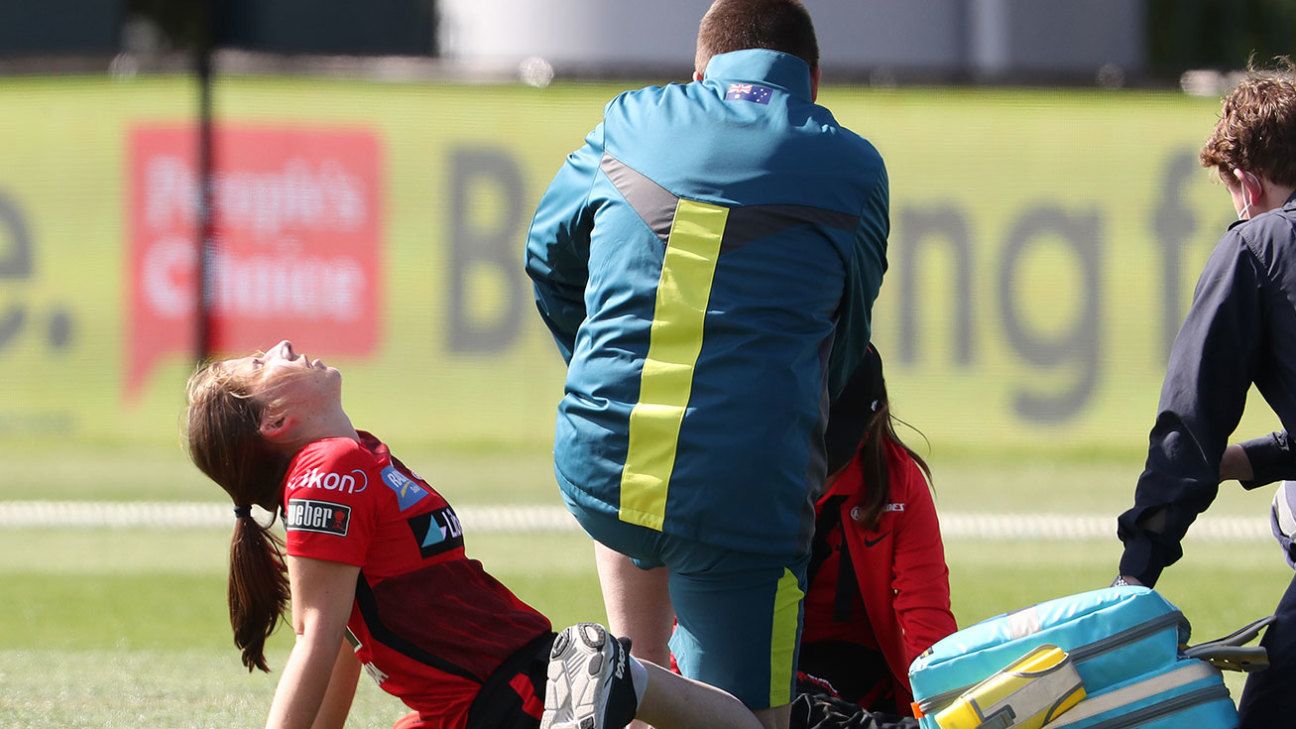 Georgia Wareham is a serious doubt for next year’s Ashes and ODI World Cup after suffering a ruptured ACL while fielding against Adelaide Strikers on Wednesday which has ruled her out of the WBBL.

Wareham was in significant pain on the outfield after attempting to make a stop and though she was able to walk from the ground, scans have shown the severity of the injury to her left knee, the same one where she has previously had ligament reconstruction.

Melbourne Renegades and Cricket Australia have yet to give a timeline for Wareham’s recovery but the Ashes in January would appear off the table. The ODI World Cup starts in New Zealand begins in March.

“She had an ACL rupture on the same knee at the age of 14 whilst playing AFL which was reconstructed using a synthetic (LARS) ligament,” Australian team doctor Pip Inge said. “Whilst in the field yesterday she had an instability episode of the left knee resulting in a rupture of the graft.

“As a result, she will be unavailable for the remainder of the WBBL season. Cricket Australia and Cricket Victoria medical staff are working in consultation with Georgia on the longer term management plan.”

Wareham also suffered a disrupted WBBL last season due to a bone stress reaction in her leg but returned in the second half of the season. She recently made her Test debut against India on the Gold Coast.

Her spin pairing with Sophie Molineux was a key part Renegades’ plan in the WBBL and the duo had already made an impact this season.

Australia have good depth in their spin bowling but Wareham has been the only legspinner in the squad over the last few years. Her injury could open the door for Amanda-Jade Wellington who last played for Australia in 2018 while Alana King could also come into consideration.
This article was originally published by Espncricinfo.com. Read the original article here.
Share on Facebook
Share on Twitter
Share on Google+
Share on Pinterest
Share on LinkedIn