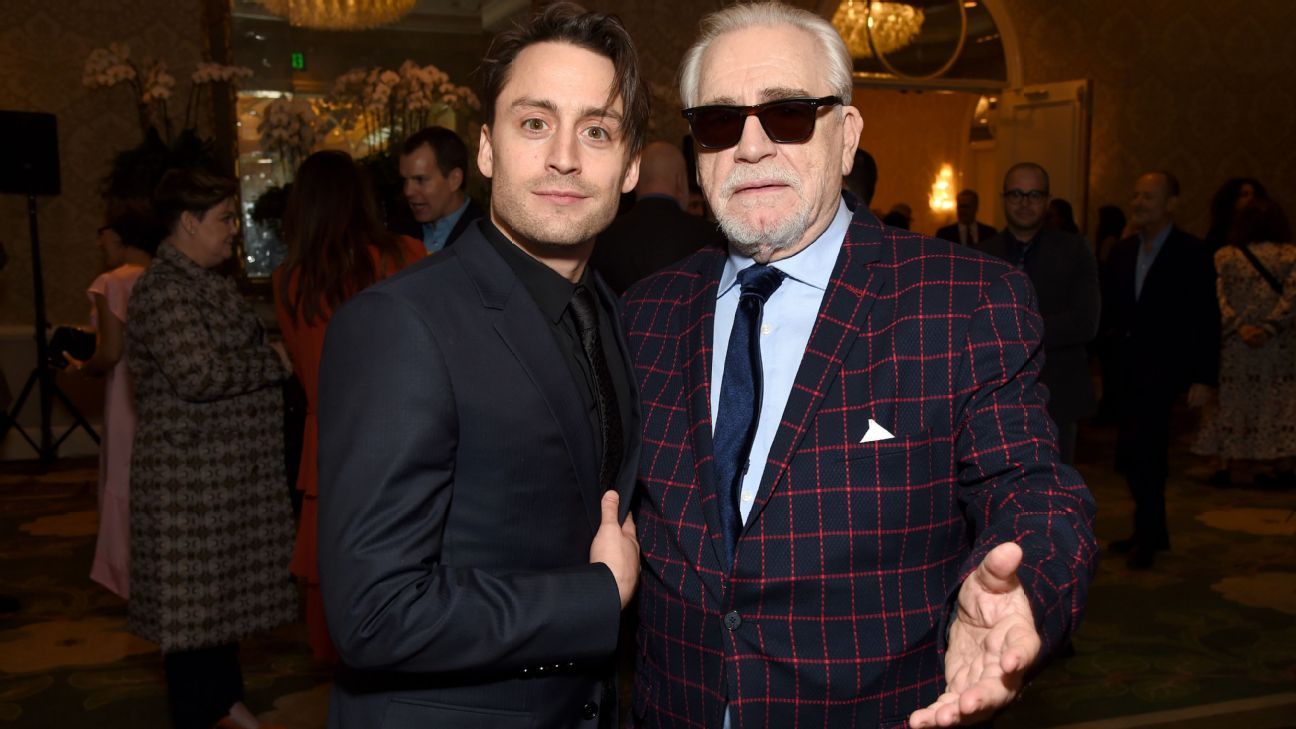 With the new season of hit U.S. show “Succession” arriving this week, Scottish club Heart of Midlothian gave a nod to the part they played in one of the satirical comedy-drama’s most memorable moments.

As unlikely as it may sound, Hearts made an appearance in season 2 when Roman Roy (played by Kieran Culkin) attempts to impress his father, Logan (Brian Cox), by buying the club as a gift for the media mogul in the mistaken belief that he supports them.

The gesture backfires spectacularly on Roman when he discovers that his billionaire father actually supports Hearts’ bitter Edinburgh rivals Hibernian. As the realisation dawns that he has bought a football club that neither he nor his father wants to own, a stunned Roman can only react by asking: “Really? Are you sure?”

Hearts teamed up with UK streaming service NOW TV to help promote the launch of season 3 of “Succession” on their platform by creating a batch of 100 custom home and away shirts that bear the sponsor marque of Waystar Royco, the fictional media corporation owned by Logan in the show.

For the uninitiated, “Succession” charts the fortunes (quite literally) of the Roy family and in particular the familial bickering of Roy’s various offspring as they vie to succeed their father at the head of the business. It also happens that Hearts head coach Robbie Neilson is a huge fan of the Golden Globe and Emmy award-winning show.

“We were so excited as a club to feature in one of the main storylines of one the biggest TV shows on the planet,” Neilson said. “Just like the Roy children, we’re a club battling for the one place at the very top. Unlike the Roys, though, we know we can only get there by working together.”

Hearts players Ben Woodburn, Beni Baningime and Steven Kingsley posed at Tynecastle while proudly wearing the limited-edition jerseys, which will be given away in a competition that raises funds for MND Scotland, the UK-based motor neurone disease charity whose logo usually adorns the front of Hearts’ home shirt.

Ahead of the launch of Season 3 of #Succession, we teamed up with @NOW to pay tribute to our favourite Hearts-related storyline.

🤩 We’ve got limited edition shirts to give away – RT for your chance to win!

Hearts have forged a bond with MND Scotland in the memory of former club captain Marius Zaliukas, who lost his long fight with motor neurone disease in 2020 at the age of 36 years old.

There is no indication that Hearts — who became the UK’s largest fan-owned club this summer — will actually play in the Waystar Royco-sponsored kits, but they do go down as perhaps the world’s first real-life football team to be sponsored by an entirely fictional company.

In a slightly ironic twist, Hearts are due to play Dundee FC in the Scottish Premiership this weekend — Dundee being the city where the character Logan Roy and actor Brian Cox were both born and raised. Cox is even related to former Dundee FC centre-back Bobby Cox, who captained the side when they won the Scottish league title in 1962.

However, we can only assume that having Logan Roy support hometown club Dundee FC and his son purchase their rivals Dundee United by mistake was considered to be too confusing for an international audience, so the “Succession” writers opted to centre the storyline around the Edinburgh divide instead.