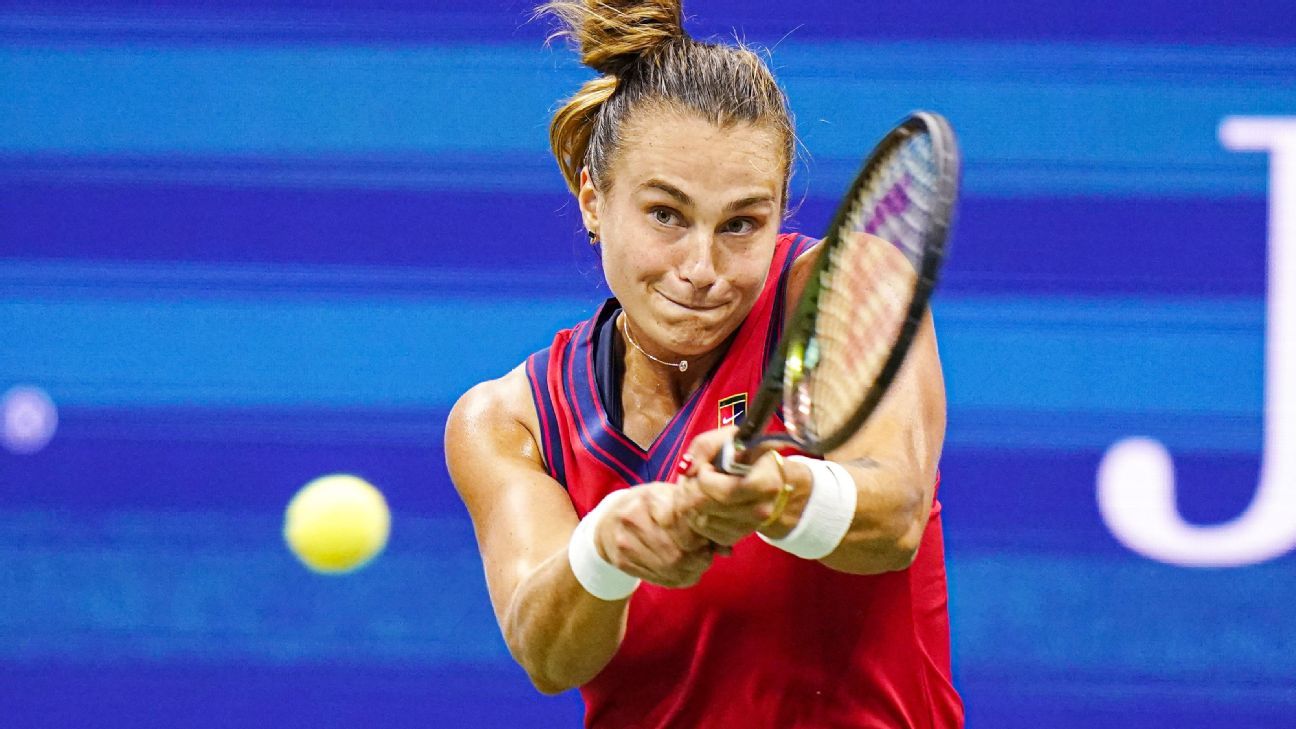 MOSCOW — Aryna Sabalenka played her first match since reaching the US Open semifinals and subsequently testing positive for COVID-19, beating Ajla Tomljanovic 7-6 (2), 4-6, 6-1 on Wednesday to reach the quarterfinals of the Kremlin Cup.

The second-ranked Belarusian, who had a bye in the first round, had 10 aces but also made 30 unforced errors.

“She’s a tough opponent for the first match after a long time out on a break,” Sabalenka said. “I calmed down a bit and started playing well.”

Sabalenka had not played since her three-set loss to Leylah Fernandez in the US Open semifinals. She was due to play in Indian Wells, California, but said she tested positive for COVID-19 the day before play started.

She will next play Ekaterina Alexandrova, who beat Anhelina Kalinina 6-4, 6-1.

Garbine Muguruza reached the quarterfinals by beating Tereza Martincova 6-4, 4-6, 6-3. She will next face either Anett Kontaveit or Andrea Petkovic.