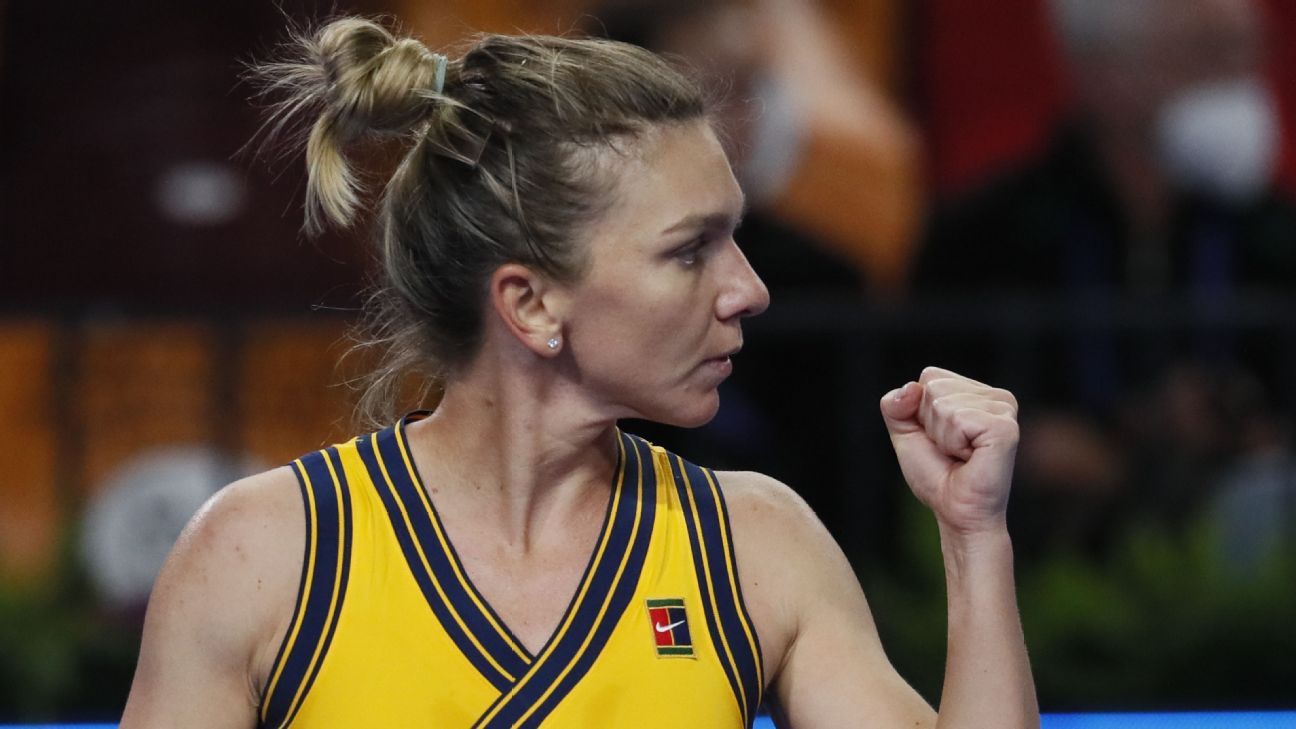 MOSCOW — Simona Halep started her campaign at the Kremlin Cup with a straight-sets win on Tuesday, but Ons Jabeur retired from her first-round match.

Halep won 6-1, 6-4 against Anastasia Potapova despite losing her serve three times and next plays Veronika Kudermetova in the second round after the Russian beat 18-year-old qualifier Oksana Selekhmetova 4-6, 7-6 (3), 6-4. Halep hasn’t won more than three consecutive matches since returning in August from a three-month layoff with a calf injury that kept her out of the French Open and Wimbledon.

Eighth-ranked Jabeur retired when 6-1, 1-0 down against Ekaterina Alexandrova. There was no immediate information from the Tunisian or the WTA about the reason for her retirement, which makes it harder for Jabeur to qualify for the WTA Finals.

Marketa Vondrousova eliminated seventh-seeded Elena Rybakina 6-4, 6-4 and plays qualifier Lesia Tsurenko in the next round.

Anett Kontaveit won 6-3, 6-3 against Katerina Siniakova to set up a second-round match with experienced German Andrea Petkovic, who was leading 2-6, 6-0, 2-0 when her opponent Jelena Ostapenko retired.