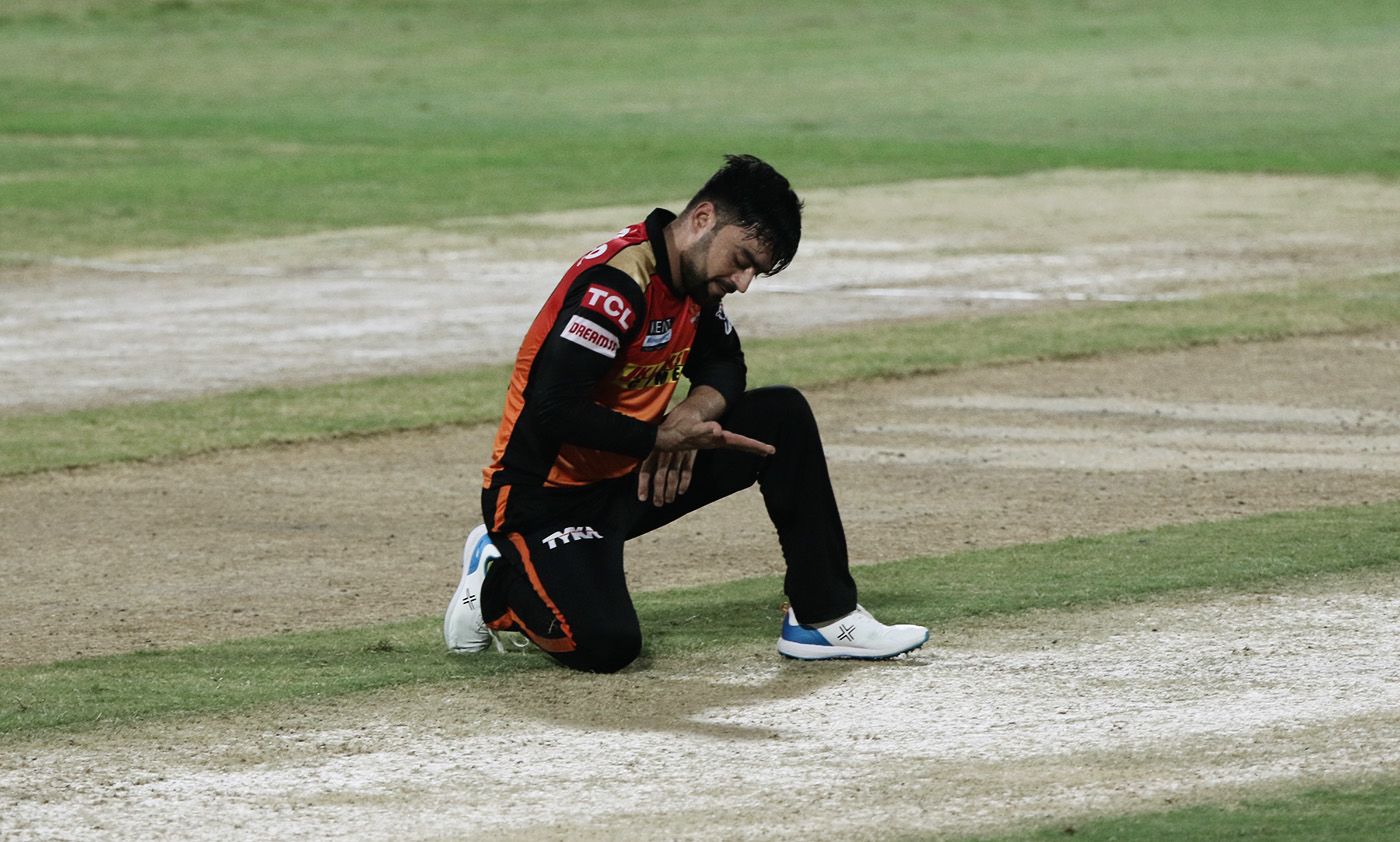 “As we have seen in the IPL, spinners have brought back their team in the game; I feel that will be same in the World Cup as well.”

Afghanistan’s strike bowler Rashid Khan believes the 2021 T20 World Cup could belong to spinners. Rashid, who will be playing his second T20 World Cup, said that the spinners are always “effective” on the pitches at three venues in the UAE, where the Super 12s, as well as the semi-finals and final will be played.

“Conditions here are always good for spinners and it should be a spinners’ World Cup,” Rashid told The Cricket Monthly. “Doesn’t matter how wickets are prepared here, it is always helpful for the spinners. Spinners will play a huge role in this World Cup. As we have seen in the IPL, spinners have brought back their team in the game. I feel that will be same in the World Cup as well. The best spinners will bring their team back in the game and win it.”

While his IPL franchise, Sunrisers Hyderabad, finished last on the points table, Rashid had another good season finishing with 18 wickets, the joint-highest for a spinner along with Yuzvendra Chahal and Varun Chakravarthy. Incidentally both Chahal and Rashid were among the top-10 wicket-takers even in the 2020 IPL which was fully played in the UAE as opposed to the just the second leg of the tournament this season.

Overall in both IPLs in the UAE, the spinners have played a dominant hand at each of the three venues: in Dubai they have taken 30.8% of the total wickets taken, 30.1% in Sharjah, and 32.1% in Abu Dhabi.

All these three venues will host the Super 12 matches as well, starting from October 23, along with the knockouts rounds. If the surfaces are to be on the slower side, Rashid felt a good spinner would always turn it to his team’s advantage. As an example, Rashid cited the low-scoring thriller in Dubai during the league phase of this IPL where Kolkata Knight Riders stuttered before eventually chasing down the Sunrisers’ 115-run target with two balls to spare.

All the four spinners – Rashid, Chakravarthy, Shakib Al Hasan and Sunil Narine – played a key role for their teams making scoring difficult on a gripping surface.

“On October 3, we played against KKR, they had around four spinners, all of whom bowled at an economy of 4-5 runs per over. Doesn’t matter whatever the kind of wicket is spinners are always effective in UAE conditions. At the same time we need to bowl well as well, it is not just enough to say everything will be done by the wicket. No, no, no.”

According to Rashid, Afghanistan, who are in Group 2 along with India, Pakistan and New Zealand, would need to do “lots of hard work” considering all their opponents in the Super 12s are “good players of spin”. Afghanistan have played 14 T20Is at the three venues in the UAE and have won all of them.

In the 2016 edition, Afghanistan progressed to the Super 10s’ stage, but could manage just a solitary win when they defended a 123-run target against the eventual champions West Indies.

Rashid, who stepped down as captain on the eve of the World Cup, pointed out that for Afghanistan to do well this edition, the batters will have a big responsibility.

“As long as you have a good total, if it is a slow track, skiddy, as a spinner it is very, very helpful because you can show your skills there and you can get the wickets. In this World Cup if you bat well, we [Afghanistan] can beat any side.”

(The Rashid Khan interview will be published on October 20. In a long chat, Rashid talks about how he became a cricketer by accident, how he sharpens and polishes his best tool which is length, his grounded upbringing, stardom and type of batter that rattles him).