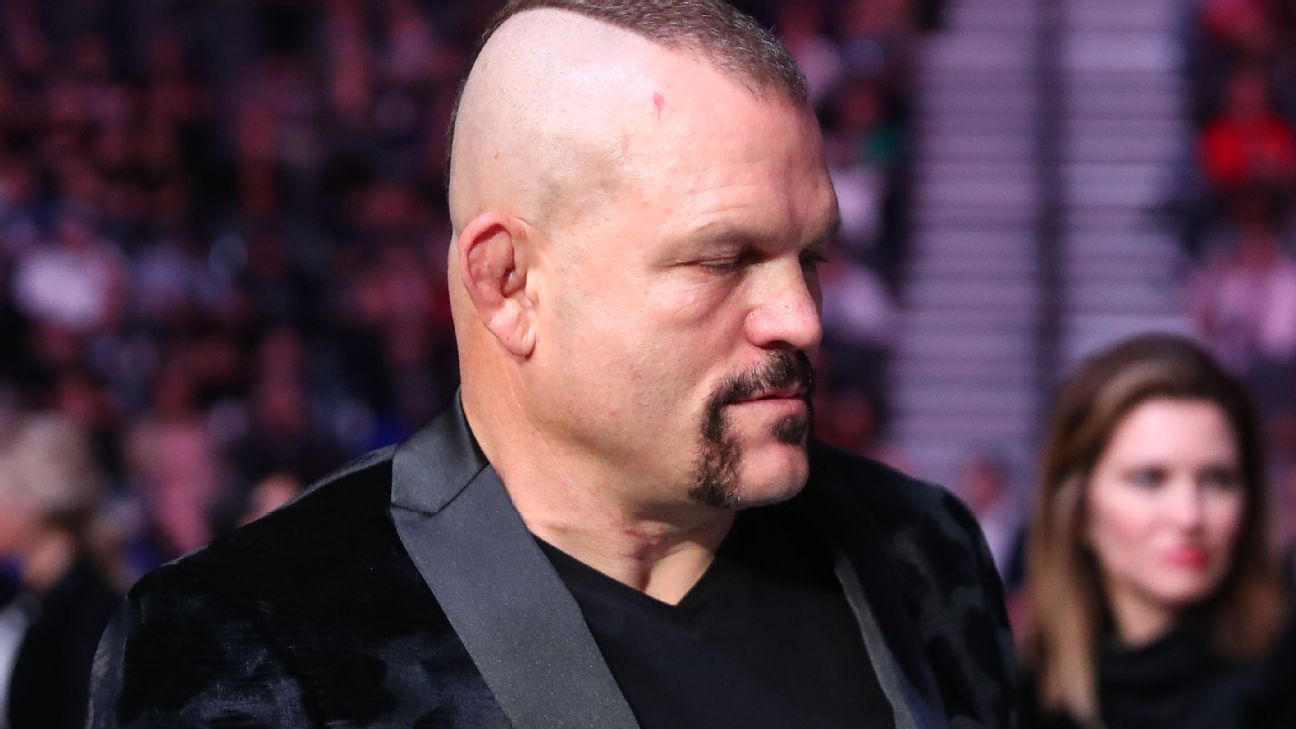 No charges will be filed against UFC legend Chuck Liddell after a domestic violence arrest Oct. 11, per a document obtained by ESPN from the Los Angeles County District Attorney’s office.

The listed reason for why prosecution will not be pursued was “lack of sufficient evidence,” and the comments stated that “the arresting officer concurs.” Both Liddell and his wife, Heidi, were named in the document as suspects, each facing a charge of intimate partner violence.

The case was classified as a “cross complaint” where Liddell and his wife accused each other of being the aggressor in a “minor domestic violence incident.” Heidi had no visible injuries, per the document, while Liddell had a “slight red mark on his cheek and a small red mark near his chest.” Police interviewed the Liddells’ daughter, who stated that she saw her parents pushing each other, but did not see who started the incident.

Los Angeles County Sheriff deputies responded to the Liddells’ Hidden Hills, California, home in the morning hours of Oct. 11 with regards to a domestic disturbance, per the LA County Sheriff’s Information Bureau. After determining there had been a physical altercation, officers took Liddell into custody on a charge of domestic battery. Liddell was released on $20,000 bond later that morning.

A few hours after his release, Liddell posted a statement on his Instagram, stating that he was the victim but volunteered to go in his wife’s place.

“This was one of the many times I have tried to shield a family mental health issue from the public purview,” Liddell wrote. “It has become painfully apparent that this cannot continue, as our private life has now reached a public breaking point. Please respect our privacy as I help to navigate our family through this difficult time.”