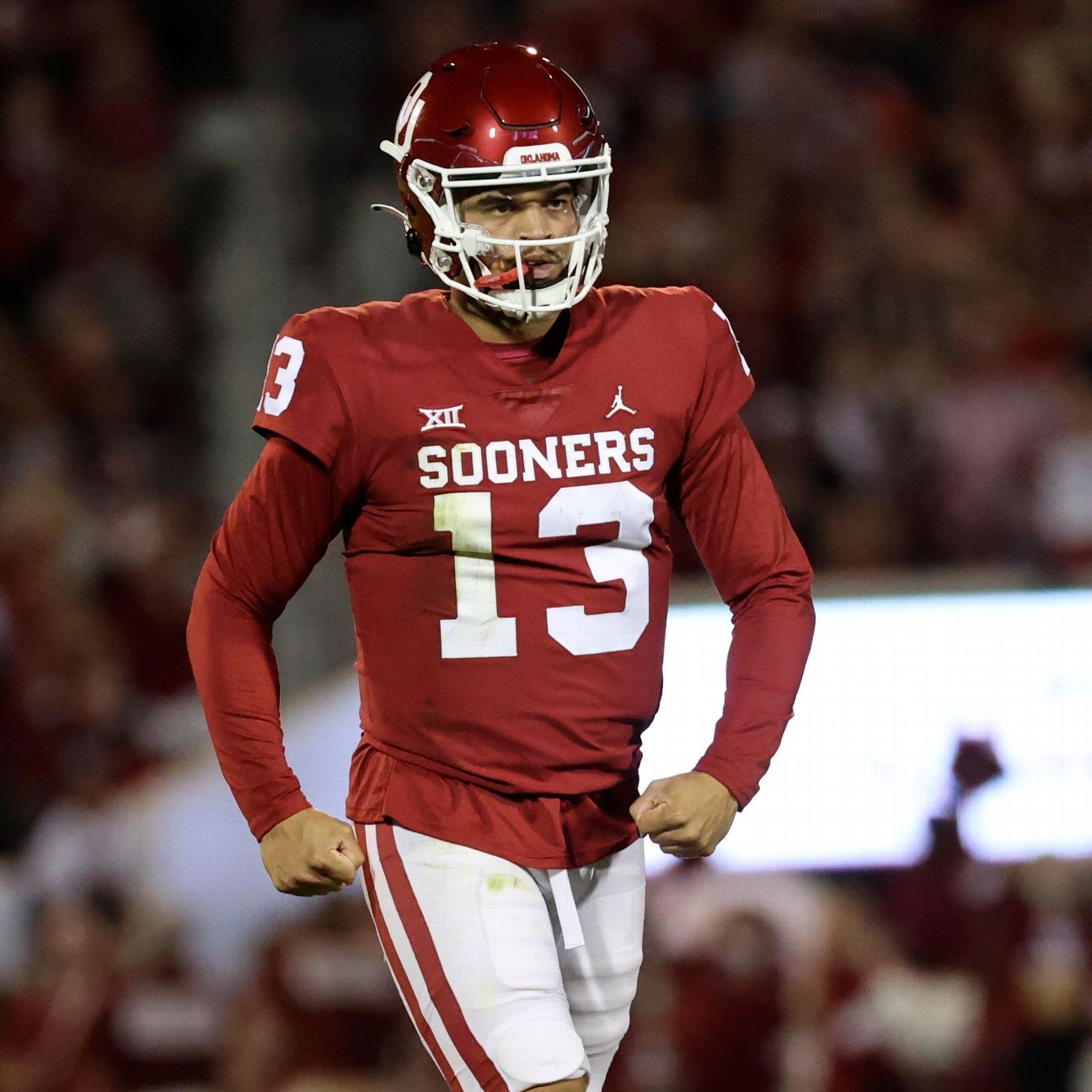 Freshman Caleb Williams dazzled in his first start for Oklahoma on Saturday, throwing four touchdown passes and running for another as the No. 4 Sooners beat visiting TCU 52-31.

Williams became the first true freshman to start at quarterback for Oklahoma since Cale Gundy (a Sooners assistant since 1999 and OU’s current co-offensive coordinator) in 1990. Williams completed his first 10 passes against the Horned Frogs, with his first incompletion coming on a dropped pass in the end zone by Austin Stogner with about 12 minutes left in the second quarter.

Williams ended the night going 18-of-23 for 295 yards and added another 66 yards rushing, including a 41-yard touchdown run in the third quarter. The Sooners had 525 yards of offense on just 58 snaps, an average of 9.1 yards per play, and drew three pass interference penalties on long pass attempts that might have otherwise gone for big gains.

While Sooners coach Lincoln Riley said after the game that he decided on making switch from Spencer Rattler to Williams in midweek, the public announcement was made about 15 minutes before kickoff. An enthusiastic Oklahoma crowd, which had chanted, “We want Caleb,” at the last home game — a 16-13 win over West Virginia — cheered wildly when Williams was announced with the starting lineup.

The decision ended speculation after initial questions about who might be the starter. The OU Daily, the student newspaper, reported on Tuesday that Williams took the majority of the first-team reps in practice based on a vantage point from a public building on campus, prompting Oklahoma to cancel all media availability for the remainder of the week.

“I think both those guys handled the week extremely well, considering all the circumstances,” Riley said, adding that it felt mostly like a “normal week.”

Rattler, the preseason Heisman Trophy favorite, was benched after two turnovers early in the Sooners’ game last week against Texas. Williams came off the bench with OU trailing 35-17 to ignite a furious comeback in Oklahoma’s 55-48 win.

As a redshirt freshman last season, Rattler threw for 3,031 yards and 28 TDs with seven interceptions — including just three of those over his final seven games — and completed 47 passes of 20 or more yards, which ranked ninth nationally.

This season, Rattler has thrown for 1,371 yards and 10 touchdowns with five interceptions as the Sooners’ offense struggled. Rattler’s 71.9 QBR ranks 30th nationally.

Riley has defended Rattler, saying the offense’s struggles aren’t completely on him. Riley said Saturday night he would’ve had no problems playing Rattler.

Kyoji Horiguchi, the ‘best fighter at ATT,’ is after every organization’s title at bantamweight
From Michigan winning The Game to Bedlam living up to its name, Rivalry Week had it all
LeBron returns negative tests, cleared to play
Cristobal: Ducks offer in works; others will pursue
Team USA opens WC qualifying with win vs. Cuba